An introduction to Additive Manufacturing 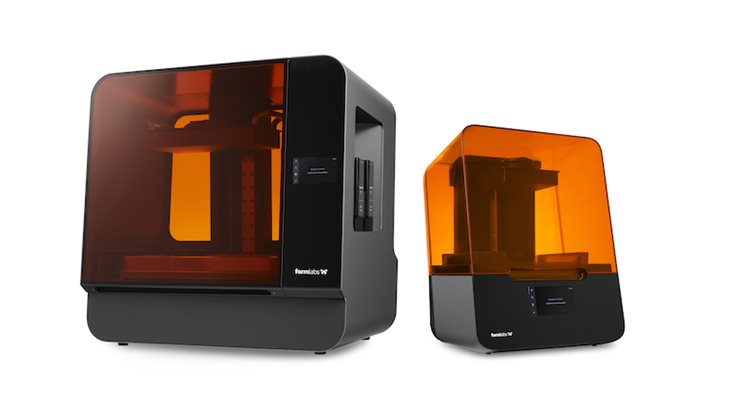 Nessan Cleary offers a short introduction to 3D printing as well as detailing the many different types of 3D printers currently available.

The term ‘3D printing’ is a bit misleading as there’s not much in the way of printing, at least not in the way that anyone from the graphics printing world would understand. That said, many wide format professionals are used to working with CAD files to produce packaging, point of display stands and other three-dimensional objects so 3D printing shouldn’t be too much of a challenge.

The basic concept is to take the design for an object and slice it into layers using slicing software. The 3D printer then creates the object, putting down one layer at a time, adding each layer on top of the previous one until the object is complete. It can be quite a slow process, depending on how big each object is, though many 3D printers can be set to print multiple objects side by side within the build chamber in the printer.

Nowadays 3D printing is widely used to produce prototypes, jigs, moulds and final parts, and is increasingly becoming an acceptable manufacturing process. For this reason 3D printing is also known as additive manufacturing. There are a lot of different 3D printing technologies - too many to list them all here - so for this story we’ll go through some of the major types, and the materials they can work with. Be warned, there are quite a lot of TLAs - three letter acronyms - to get through! 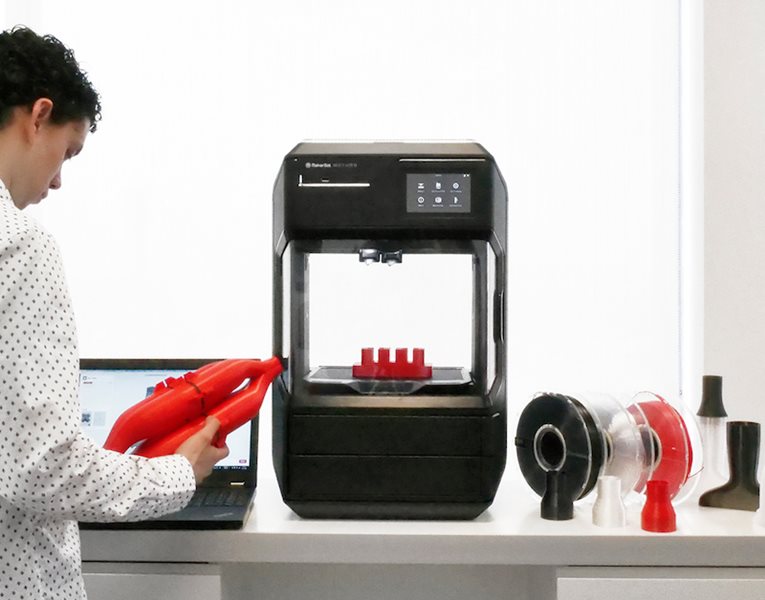 Perhaps the most common method is Fused Filament Fabrication, or FFF, also known as Fused Deposition Modelling, or FDM. This uses a spool of thermoplastic filament as its raw material. The filament is fed through a heated extruder, which melts it in order to lay it down to form a layer. The layers bond together as the material cools to form the object. There are a lot of desktop-sized FFF/ FDM printers, mostly quite capable despite their relatively cheap pricing. Resolution depends on how fine the nozzle on the extruder is, with a trade-off between high resolution and faster printing speeds.

There’s a good choice of materials, from hard plastics like ABS through to flexible options such as TPU, as well as more exotic materials laced with nylon or carbon fibre for improved strength. 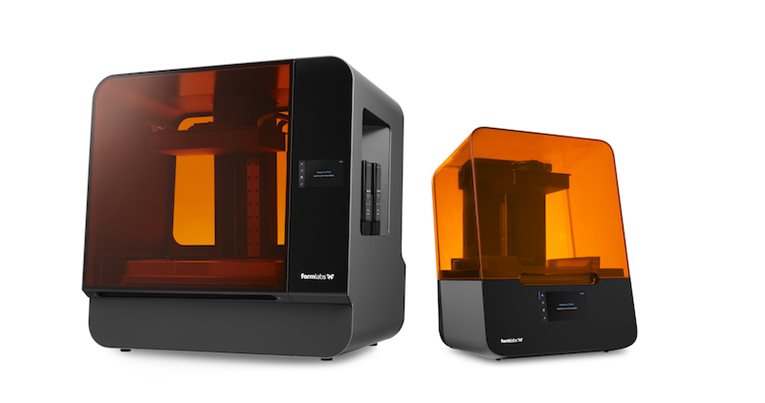 The next step up is stereolithography, or SLA, which uses photopolymer resin-based materials. The process starts by filling a vat with the photopolymer liquid. A beam of ultraviolet light then traces the pattern of the first layer onto the surface of this liquid, causing a chemical reaction that solidifies the liquid where the light has touched it. The build platform is lowered, more resin added, and a second layer is traced on top of the first, and so on. In some cases, a vat with a transparent bottom is used and the light is shone through from the underside, creating the object from the bottom of the tank upwards.

These printers are also mostly desktop machines and usually more expensive than FFF/ FDM printers, but there’s a more specialised range of materials, for uses such as prototyping or producing casts for moulding, as well as bio-compatible resins for dental and medical use. They generally give a smooth finish with fine detail but lacking in high strength.

Digital Light Processing or DLP is a variation on SLA printing but instead of a laser it uses a digital light projector to shine an image of a complete layer, which is much faster than tracing that layer with a laser.

One of the oldest forms of 3D printing is Selective Laser Sintering, or SLS. It’s suitable for all sorts of materials, from plastic to metal as well as ceramic and glass, which start off in a powdered form. The powder is spread out in a build chamber and the laser writes a pattern in the powder, with the laser fusing together only those particles that it heats to form the first layer. The bed of the chamber is then lowered and more powder is spread out, and the process repeated with each layer fused to the last until the object is finished.

This process allows for incredibly intricate objects, such as turbine radiators that require many internal fins. However, SLS machines tend to be expensive because they require good temperature control and, of course, a high-powered laser so they are mainly limited to commercial use.

Similar to SLS is Selective Laser Melting or SLM, which is also known as Direct Metal Laser Melting. There’s a good choice of metal alloys, including various grades of aluminium and steel alloys. This method also uses a high-powered laser to produce metal objects but it completely melts the metal powder, rather than just sintering the powder particles together, which means the parts are denser. The build chamber is usually filled with an inert gas such as argon to limit the potential for fire or explosion but which also requires careful handling and is only suitable for commercial use.

Electron Beam Melting or EBM works in a similar way. In this case, the laser produces electron beams and melts the metal powder together, and it requires a vacuum rather than an inert gas. It involves high temperatures, up to 1000ºC, but can produce very strong, dense objects and is particularly suited to titanium alloys.

Binder Jetting uses an inkjet printhead to jet an adhesive to literally glue the powders together. The powdered material is spread out on the bed, and the pattern of the first layer is written in the powder by jetting the adhesive to bind the powders together. The bed drops down and more powder is spread across, and the process is repeated layer by layer until the object is completed.  There’s usually a separate finishing step where the object is fired to melt away the remaining binder and ensure that all the layers are fully fused into a single object.

The process can be adapted for use with plastics, metals and ceramic materials. The great advantage of using inkjet printheads is that it’s relatively cheap to scale the process up, for example, adding more heads for greater productivity.

Inkjet printheads can also be used for another method, Material Jetting, which can deposit the material itself in precisely the right place to form each layer. This also is good for plastics, metals and ceramics. However, material jetting faces some of the same problems as with graphics printers, namely the risk of the larger particle clogging the printheads and the need to get rid of the liquid carrier used to jet the material once the printing is done.

In conclusion, the choice of which type of 3D printer to invest in largely comes down to finding a balance between the cost of the printer, against the materials you want to use, and the quality and strength that you require for the finshed objects.

Stay tuned as we will come back to this subject in a couple of months and look at some of the applications that 3D printers can be used for.