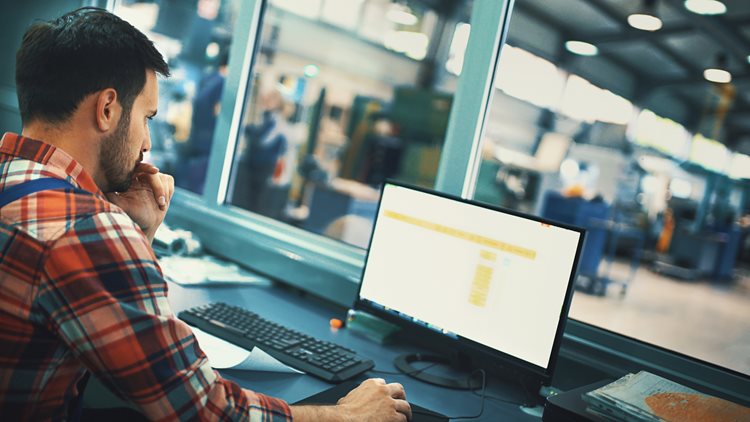 In April 2014, SAi announced a new offering, software by subscription. Mikki Webb, SAi’s VP of Sales and Customer Experience for North America discusses the success of this innovative approach in the intervening years.

How do software subscriptions work and why did SAI decide to offer this option?

At SAi, our sales team and resellers know our customers and potential customers well. We knew that many signmakers were small businesses that could benefit from Flexi and EnRoute software, and we wanted to find a way for them to access them without a large capital investment.

This model achieves that and enables such businesses to better manage their cash flow. Subscription software has no up-front cost, just a low monthly operating cost, and it doesn’t depreciate in value over time. We also estimate that it would take five-and-a-half years of monthly subscriptions to equal the conventional purchase cost. Subscriptions also enable more businesses to take advantage of the full range of business and productivity features beyond the RIP and output drivers and lets them offer a broad range of capabilities.

Pack all that together and it becomes evident why the model is a better choice for most sign and print businesses.

What was the initial reaction to the idea of subscribing to software?

When the subscription program was launched, “software as a service” was a very new concept. It’s fair to say that, not unexpectedly, our biggest uptake in the early days was in North America where subscription internet use was already established in the entertainment sector and the concept didn’t need explaining.

Since then, subscribing to Adobe, Microsoft, Amazon Prime, Netflix, and other services is much more common around the world. As a result, the concept has now been more readily embraced by customers of all sorts: new, old, large, small, Flexi and EnRoute.

Is there a customer profile that subscriptions are particularly attractive to?

Subscription software enables small companies to compete effectively against much larger companies. Having the latest technologies and low overheads is a huge advantage for them. Also, companies that experience large peaks and troughs in demand can benefit from the option to turn their subscriptions on and off as needed. For example, some sign and display companies might experience seasonal surges in business, such as around the Christmas period, while others might draw trade from major sporting events at different points in the year.

In the six years since its launch, have there been changes to how it works?

Not insofar as the purchasing model itself. What has changed is that there have been major upgrades to both Flexi and EnRoute since subscriptions began. Businesses with subscriptions receive these upgrades automatically. Indeed, that is one of the advantages of having a subscription: as with all software, updates are being made all the time and subscribers always have the latest versions.

Companies don’t usually do things solely for the benefit of customers. What are the benefits of the subscription program to SAi?

This is a fair question. There are, of course, advantages for SAi – but these are also shared by customers, too. The biggest advantage is that we have grown our potential customer base enormously. Companies that could never before afford Flexi and EnRoute now can. The advantage for them is that they can increase production and offer more complex products.

Also advantageous is that, with delivery from the Cloud and automatic invoicing, the cost of sales is reduced. Reductions in packaging and delivery costs are significant, too – but these are also clear wins for the signmakers. They can subscribe, add seats and options, or suspend their subscriptions 24/7/365. There’s no waiting, and the software is ready to use – no upgrades to a CD version are necessary.

Another benefit for SAi was that it was the first company in the industry to introduce the subscription model. We’ve always claimed to be a leader, but introducing subscriptions is easily verifiable.

It’s also worth noting that our subscription software offers more features than the traditional offerings. For example, subscribers get features such as FindMyFont, VirtualSign, and five free downloads from Sign Design Elements a month.

Can you give us some idea of the numbers of uptake?

As of Q1 2020, there are now more than 14,500 subscribers to Flexi and EnRoute. Subscription software is now a much more common concept around the world. Uptake of the subscription option is accelerating, and last year there were more than 2,000 new subscribers.

Companies are more comfortable with the idea and an increasing percentage of new sales are for subscriptions and many older companies are converting to it.

Why would companies not want to take out subscriptions?

(Laughs) We’ve been wondering why for six years! However, as I mentioned initially, in some regions the online subscription culture is not always as advanced as others. Perhaps there are also places where limited internet availability is a deterrent.

Additionally, there are companies that simply like to own their assets and eschew hire-purchase schemes and leasing. Bearing in mind the very small size and family nature of many sign businesses, this approach may have served their businesses well in the past. To them I say, take another look at subscriptions; they’re there when you want them and insofar as our own offering, we include free telephone and email support, which is not something all software companies can lay claim to.

Are there particular trends that you are seeing as your customer base grows (as a result of subscriptions)?

I think there are three main trends that can at least in part be attributed to subscriptions: Increase of versatility. With fully featured software and the ability to drive up to five printers and cutters, new products are being offered by small shops. The addition of FlexiDYESUB opens a whole new realm of products. Secondly, the ability to compete. Small shops, or larger independent ones can tap into new markets. We see small businesses in all our markets undertaking work on behalf of customers for delivery well outside their previous areas – sometimes by many hundreds of miles. Thirdly, we are seeing our customers grow. We see family businesses that had three or four people that are now employing 16 staff.

Can productivity really be improved?

Absolutely - as an example, in the American southwest, a customer with three employees recently reported a 300 percent increase in output as a direct result of adding Flexi. It is unlikely that this company would have invested in Flexi without the subscription option.

Apart from the low cost of access to SAi workflow software, and increased productivity, are there other financial benefits to signmakers for using the subscription option?
You mean if low cost and improved productivity isn’t enough?! One of the leading financial reasons for using a software subscription is that it can be paid for from revenue. Often, the whole monthly cost of Flexi ($49.99), Flexi Design ($29.99) or EnRoute ($89.99) can be recovered in a single job. As I mentioned previously, it would take less than six years of monthly subscriptions to equal the conventional purchase cost. Of course, by then, the software via traditional license would be out of date, while with a subscription, it would be the latest and most-up to date available in the world.

SAi will be exhibiting at the FESPA Global Print Expo 2020 from 6th – 8th October 2020 at the IFEMA exhibition centre in Madrid. The Global Print Expo 2020 will be the meeting place for the industry to connect with over 700 exhibitors, showcasing their product innovations and demonstrating their solutions for screen and digital wide format print, textile printing and signage. Once registration is live use Promo Code FESH201