PrintFactory: making the jump to automation 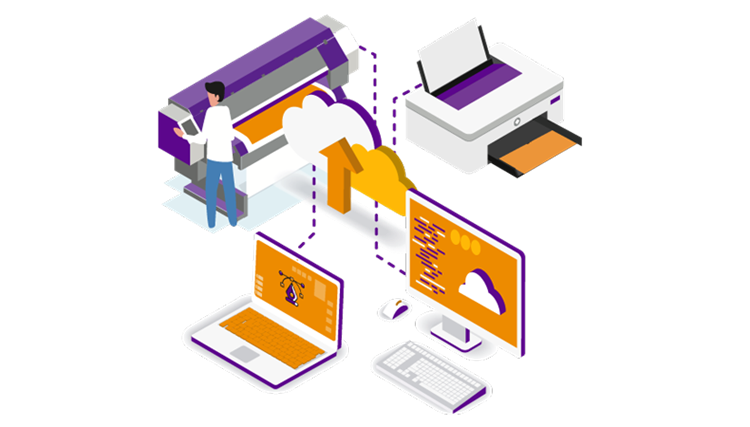 Automated workflows bring major cost savings and production efficiency gains, so why are so few printers making the transition?

Automation. It’s a technological phenomenon that’s gradually seeping into every element of our lives. From home appliances and vehicles to financial products and application forms, automation technology exists to make processes faster, more accurate and more efficient for everyone involved.

According to scenario modelling by the McKinsey Global Institute, automation stands to raise productivity growth by up to 1.4% annually, with more than half of today’s work activities undergoing potential automation by 2055. Industries across the board are exploring what this means for them, and the print sector is be no exception.

However, PrintFactory’s white paper, ‘Redefining Wide-Format Workflows to Realize Revenue at Every Opportunity’, reveals that up to 92% of print shops in North America are still relying solely on touchpoint solutions in their operations. This means that only 8% of what is already a large market has adopted what is an inevitable technology.

Curiously, though, the 2017 North American Software investment Outlook report from Infotrends and Keypoint Intelligence indicates that some 31% of printers recognised “investment in automation software as the answer to their productivity and workflow challenges”. So why this disconnect? Or, more exactly, why such a low uptake to begin with?

“There are lots of barriers – or should I say, perceived barriers – for large format printers,” says Toby Burnett, EMEA director at PrintFactory. “They have concerns about cost, or redundancies. And there’s very much an overarching attitude of ‘Well, this is just how we’ve always done it’ and so that’s how they intend to keep on doing it.” 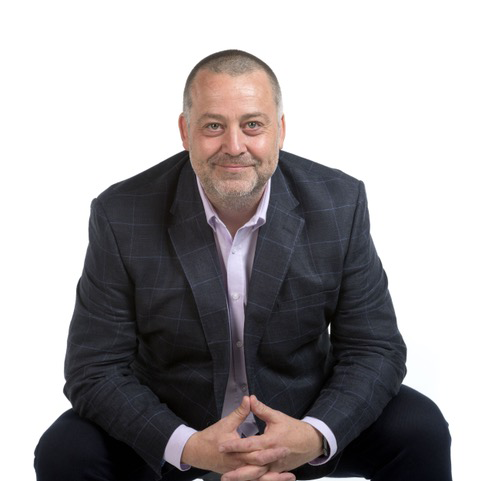 As PrintFactory’s report notes, when production bottlenecks occur or quality inconsistencies arise, printers typically tend to look at replacing expensive hardware instead of considering a software solution such as an automation platform: “It is safer, more familiar to look to the kit – not what is driving it.”

And for large format printers especially, switching things up can seem overwhelming because of the numerous variables involved. “There’s a huge amount of variation,” says Toby. “Display, signage, banners, all in different sizes, different substrates and in different run lengths. Collating all that information to automate the process feels like a big task. Simply put, people aren’t automating their workflow because they think it’s difficult.”

But while Toby concedes that making the cold jump straight into “fully lights-out, industry 4.0 automation” is a challenge, it shouldn’t be viewed as the main objective for printers. “We talk about the ‘automation journey’,” he explains. “Where printers grow into automation with easy-to-use, scalable software solutions that start off by taking care of tasks that waste time and productivity. Repetitive tasks, for example, or error checking. These elements can be automated easily, freeing up staff to focus on other tasks and helping get jobs out more quickly and accurately.”

PrintFactory’s automated solution is scalable, and at its most basic level enables printers to create job templates, eliminating the need to continually plan up repeated jobs. It also manages the files associated with each job and – crucially – ensures a job’s colour outputs are consistent no matter which printing device it’s sent to.

“Let’s say I’m using a touchpoint system for a job for a logo,” Toby explains. “I open it up in Illustrator to correct it and save it as a PDF. Then I have two files, the original and the corrected one. Then I might use InDesign to do a nest, so I open that up and take the PDF and do the nest, and then I’ll have a third file. Every time I do that a new command is written. Every time I work between the applications I can have a mismatch in colour, spacing or format – there’s a whole host of commands that can happen that aren’t necessarily correct.

“And then, for example, I’ve got two RIP printers. I might have a Canon and a HP, and each one has a different RIP, with different colour management. Each one of those RIPs will have a variation of some form in how they handle the PDF. So not only do I now have three iterations of the PDF – the original, the edited and the nested one – if I’m then going to print that job to two different devices, then the PDF has a reasonable chance of behaving differently between them.”

PrintFactory’s system mitigates these risks because its Editor, Layout and RIP applications all use the same PDF engine and printer profiles. Set up the job once using its intuitive interface and you can see exactly how colours, layers and transparencies will RIP and how the PDF will print. “And if you make any changes to that PDF you don’t overwrite the file,” says Toby. “The applications basically send a set of instructions to the RIP Server saying, ‘When you get this file, this is what has to be done with it.’”

The beauty of the system, says Toby, is that once you’ve done this, you’ve got a template for future jobs, which can simply be re-used next time the same order comes in. As PrintFactory’s white paper states, “Ultimately the technology is a quality assurance and reputational management tool. Investing in a system that ensures ‘live’ print jobs are right first time, every time – and could be repeated to the same exacting standards, while improving time efficiencies – makes complete commercial sense.”

Indeed, the commercial benefits are significant. According to the white paper, ‘normal workflows’ relying on canned profiles, various RIPs with their proprietary colour and PDF engines and a somewhat colour managed system – sometimes even ICC profiling using a spectral device – are estimated to cost at least US$500 per three-cycle job in non-billable time. With 35% of the time typically spent getting ‘print-ready’ and 20% on colour management, it is easy to see how only marginal improvements in both of these areas could bring about significant time and cost benefits.

The system also pays dividends in terms of scheduling and delivery, helping printers to further optimise their production efficiency. An automated workflow means jobs no longer need to be committed to a specific output device until the very last minute, so if the device suddenly goes offline, the nest of jobs can be instantly diverted to another device. The same goes with a switch in priorities, accommodating the scheduling of more urgent runs to print quicker. Similarly, if orders are cancelled these can easily be removed from the nesting schedule and replaced with a different job.

All of this can add up to impressive efficiency increases. PrintFactory’s white paper states that the solution makes it “entirely possible to achieve revenue growth potential of up to 100%”, but some companies are even surpassing this. Visual merchandising company the Bernard Group, for example, says the system has enabled a 250% increase in job volume while increasing its pre-press and production staff by just 20%. 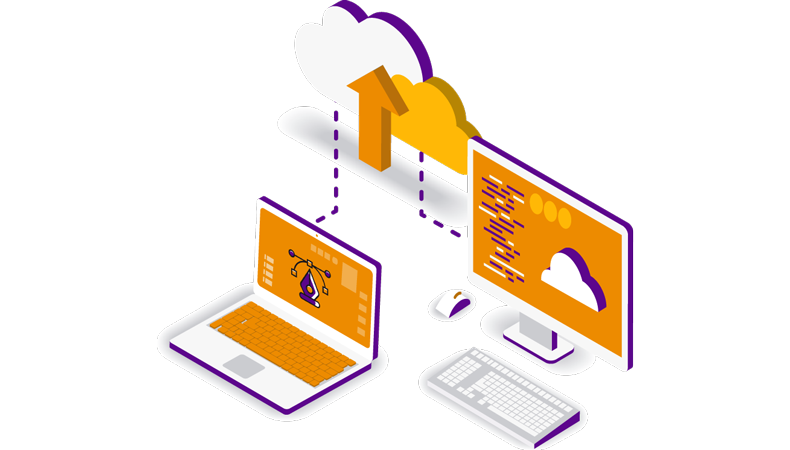 As the company’s colour manager Alan Stratton explains: “It is generally difficult to make colour management work in a busy environment like wide format production but this software means we can now easily correct a colour drift on the printers by a simple recalibration. With our previous RIP system we could never get printers to match this closely. We have reduced the time it takes to make all seven printers match perfectly from 63 to 18 hours, a reduction of more than 70%.”

He adds: “The way the PrintFactory workflow works is also much faster and efficient. Before, about 10% of the files Bernard processes needed correction. On average, it would take up to four hours before print production could start, and the machine was usually idle for up to three hours. Those idle hours are very expensive. The new software has reduced the need for retouching a file by more than 90%, with less than 1% of jobs needing correction. The presses rarely stand still – we have almost tripled our sales numbers.”

If you typically use Creative Suite, for example, you can turn off 30% of those licenses

Cost-wise, the system basically pays for itself, says Toby. Instead of paying thousands for individual colour management and workflow applications, PrintFactory’s cloud-based platform can cost as little as £700 a year, based on a SaaS (software as a service) license for an HP Latex 560. Then there are cost-savings in terms of reduced ink consumption – between 15% and 25%, according to Toby – and a reduced need for additional software licences. “If you typically use Creative Suite, for example, you can turn off 30% of those licenses,” says Toby. Plus, you’re likely to see reductions in media wastage and a more efficient use of material rolls, which means further savings and a decent CSR boost – something that’s becoming an increasingly central focus to business operations.

“The business case for adopting an automated workflow is pretty clear cut,” Toby concludes. “Every printer wants these kinds of benefits, but they have reservations about making the first jump because they think it’s too high. It’s not. Automation can be introduced little by little, and it’s an inevitable technology. Printers are definitely better off exploring their options and taking their first steps now, rather than waiting until everyone else has done it and being left behind.”