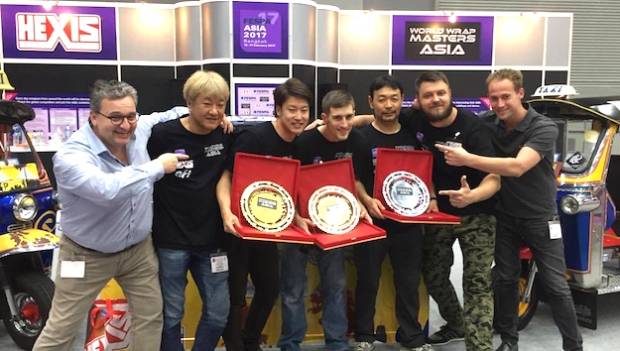 Scott Humble, who was recently declared winner of this year&rsquo;s Asia World Wrap Masters event in Thailand, has spoken about the &ldquo;amazing honour&rdquo; at claiming the title.

Humble, who owns Mad Wrapz in North Carolina in the US, was able to see off a host of competition at FESPA Asia last month and claim the top honour. He will now go on to compete at the World Wrap Masters Finals at the main FESPA 2017 show, which runs from May 8-12 in Hamburg, Germany.

Speaking to FESPA about the Thailand event, Humble said that to be placed in the category ‘elite’ for any profession is an honour that “cannot be expressed solely in words”.

“I feel that other elites can agree, nothing feels better than the experience this industry offers, and the rewards that come with perseverance and dedication,” Humble said. “You must have a love for your craft, in order to obtain a certain level of success.

“I believe what enabled me to stand out was my willingness to learn, and the potential that stems from that ability to learn. Before the competition, I arrived with absolutely no expectation in winning.

“I arrived with only one expectation: To learn from the greatest in the industry.  To my satisfaction, that's exactly what happened.”

Humble was also keen to pay tribute to his fellow finalists, the judging team and series sponsor Hexis, explaining that he was able to learn a lot by working with them during the competition

“The other top three finalists, Yuki and Tadashi, taught me more in three days than I could ever have imagined to learn in such a short period of time,” Humble said.

“Though, I cannot fail to mention all the other great people I benefited and learned from during the competition; Ole Solskin Ravn, the entire Hexis crew who represented at the booth and The Battle, and each and every one of the other competitors. My lifetime quote has always been, ‘Even an expert can learn from a rookie’.”

And Humble is hoping for a similar experience at the World Wrap Masters Finals in May, where he will compete with some of the most skilled wrappers in the world.

“My hopes for the finals, just as were World Wrap Masters Asia, are to learn from the best in the industry,” he said. “Meeting and learning from some of my role models is definitely a major wish of mine.”

Ole Solskin Ravn, one of the personnel praised by Humble for his work at the event in Thailand, has been heavily involved with the World Wrap Masters this year. And with just two events before the final in Hamburg, Solskin was keen to highlight how important the initiative is to the industry.

Solskin said: “FESPA’s World Wrap Masters is important for our industry and it’s very important FESPA is focused more on making a worldwide community for the wrap industry.

“We need to establish a neutral platform where wrappers all over the world can sign in and be a part of the worldwide community. The goal must be a worldwide website where all end customers can look for a qualified wrapper, a certified tinter, a sign-maker, or other industry professionals.

This year’s FESPA World Wrap Masters Series is almost at an end, but there are still two events to go until regional winners meet in Hamburg for the final. The Brasil Wrap Masters will take place on March 15 at the Expo Centre Norte in Sao Paulo, Brazil, while the European Wrap Masters is scheduled for May 8 in Hamburg, ahead of the final on May 11.

Win a trip to FESPA 2017 with World Wrap Masters 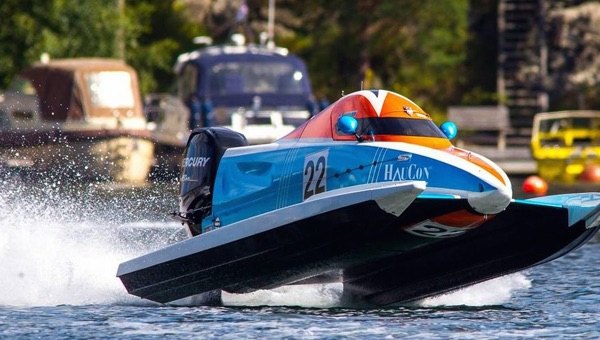 This year, FESPA has launched the Wrap Masters Design Competition, inviting contestants to create a striking design for a Formula 4S speed boat that will be used by the Haugaard Racing Team in the 2017 World Formula 4 UIM Powerboat Championship.

In order to qualify, participants will need to produce an attention-grabbing design that puts their creative skills to the test and includes the boat number (22), as well as the racing team’s logo and World Wrap Masters sponsor, Hexis’ logo.

All entries must be submitted to wrapmasters@fespa.com by Friday 10th March 2017.

Entries will be judged by Formula 4 race boat driver, Sebastian Haugaard, and World Wrap Masters Head, Judge Ole Solskin Ravn. The winning design, which will be announced on Friday 17th March 2017, will be used in the World Wrap Masters Final during FESPA 2017, which is taking place from 8-12 May in Hamburg, Germany.

The winner will also receive a free trip to Hamburg, where they will have the opportunity to meet driver Sebastian Haugaard in person and see the racing boat being wrapped with their design during FESPA 2017.

The design will be used by Haugaard Racing Team and will adorn the powerboat until the final of the World Formula 4 UIM Powerboat Championship.