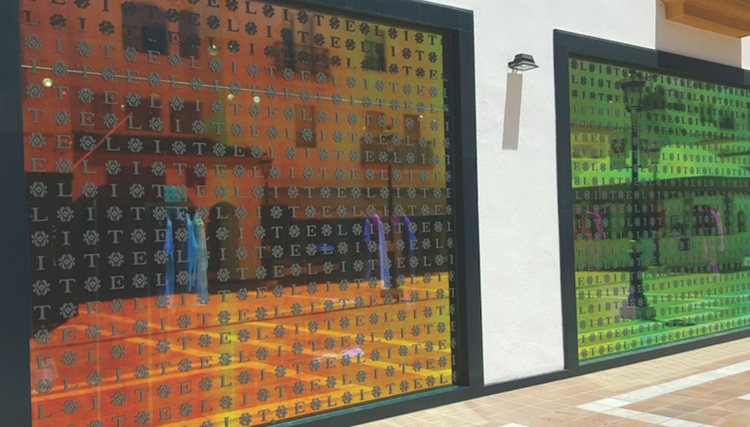 William Smith has further extended its range of decorative window films with the addition of three new materials.

Boasting a five-year durability as well as being fully REACH RoHS compliant, the VION Dichroic Film, Ambience, has been designed to create colour shifting effects on interior glass panels. With its dichroic and chameleon-like properties, the self-adhesive Ambience film changes in hue and colour with every variation in the angle of observation.

Suitable for use in a wide range of internal applications on flat and slightly curved surfaces, Ambience uses natural light to maximum effect and can be used to create shimmering effects on glass. In addition, it is scratch-resistant, durable and easy to maintain during window cleaning processes.

Contra Vision’s Campaign Clear series is a perforated self-adhesive vinyl, which can be used to create see-through graphicson retail and corporate windows. Especially designed for short-term promotional campaigns, thiscompetitively priced film, which can be used in conjunction with solvent, eco-solvent latex and UV printing technologies, offers a wide range of transparencies and features a removable, pressure-sensitive adhesive.

It provides a smoother see-through experiencewhen viewed from the inside, plus and higher quality images, due to its ground-breaking perforation pattern that features micro perforations that minimally disrupt the graphic.

Contra Vision HD Performance film will be available from February