What's next for Security printing? 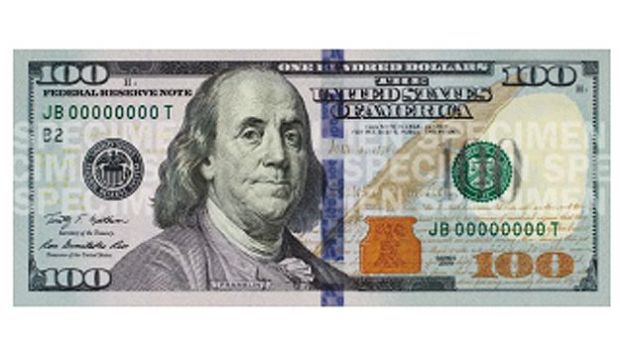 In response to widespread and advanced counterfeiting practices, the global security printing market is growing quickly - and the new $100 dollar bill, designed in America, is testament to the latest technologies and techniques available in the sector.

The security printing market is valued at $26.2 billion globally for 2013, and is forecast to grow an average of 5.6% a year to reach $34.3 billion by 2018, according to The Future of Global Security Printing Markets to 2018, a new market report by Smithers Pira.

The Middle East and Africa region is forecast to show particularly impressive growth, with market value expected to double from 2008 to 2018.

Similarly, security practices are stepping up around the globe. In this exclusive bulletin, Smithers Pira explores the impact of the new American $100 bill, designed to prevent counterfeiting.

After 17 years of development and one false start, the newly redesigned $100 dollar bills finally began circulation in the US on the 8th October 2013. Featuring a new design and a range of security features, the bill promises to bring the USA's notes up to par with other global currencies, such as the Euro.

The launch of the $100 dollar bill is the culmination of the Bureau of Engraving and Printing's (BEP) complete redesign process, which began in 2003 with the $20 dollar bill. Throughout this period, the BEP have augmented various denominations with more colour, design work and added security.

Indeed, the newly launched bill boasts a particularly impressive portfolio of security measures which are aimed to combat counterfeit practises occurring both in the US and overseas. According to Federal Reserve Board Governor Jerome H. Powell, the bill is 'easier to authenticate, but harder to counterfeit.' New features include a bell in an inkwell which changes colour from copper to green when tilted, creating the illusion of the bell appearing and disappearing. Another striking feature is the blue '3D security ribbon', which contains up to 650,000 micro-lenses embedded in the paper substrate, allowing for underlying images of bells and '100's to shift when the bill is moved.

It's no wonder the US has invested in so many new security features. Counterfeiting has serious consequences for countries and their issuing authorities. In the Smithers Pira report, The Lifecycle of Banknotes: Scenarios and Forecasts to 2022, the research company reveals how most of the attributes of printer's craft can now be replicated by modern counterfeiting techniques. In the last five years, the internet has provided new opportunities for criminals to gather esoteric information concerning processes and procedures for making fake notes.

In this way, the counterfeiter is the stakeholder determining the rate at which bank notes must be redesigned. Banknotes would remain relatively unchanged were it not for these requirements to upgrade defences against counterfeiting.

Although these technological advancements promise to move American currency one step closer towards combatting counterfeit crime, many have felt that the marketing campaign for the venture just hasn't done enough to engage the public and deter counterfeiters. With limited advertising and use of social media to reach the wider public, the launch lacks the appeal of the Euro's 'Feel, Look, Tilt' campaign which dramatically increased public awareness of key security features.

The next steps for security printing

Advertising could be a key step in ensuring the new bank notes are acknowledged, understood and accepted by the American public who are offered a number of other ways to make purchases. Smithers Pira's  whitepaper, Banknotes: The Future of Paper Money, explores the place of bank notes in the face of newer technologies such as credit cards and internet payments. Although notes do face direct competition from these developments, the whitepaper presents a range of arguments and data to support the opinion that banknotes are here to stay; and higher denominations have a unique reason for remaining popular.

According to Smithers Pira, demand for $100 dollar bills, has increased each year since 2000. They are used to hoarding value in times of political and economic uncertainty, as it can be argued that physical money is seen as a safer option than banking. During the recession, demand surged and the number of $100 dollar bills went up 47.9% from 1.21 billion bills or banknotes printed in 2008, to 1.79 billion in 2009.

For deeper insights into the security printing market, purchase the full report from Smithers Pira.