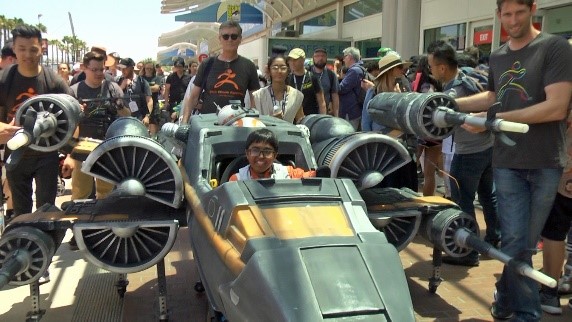 The wheelchair costume was the vision of non-profit organisation, Magic Wheelchair who created the costume for Star Wars fanatic and 13-year-old Vedant Singhania. Companies who worked with Magic Wheelchair included Pixologic Inc who were responsible for the design and modelling, Dangling Carrot Creative who 3D printed the costume with Massivit 3D donating the printing materials and Monster City Studios who completed the assembly and finish.

Dangling Carrot used the high print speeds and dual print heads of the Massivit 1800 3D printer and produced 50 separate costume pieces in over 2 weeks. The 2.44m high and 3m long spaceship provided Vedant with his very own Star Wars X-Wing fighter which was crafted by some of the original Lucasfilm prop fabricators. 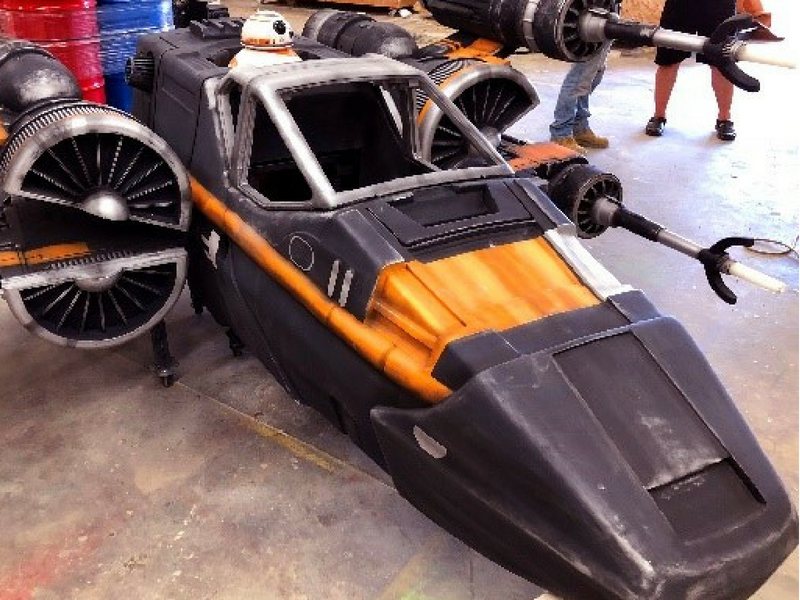 Magic Wheelchair creates bespoke costumes for children with wheelchairs free of charge to their families. As part of Comic-Con’s ‘Star Wars Experience’, its partner Pixologic who are the supplier of ZBrush digital sculpting software, Magic Wheelchair chose Vedant to receive the impressive 3D printed costume.

Pixologic’s 3D Product Development Manager, Paul Gaboury explained: “We connected with Magic Wheelchair because we knew our technology and modelling expertise could assist them with the fantastic work they are doing for children in wheelchairs. After we designed the costume, Dangling Carrot Creative was the final piece to the puzzle. The company allowed us to 3D print life-size to help remove the need for molds or casting which saves substantial time and money.”

Massivit 3D’s CEO, Avner Israeli commented on Massivit 3D’s involvement and said: “Together with our customers like Dangling Carrot, we are continuously discovering new and thrilling applications that can be attained with our 3D printing solutions for the entertainment market. This project has been a fantastic opportunity to test the true value of our technology and to place young Vedant in the spotlight for the right reasons. There is nothing quite so rewarding as bringing joy to a child.”

The costume was given to Vedant at the Comic-Con International show in July 2018 where he conveyed his exhilaration and appreciation to all those involved.  Vedant said: “It is really mind-blowing, I didn’t expect the costume to be so big and I’m excited that it’s an X-Wing Fighter because I love Star Wars. I was very excited during the parade and was so happy because every was taking pictures of me. I felt like a celebrity!”