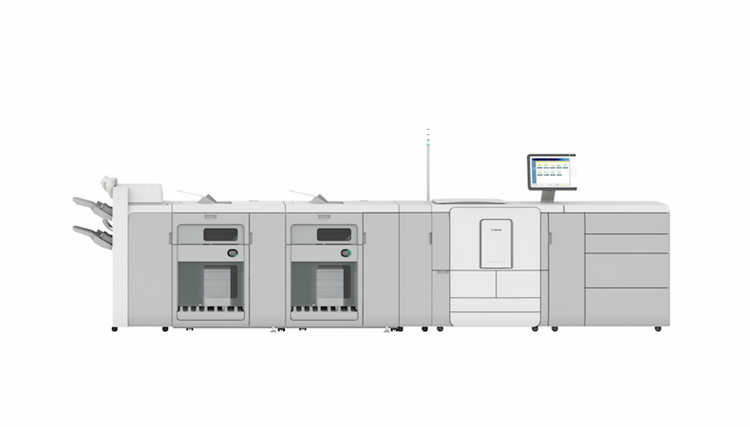 Canon has launched a new series of mono production printers, which it said deliver "substantial productivity gains" over the devices they replace.

Canon Europe has expanded its range of monochrome print solutions by launching the varioPRINT 140 series of production printers, in a move the manufacturer said demonstrates its “continued commitment” to this area of the industry.

Available from this summer, the new varioPRINT 140 series can print at speeds of up to 143 images per minute in simplex and duplex modes, with the ability to deliver monthly print volumes of up to 800,000 copies – more than double that of the existing varioPRINT 135.

The varioPRINT 140 will also have the new Océ PRISMAsync 5 controller, which Canon said will allow customers to use remote printer driver technologies to plan production and schedule jobs up to eight hours in advance. Other options include new impositioning possibilities, such as layout, trim and cover, alongside an embedded JDF/JMF interface.

In addition, users will benefit from the open Document Finishing Device (DFD) Interface that Canon said allows for in-line connectivity to, third-party finishing devices, which in turn means the varioPRINT 140 can be introduced into an existing production setup.

Speaking in a statement, Canon Europe added: “The varioPRINT 140 gives users a comfortable work environment, producing no ozone and virtually no waste toner. Energy consumption is reduced using HeatXchange technology, which recycles the heat used to fuse toner onto paper. The low fusing temperature also allows printing on a wide range of media.”