Wide format digital inks: When should you consider other suppliers? 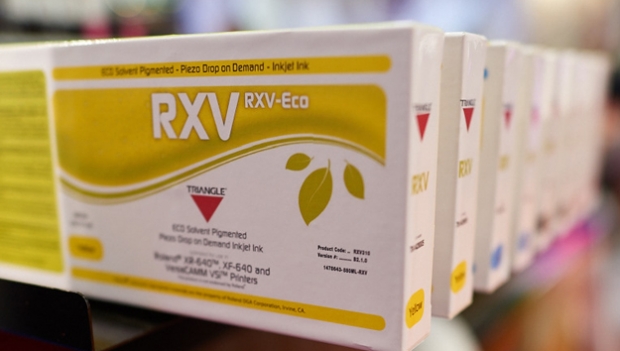 Wide format vendors want you to use their inks but could switching to a third party ink lead to savings?

It costs money to keep a wide format printer running so the obvious temptation is to cut costs by using cheaper consumables, such as switching to a third party or after market ink.

Naturally, the printer vendors will claim that a third party ink is inherently of lower quality than the vendor’s own ink. But this is not necessarily so as very few companies making printers also make their own ink. Some will formulate their ink and then subcontract another company to actually produce it.

But most will work with one of the major ink manufacturers such as Sun Chemical, Nazdar, Fujifilm and INX. These same ink companies that supply the printer vendors also sell their inks under third party brands.

As a general rule these after-market inks will be quite a bit cheaper than the branded ink, with several vendors claiming savings of up to 30 percent. This is because the branded ink will be part of the overall profit margin of the printer and will have to take into account the cost of providing the warranty for the printer, as well as helping to offset the cost of manufacturing and selling the printer.

So, inevitably, switching inks will void the manufacturer’s warranty. But once the warranty has expired, and (hopefully) the printer has paid for itself, then the lower ink costs could justify keeping the printer for another year or two.

But there’s more to switching inks than simply savings as Loic Delor, managing director of Triangle inks UK distributor Josero, says: “On the smaller wide format printers it's mainly because of the price. But on the bigger machines it can also be a question of performance.” This could, for example, mean improving adhesion to specific substrates. But he adds that any potential savings should factor in the cost of servicing as well as the cost of the ink.

However, even though the after market ink may come from a reputable manufacturer, the OEM ink will probably have been tuned to work specifically with a given printer. In contrast, most aftermarket inks will be much more generic, even though that ink company might have considerable experience in formulating OEM inks for similar printers using the same printhead.

Nor is it only individual users that look at aftermarket inks, as distributors and support engineers may also recommend certain inks for a given model. This could be based on their knowledge of the demands of their local market but could also include older machines where the original OEM no longer exists but the printers are still perfectly capable.

Thus Gary Hall, who runs Hallmark Equipment Services in the UK, took over the servicing for the Dupont Chromaprint 22UV printers in the UK. He swapped Dupont’s original ink for an aftermarket UV ink from Nazdar and found that this improved the overall performance of the machine, extending the lifespan of the printheads without compromising on the image quality or colour fidelity. Hallmark has now begun importing the Chinese Longier printers to the UK and has once again matched them with an aftermarket UV-LED ink from Nazdar.

Sun Chemical sells the Streamline range of solvent inks designed as alternatives to OEM inks. There are different inks for a range of printheads, from Epson and Konica Minolta to Xaar and Spectra, and they are suitable for various printers from current models to older machines such as the Mutoh Spitfire and Nur Salsa.  Recent additions to the range include Streamline Ultima HPQ LO, an upgrade to the existing HPQ inks but now offering low odour for Mimaki eco-sovent printers. There’s also Streamline SGX, low odour eco-solvent inks for the Epson SureColor 70600 printer, as well as Streamline TX dye sublimation inks and Streamline TBJ for the HP Turbojet.

Triangle, which is part of the INX group, makes a number of different inks. This includes both solvent and UV-curable, designed for specific printer models. The solvent and eco-solvent inks are said to be both colour and chemically-matched to specific printers so that there’s no need to make new colour profiles.

Fujifilm’s third party ink sales are mainly solvent ink under the Color+ brand, as distinct from the UV-curable Uvijet inks that Fujifilm sells for its own range of wide format printers. 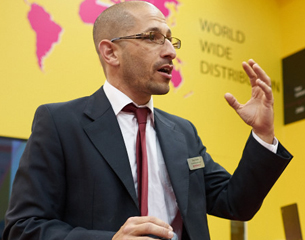 Bordeaux launched a range of printer-specific inks at FESPA 2015. These build on Bordeaux’s earlier Mix and Match inks, which were said to produce the same colours as the OEM inks so that owners could switch the inks one at a time without having to flush the whole system, or having to make new colour profiles. But the Printer-specific inks are formulated specifically to a printer brand, printer series or even a specific model.

Guy Evron, Bordeaux’s marketing manager (pictured left, speaking at FESPA 2015), explains: “Most ink manufacturers take only the printhead into account when making the ink for the printer. But there are other characteristics of the printer such as the heating and the head voltage which makes it less effective to use the ink for the entire range of printheads.” The series includes Eco-solvent and solvent ink as well as UV ink for the Acuity, Arizona and Vutek printers.

Another reason for switching to a third party ink is to convert the printer from one use to another. Bordeaux, for example, sells its Eden LX latex inks that are designed to be used with printers fitted with Epson DX heads, most of which will have started life as solvent or eco-solvent machines. There’s no need to adapt the heating systems of these printers, with Bordeaux claiming up to a 50 percent saving on ink costs. The inks are available in CMYK plus light cyan, light magenta and white.

Colorific sells a hybrid solvent UV ink, called Light UV, which requires a Lightbar to be fitted across the front of the machine to act as a UV light source to cure the ink. Colorific started by offering this as an aftermarket conversion kit and had some success converting older solvent printers. But the company has now gone a step further and signed a deal with Roland. This means that Roland users can have their printers converted without worrying about the warranty as Roland will continue to service them.

Finally, it's worth noting that the textiles sector routinely uses third party inks largely because different type of fabrics require different types of treatment and inks so that it’s very difficult for a printer manufacturer to offer a single type of ink. All the major vendors offer after market textile inks and there are quite a few companies, such as Kiian that specialise in this sector.

But regardless of the type of ink or the vendor involved, anyone thinking about switching inks should test the performance of the after market inks on the materials that they are going to use, and with a printer of the same type.