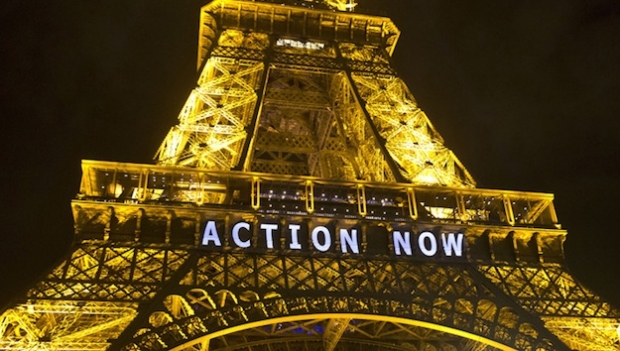 There is much anticipation surrounding the new American president and the extent to which his actions match his rhetoric.&nbsp;

One especially worrying set of decisions relate to the 45th president’s views on climate change in general and the Paris Climate Agreement within the United Nations Framework Convention on Climate Change (UNFCC) specifically.

As of December 2016, 194 UNFCC member countries have signed this agreement which is now in effect. This comprehensive climate deal has several objectives which it hopes to achieve by 2020. The headline goal is to keep the rise in global average temperatures to less than 2° C above pre-industrial levels, ideally keeping the rise to no more than 1.5° C.

The agreement also aims to help countries and regions adapt to climate change. This will be done by encouraging development that improves resilience to adverse climate conditions, alongside development that has low greenhouse gas emissions.

Most crucial of all, and probably the reason that so many countries signed up to the deal, is to provide funding for development paths and technologies that cut greenhouse gas emissions and encourage low-carbon growth.

With a one-time climate change denier heading for the White House, this could all come unravelled, so a large group of 630 companies and investors has sent a statement to the Washington wonks. The group has requested the new administration not to turn away from advancing the low carbon economy, and especially not to withdraw from the Paris Climate Agreement.

The group includes major print buyers such as Unilever and IKEA as well as technologists such as HP and Sealed Air a manufacturer of packaging materials.

Industrial sectors take a wide range of positions when it comes to improving their carbon footprints. In the graphics industry we are faced with extremes, possibly as much as other sectors. On one hand we have the amazing sustainability of print media products, the fact that they have a one-off carbon footprint and that aspects of production with a potential environmental impact are carefully managed.

On the other hand we have to accept that much of the environmental impact mitigation achieved in the printing industry has been achieved in order to reduce costs and improve efficiency.

The environmental benefits of technological advances, say to reduce energy usage or the recycling of consumables such as printing plates, are driven not so much by environmental goals as the desire for a financial and competitive edge.

Without a clear commitment to the environment at the highest levels of government, environmental progress will stall and with it economic progress. The new administration in the US risks undermining the health of the country’s international reputation if it chooses to abandon existing low-carbon policies.

Worse, a failure to invest in the domestic low-carbon economy or to work with partners overseas will create more uncertainty and undermine business confidence. Without US support for the Paris Climate Agreement that agreement is weakened and global warming will continue to increase. All of this is bad for the planet, and none of it will be good for the graphics industry.