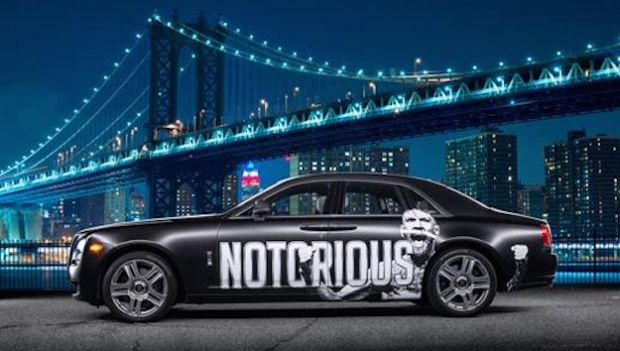 Vehicle graphics is widely regarded as one of the fastest growing sectors of the industry. With this in mind, FESPA takes a look at some of the best applications in this area of the market from the past 12 months.&nbsp;

If there is one form of advertising you cannot escape, no matter where you might be, it’s vehicle graphics. From driving down the motorway behind a lorry or van, to ordering a takeaway, delivered by a driver in a car sporting the restaurant’s brand, applications come in many ways.

And while most companies use this media as a way of advertising a business 24 hours a day, it can also be used to produce many other colourful and creative designs to help catch people’s eye.

Here, we look at some of the best examples of work from the vehicle graphics sector in the past year and find out a bit more about how this media can be used in many weird and wonderful ways.

Wrap to the future with BMW i8 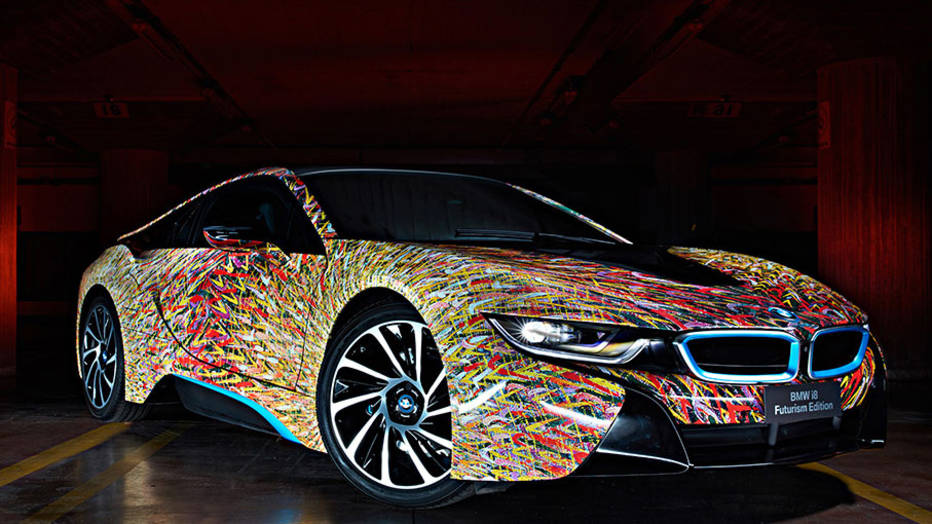 Description: Garage Italia Customs wrapped a BMW i8 with a design replicating futurist painter Giacomo Balla’s ‘Lampada ad Arco’ – work that dates back to 1909. The special project was carried out to celebrate 50 years of BMW in Italy.

Walt Disney World heads for the skies with TAM 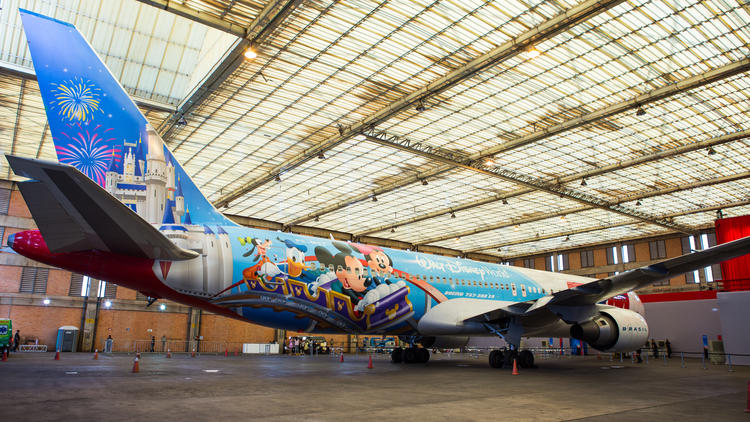 Description: Brazil’s TAM became the first airline in Latin America to wrap one of its plans with a special Disney character design. One of TAM’s Boeing 767-300s featured the wrap to help promote Walt Disney World in Orlando, Florida, one of the many international destinations TAM flies to. 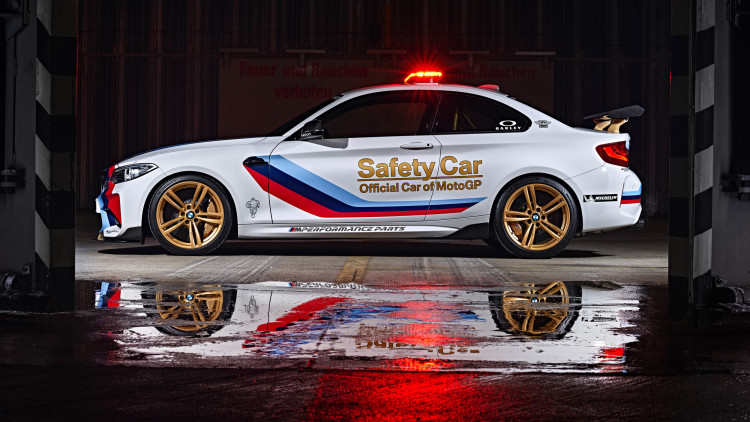 Description: Although motorbikes may be the main attraction at the MotoGP World Championships, the safety car plays a major role in protecting riders.

This year, a BMW M2 was kitted out with a host of interior and exterior features, including colourful vehicle graphics with BMW’s signature stripes, to help it stand out to the series’ hundreds of thousands of fans worldwide. 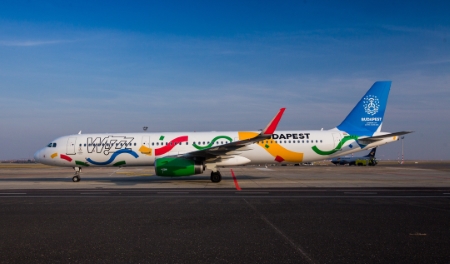 Description: In 2016, Eastern European airline Wizzair threw its backing behind the Budapest bid for the 2024 summer Olympic and Paralympics Games by decorating two of its planes in themed livery. An airbus 321 and 320 will display the themed décor until the end of August. 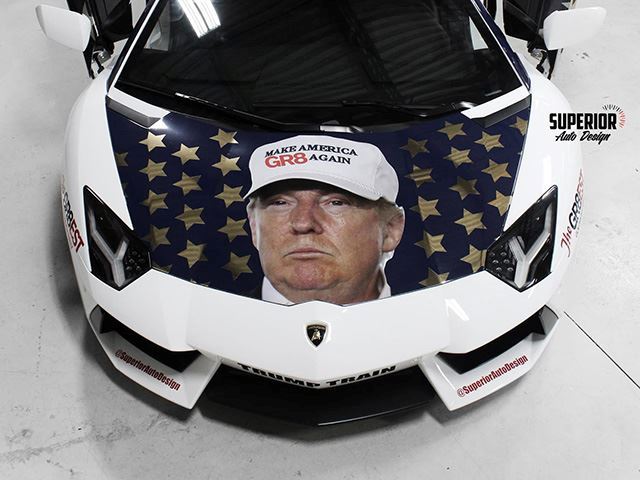 Description: Having featured in a number of our other Top 20 feature articles, US President Elect Donald Trump also makes this feature.

Florida firm Superior Auto Design wrapped a Lamborghini Aventador for the 2016 goldRush Rally with not only an image of Trump’s face and his ‘Make America Great Again’ campaign slogan, but also the words ‘You’re Fired’, made famous by Trump during his days on reality television programme ‘The Apprentice’.

Chomping at the bit for the goldRush Rally 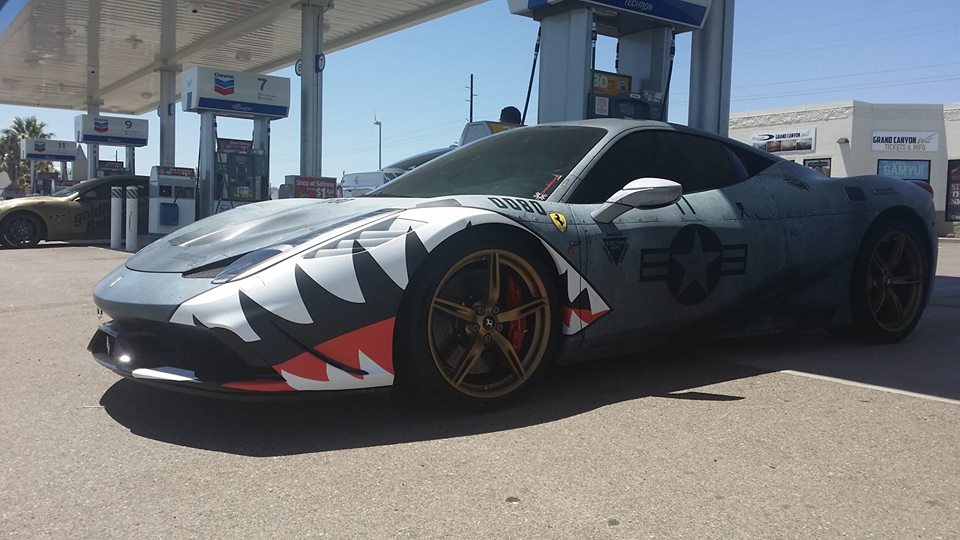 Description: Also featuring at the goldRush Rally was this Ferrari 458 Special, which was given a special makeover to feature a design that looked to scare off rival cars. Lightly different to the Donald Trump design, but, arguably, equally as scary…

How do you like your eggs in the morning? 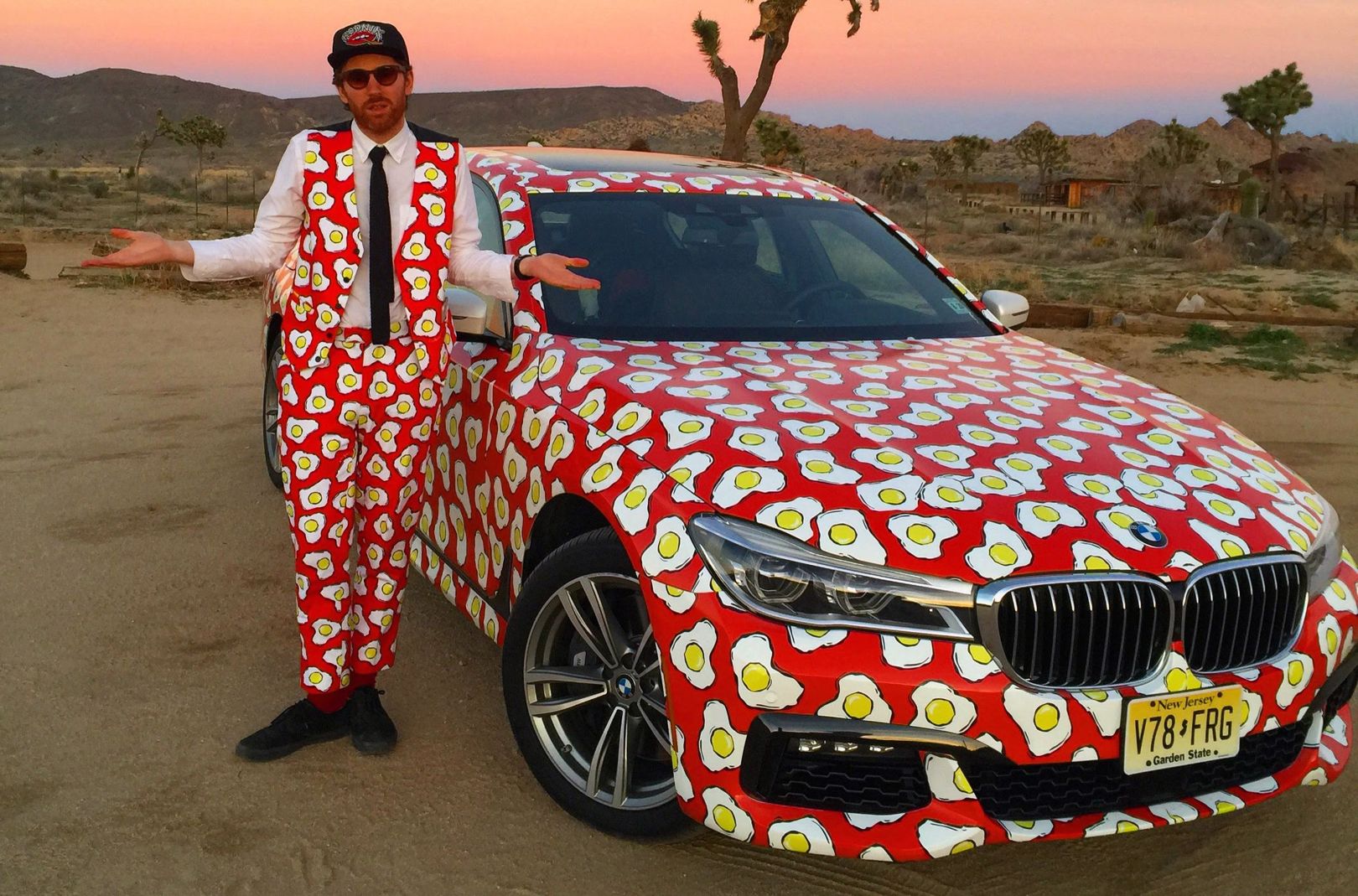 Description: Philip Colbert, the British artist and fashion designer behind The Rodnik Band, called upon the expertise of LA Car Wrap to decorate a new BMW 7 Series with fried egg prints. Colbert has featured similar patterns in some of his previous work, and even donned a matching suit to mark the latest occasion.

Description: Last year, Pokémon Go proved to be a big success, with people from around the world, both young and old, taking to the mobile game to capture the animal-type monsters. To celebrate the game, Veluxity Car Rentals in the US transformed a BMW i8 into a ‘Pokémon Hunter’ car, complete with images of some of the game’s popular characters.

Description: Alaska Airlines underwent a major rebrand for the first time in 25 year, changing the look of its fleet. The new blue and green livery features an updated logo, but keeps the famous Eskimo icon that has appeared on aircraft since 1972. 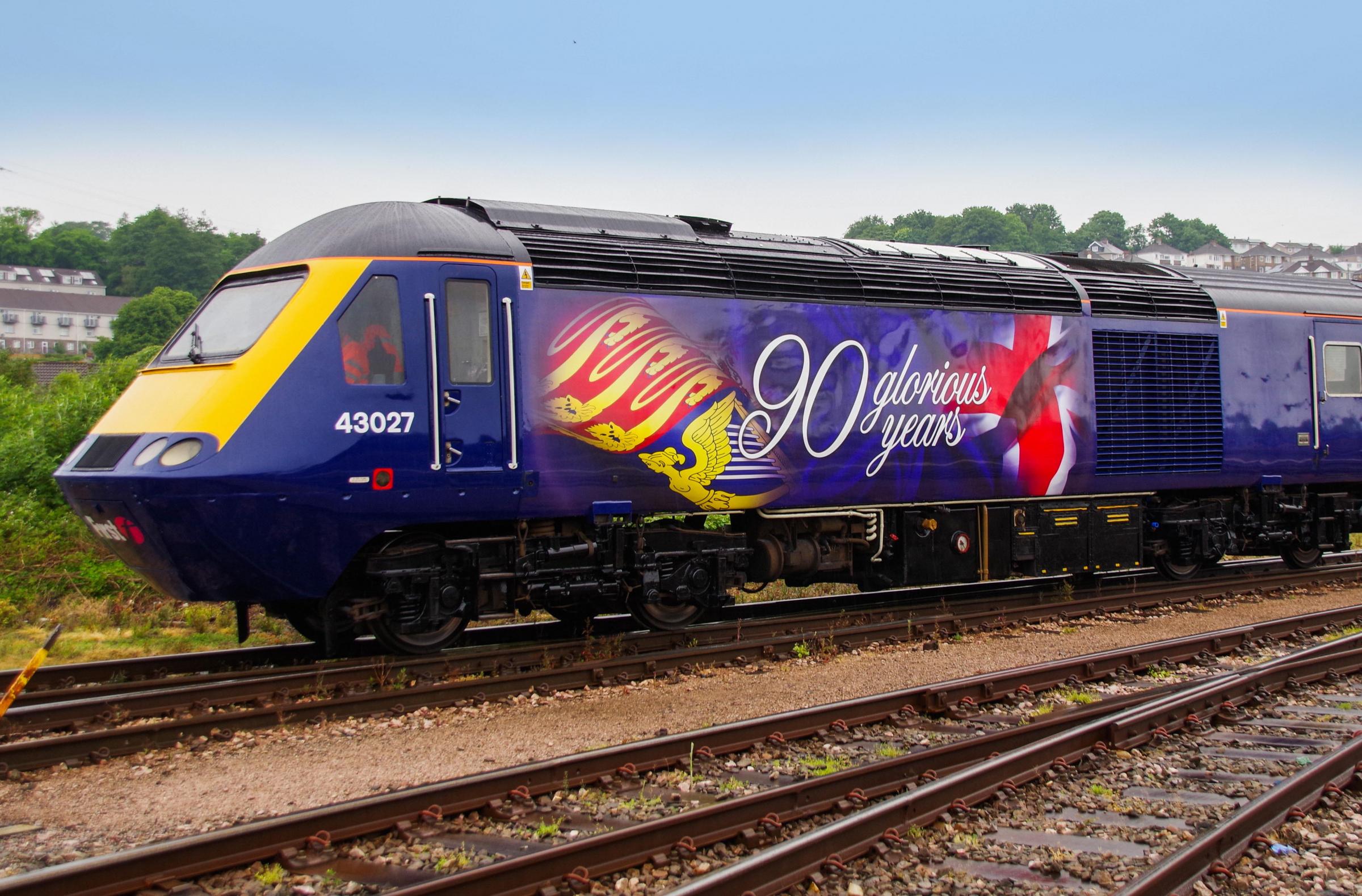 Description: Great Western Railway wished HM The Queen a happy 90th birthday this year by producing a special wrap for one of its Class 43 High speed Train cars.

The train carried images of flying flags of the Royal Standard and the Union, as well as the text ’90 glorious years’. To view a video of the wrap being installed, visit: https://www.youtube.com/watch?v=Fx9WmUEAElA

Flying without wings with HEXIS and Nocturnal 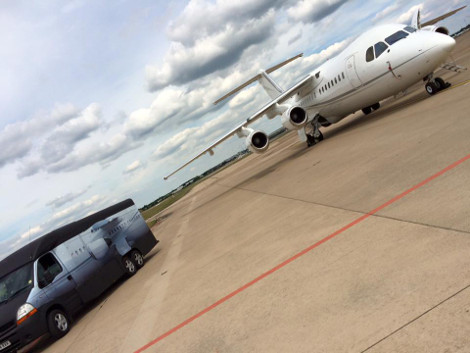 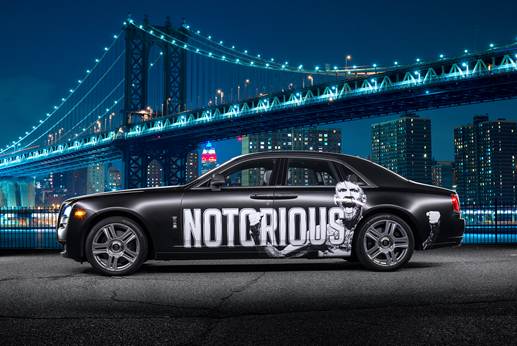 Description: Ultimate Fighting Championship star Conor McGregor, known for his extravagant lifestyle, took this to a new level last year in a collaboration with WrapColors.com and Rolls Royce North America. A Rolls Royce Ghost was wrapped in a design featuring McGregor’s ‘Notorious’ catchphrase nickname ahead of the Irish fighter’s bout with Eddie Alvarez.

The wrap featured a 3M 1080 Series Satin Black Full Wrap finish, with McGregor’s own face splashed across the side of the car in 3M IJ180CV3 Media and 3M 8519 Luster Laminate. Description: Jim Miller, owner of Miller Decals in the US, was named the FESPA World Wrap Master 2016 after seeing off Ruan Greeff from South Africa and Michael Szwacki of the UK in the final. Miller is pictured here next to one of the wraps he completed in the final – a colourful design featuring the World Wrap Master logo, along with those of event sponsors Avery Dennison and Mimaki.

A glimpse into the future of rail travel

Description: Although not strictly an application, this design gives us an idea of what trains could look like in the future. Japanese train company Seibu Railway is hoping to use this design from Kazuyo Sejima to create “invisible trains” that blend into the landscape, by the year 2018.

The design features a reflective wrap that will allow the train to seemingly disappear as it travels across Japan.

Lamborghini Aventador gets a superhero makeover 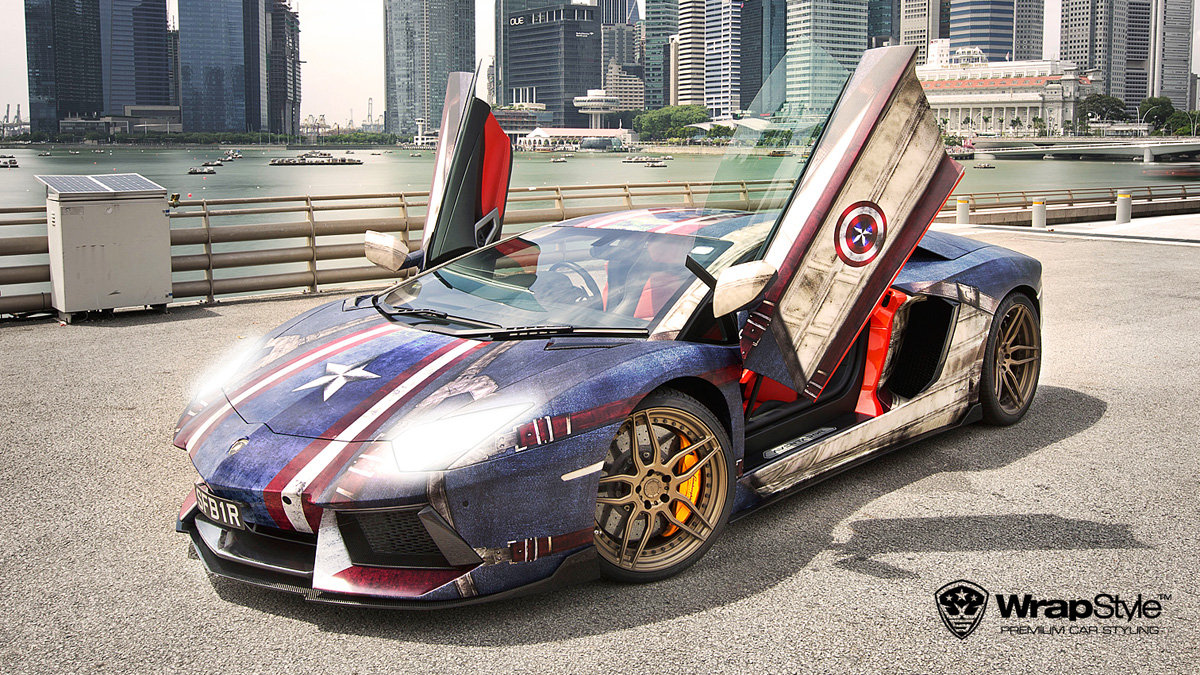 Description: If you though the Lamborghini Aventador couldn’t get any cooler, with the supercar already designed to look like a fighter jet, check out this wrap by Wrap Style. The design is based on Captain America, one of the superheroes made famous by Marvel Comics.

A rusty old banger or a glamorous sports car? 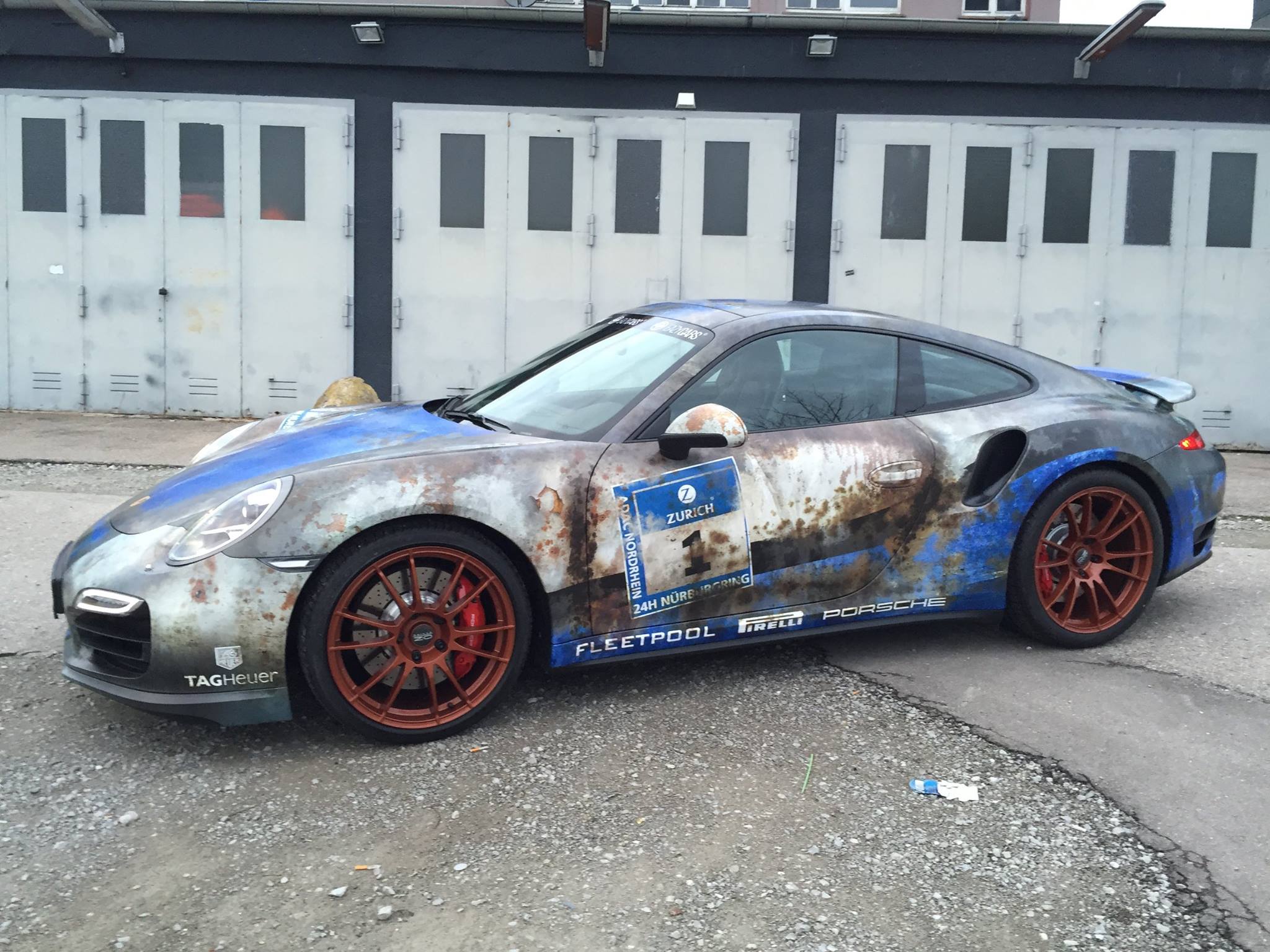 Description: While wrapping may be used to transform vehicles into vibrant and colourful creations, such media can also be used to have the complete opposite effect. Here, German wrapping specialist Signal Reklame wrapped a Porsche 911 to make it look like it had been devoured by rust, for a project linked with an ad campaign run by the vehicle manufacturer.

Moo-ving ahead in the vehicle graphics market 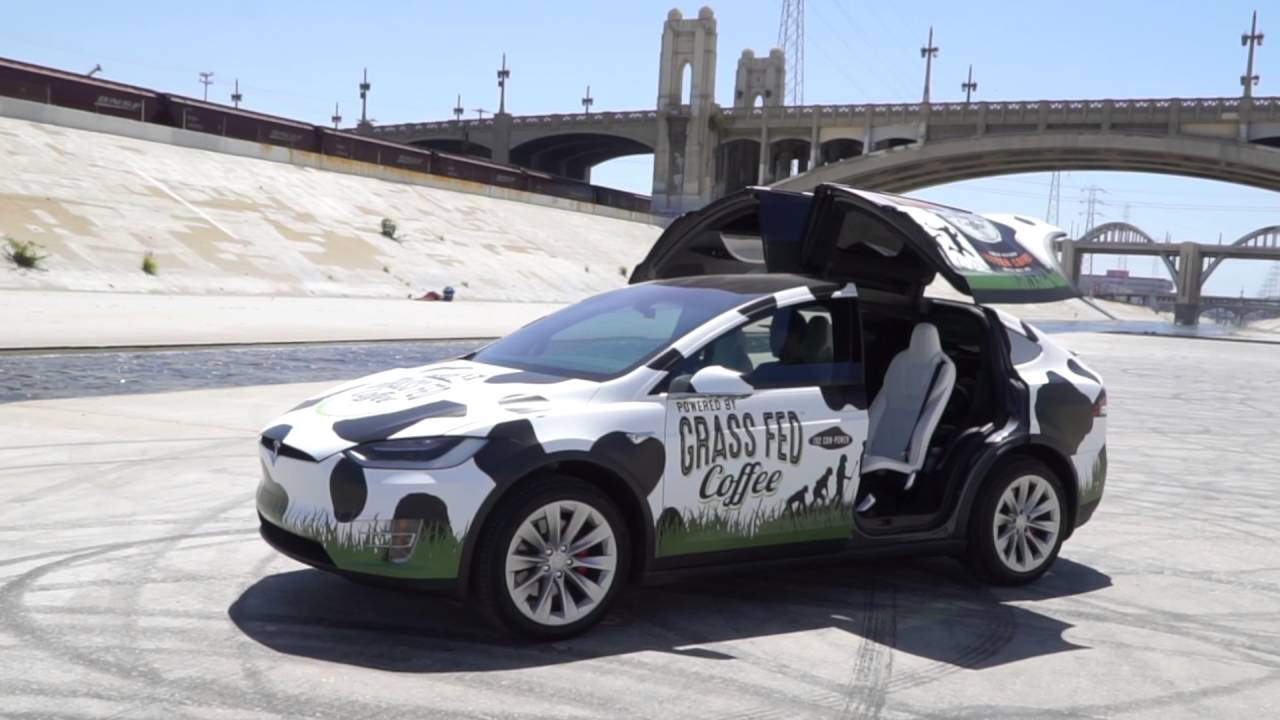 Description: Coffee company Grass Fed Coffee transformed a Tesla Model X with a cow-inspired design to help promote its new beverage. By May, the company had been able to surpass an initial sales target by 500 per cent.

Description: While companies from other industries often use vehicle graphics to help promote their own businesses, there is no reason for members of the signs and graphics not to do the same. Here, Muireann O’Toole Brennan of J&J Services in Tullow, Ireland, drives round in a seemingly open van, with sidekick ‘Animal’, a popular character from The Muppet Show. Muireann designed the graphics.

Are you afraid of the light? 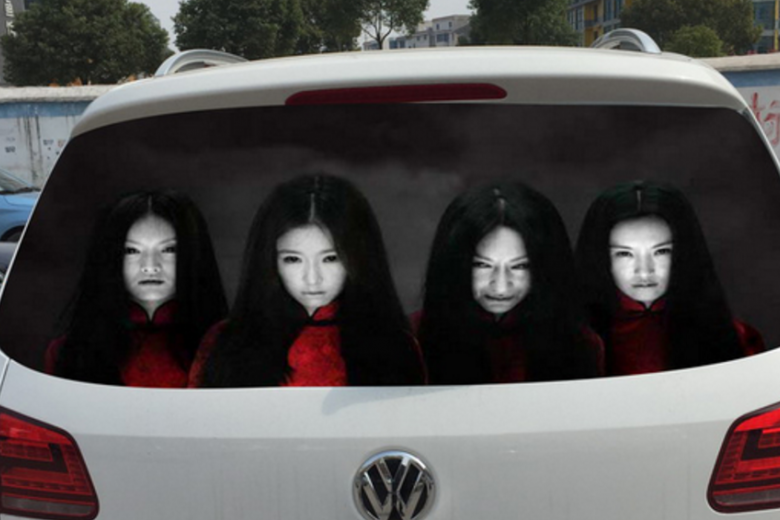 Description: Chinese e-commerce website Taobao developed as series of special decals to scare off road users from over-using their full beam headlights. The decals are hardly visible in the light and only appear if a motorist switches on their full beam lights when a decal-fitted vehicle is in front of them. 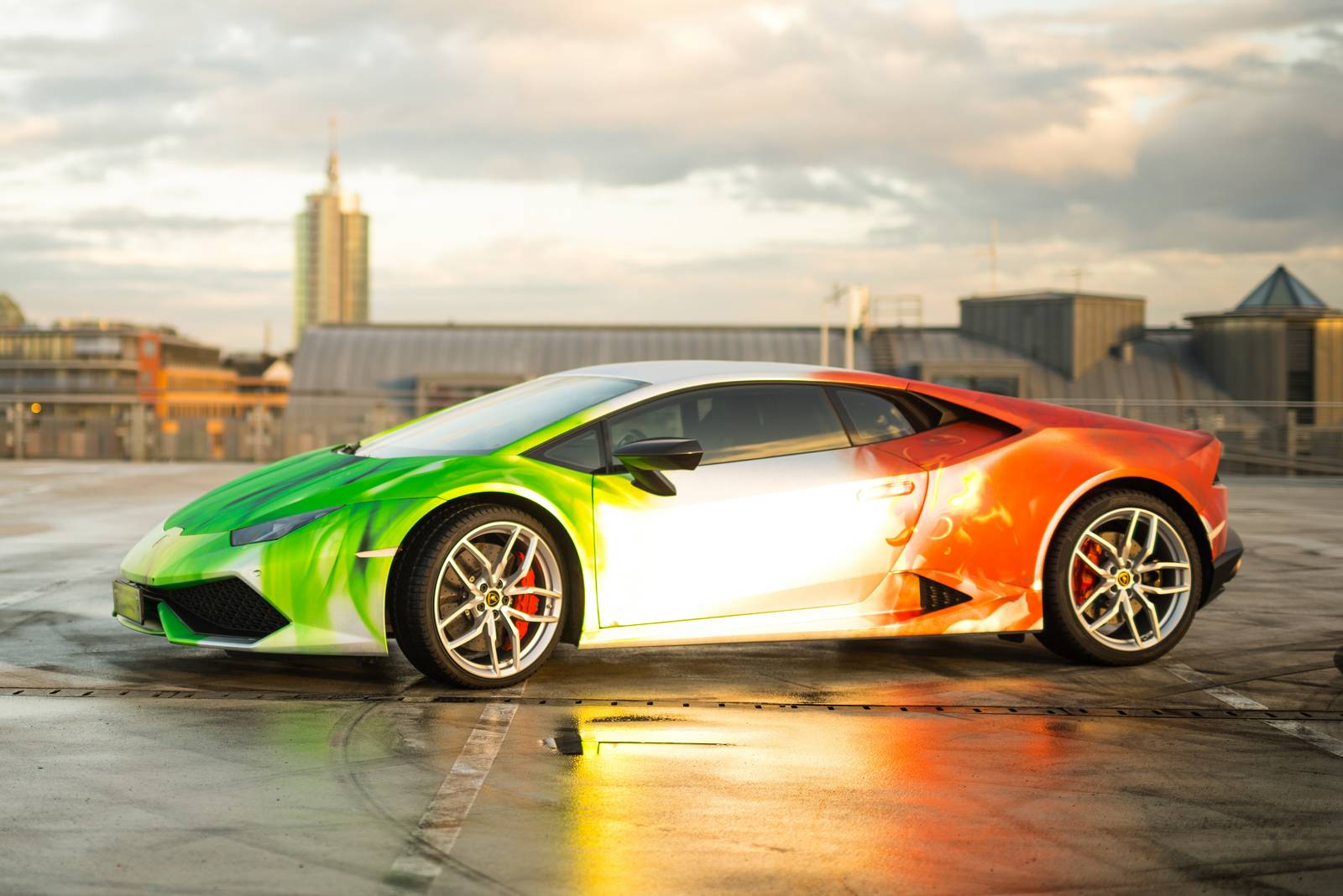 Description: Munich-based Print Tech fitted a Lamborghini Huracan with a tri-colour scheme to make an already-attractive supercar even better looking. The wrap comes at a cost of approximately $10,000 (€9,500/£8,200)

These are just a selection of some of the best work from the vehicle graphics and wrapping sector, with more innovation yet to come at this year’s FESPA World Wrap Master Finals at FESPA 2017 in Hamburg, Germany.

Here, FESPA will pay tribute to some of the best wrapping talent from around the world, with each competitor hand-selected from regional contests staged in the build-up to the final.

To find out more about the FESPA World Wrap Master and how to attend the Finals at FESPA 2017 this year, visit https://wrapmasters.fespa.com.