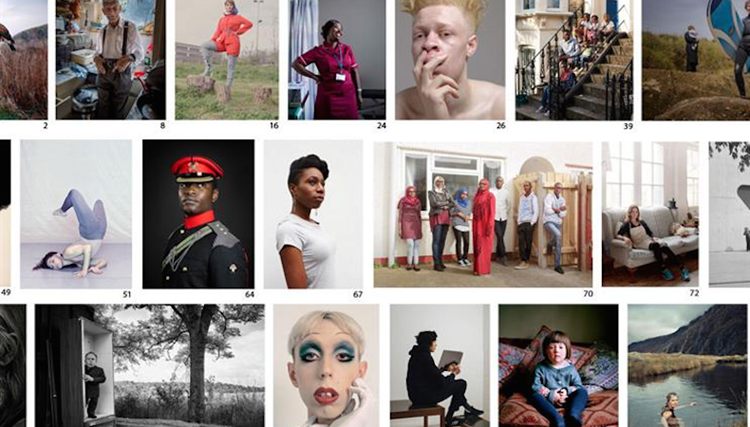 Outdoor advertising space across the UK will be taken over by photographs of contemporary British life for the second Portrait of Britain exhibition.

Starting on 1 September and running for the rest of the month, the photos will be displayed on JCDecaux’s digital screens at Heathrow Airport, rail stations, shopping malls and high streets around the country. The British Journal of Photography launched the project with JCDecaux and Nikon to showcase amateur and professional photographers and capture “the face of modern Britain”.

The 100 winning portraits, selected from nearly 8,000 entries, feature people such as a survivor of the Grenfell Tower fire, grime artist Skepta, the playwright and screenwriter Tom Stoppard, a drag queen, and a septuagenarian surfer on a Cornish beach.

“These powerful photographs show a wonderfully diverse view of Britain, capturing people at work, at rest, in family groups and alone, in times of happiness and introspection – and will be seen by the public as they commute, shop and socialise in cities UK-wide,” said Ben Maher, sales and partnership director at JCDecaux.

All of the photos are also available to view online, and many of them will be sold as art prints.

The event, that will be taking place from 15-18 May 2018 at Messe Berlin in Germany, is expected to be one of biggest edition, with more than 60 exhibitors representing over 200 suppliers, covering channel lettering, illuminated signage including LED and neon, etching, engraving, and dimensional and architectural signage.

In the meantime, check out the highlights from our last ESE edition in Hamburg.