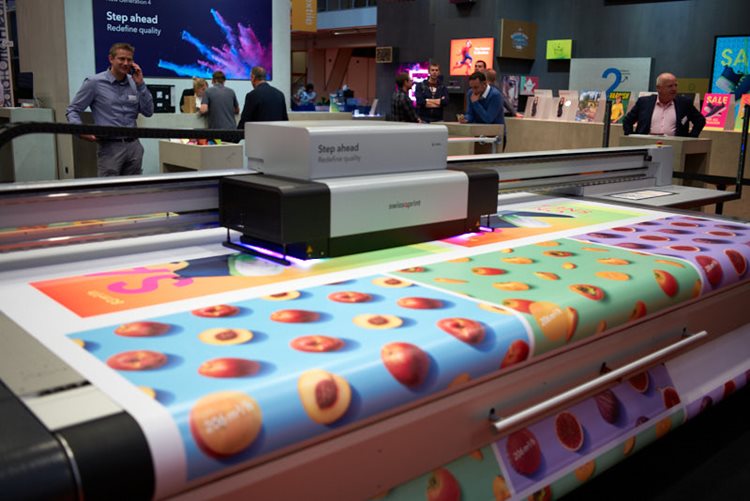 Every wide format printer has at least four ink channels for CMYK and many may offer six or more channels. Increasingly there is a choice between different colours as well as white ink, varnish or primer. All of these will allow you to offer a wider range of applications but they will come at a cost, and add to the maintenance, so you want to be sure that you can get the most out of them.

Higher productivity printers will typically use one printhead per colour, so adding additional colours means having extra printheads installed, with their associated ink tanks and the plumbing to deliver the ink to the heads as well as any additional cleaning for those heads. In other cases, the printer might have been designed around printheads with multiple channels. This helps to reduce the cost of the printer but also limits the options for configuring different inks. 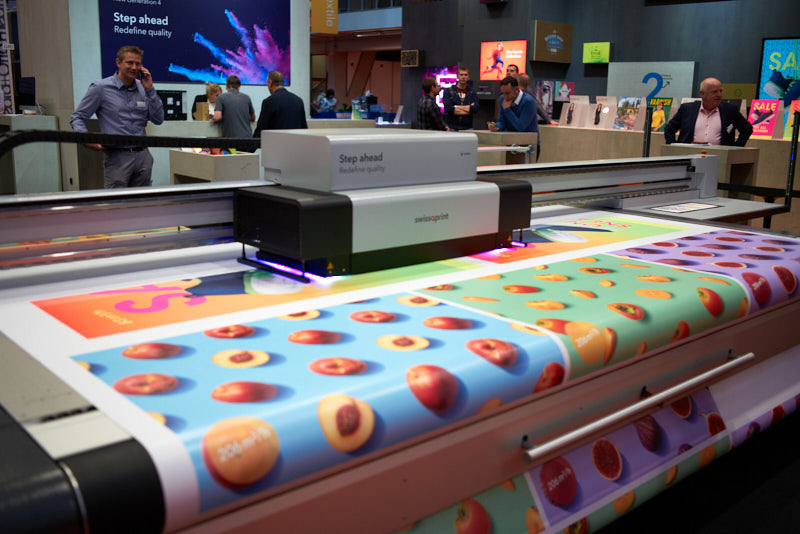 Caption: SwissQprint’s flatbed printers can be configured with up to nine different colour channels. ©NessanCleary

Starting with the basic four colours - cyan, magenta, yellow and black - the most obvious option is to add light cyan and light magenta to flesh out skin tones and print smoother gradients. There’s a good argument as to whether or not you need six colours with some vendors claiming to be able to produce a wide enough gamut with just CMYK. Steve Pridham, sales manager at SwissQprint UK, agrees that “CMYK is better than most people think it is going to be” but adds: “Six colours gives you an additional smoothness and a less grainy print.”

Some vendors claim that you can achieve this with greyscale printheads by using smaller drop sizes to simulate the lighter colours. Pridham says: “If you have skin tones and you have light areas, where you have a tonal fade then you are going to need a light colour because when you put less drops down it becomes more grainy.” He adds: “You can use a 7pl drop but you can’t make it any lighter unless you use a light colour.” 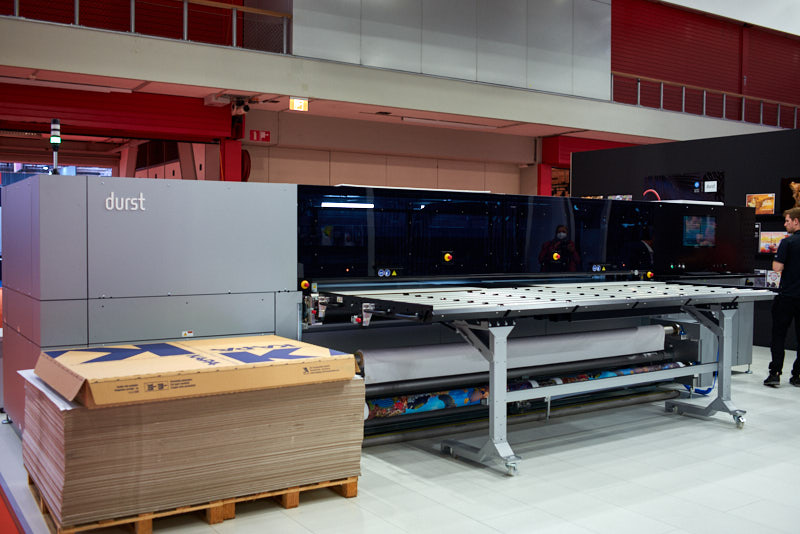 Peter Bray, managing director of Durst UK and Ireland, says that until recently roughly 70 percent of his customers would have opted for a six colour set-up including light cyan and light magenta. But he says that Durst’s latest machines, such as the P5 350 and 350 HS, now offer smaller drop sizes and use highly pigmented inks so that the split between those taking CMYK and six colours is now around 50:50.

He says that the new inks can cover a larger Pantone range with just four colours, noting: “You can see a difference between four and six colours but the difference is less than in the past.” Consequently many customers question whether or not they really need to invest in two extra printheads.

Caption: Canon found that so many customers opted for CMYK plus white that this is now the standard configuration for its six channel printers. ©NessanCleary

White ink has also become increasingly popular in recent years. Derek Joys, product marketing manager for Canon UK’s large format UV printers, says that almost all customers choose white ink. In fact, so few customers ordered a machine with just CMYK that this has now become a special order with the standard machine supplied with six channels, including CMYK + two whites. Customers could choose to have one white and one varnish or even a primer but Joys says that most opt for two whites, noting: “That increases the speed of the white because you can put two layers down at once.” This is suitable for applications such window clings where there might be an image visible on both sides with a white layer in between to separate them.

This also suggests that customers are becoming more confident with ordering white channels for UV printers. In the past, many people might have worried that the white ink, with its heavier Titanium Oxide particles, might dry out and damage the nozzles if they didn’t use white often enough. But Joys says this is less of a concern now, thanks partly to the newer formulations in the LED UV inks and also to the automated cleaning routines.

Canon does also offer light cyan and light magenta, but that requires a further two channels for a total of eight. It’s not possible to configure a six-channel machine for CMYK plus the lights without white because the heads for the light colours have to be positioned in a particular place to work.

Pridham says that after white and light cyan/ light magenta, the next most requested channels are primer and light black, noting: “Light black is proving very popular in the art and photographic markets where people are very particular about quality and standards and tonal shifts in blacks.” He puts the growth in this market down to more people being stuck at home in the various lockdowns we’ve all endured and wanting high quality artwork on their walls.

SwissQprint also offers neon inks thanks to a partnership with NuTec ink of South Africa. The neon is very bright but will fade after a few weeks use outdoors. That’s not an issue as it’s mostly used for festivals and events and for promoting flash sales, with most customers printing to correx or foamboard to produce a very noticeable yet cost-effective graphic. For best results you will need two neons - yellow and pink - which can be mixed together and with the process colours to form a range of different neon colours. However, that does mean giving up two channels so another option is to use one neon and mix that with the process colours though this will obviously limit the range of colours you can produce.

Some vendors, such as Durst, also offer orange, green and violet, which are commonly used in packaging to expand the colour gamut and to satisfy the demands of brands to show off their products. However Bray says that the colour gamut of the new inks is good enough with just CMYK so few customers choose this, at least in Europe. He notes that orange and green are more widely used in the USA.

Pridham says that varnish is also a popular option and can produce a number of effects, such as a frosted effect on clear film. It can also be used as a spot varnish to highlight certain areas of a graphic.

Both Joys and Bray say that varnish is not widely used because it’s more efficient to use a separate post-print process to cover a complete image. However, Canon does offer an interesting Touchstone Brillo effect where the varnish can be combined with another colour to create a spot metallic effect.

Ultimately, the choice comes down to the type of work that you want to offer. Additional colours will help printers cover a wider range of applications but you have to be sure that there is enough work to justify the cost of installing those extra channels, and that you can use them often enough to be sure that the ink won’t dry out in the nozzle.

The end of 2022 saw two Conferences of the Parties (COPs): 27 for climate and 15 for biodiversity. Both different topics, very closely entwined, with one common problem – our planet is being damaged by our activities. The solutions are very simple: do less of what’s causing the problem and more to put it right.

Personalisation with Douglas Gibson and Chris Minn from Infigo