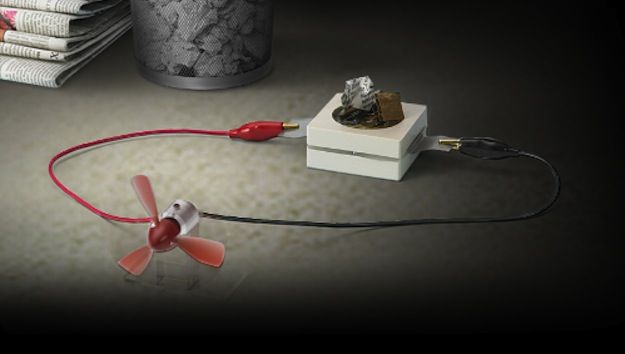 Scientists at Sony Japan are working on a far more interesting development. They have come up with a bio battery&nbsp;powered by waste paper.

For most of us, the idea of using paper for energy is limited to throwing it on the fire and enjoying the warmth. However Sony’s bio battery is based on the same principles used by insects and herbivores to turn cellulose into energy. Energy is stored in plant matter as a result of photosynthesis and subsequently used for the plant’s growth. When insects and animals chew away at wood and grasses they begin the process of turning the plant tissue into energy, breaking down the raw material into glucose as a result of digestion.

Bugs and grazing animals digest the cellulose in plants and wood using enzymes that turn it into sugar which is the raw material for energy. Sony is using this basic principle in its bio battery. Via a complex process using cellulase, the enzyme that helps reduce cellulose to glucose, Sony’s technique releases the energy stored as sugar in waste paper and cardboards so that it can be used to generate electricity.

The process involves mixing shredded paper and board with a mixture of cellulase enzymes and water. After a while the enymes break down the paper and board, releasing glucose into the water. This water is then added to the Sony bio battery which can be used to power an electrical device. Sony has been working on its technique for turning cellulose into glucose for several years and has demonstrated a prototype bio battery. The batteries are about two cubic centimetres is size and four would be needed to power an MP3 player. It is early days yet and but relative to its mass, Sony reckons that paper is a potentially high density power source: a single A4 sheet can output the same amount of energy as six AA batteries. Sony is working on making their bio battery even better to the point where they hope to “create highly efficient batteries that turn all kinds of waste paper around us into sources of electricity”. The longer-term goal for Sony’s bio battery R&D team is to further enhance performance and to ultimately develop batteries suitable for notebook computers and other mobile devices.

This is quite wonderful stuff and another reason to promote and celebrate print’s sustainability.