Blowing in the digital wind 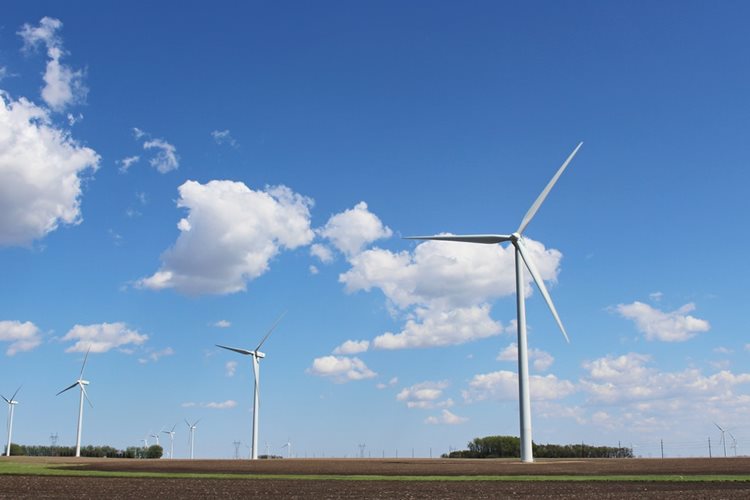 Laurel Brunner discusses how using a company such as Windcloud 4.0 who manages renewable energy distribution and storage to support data hosting and cloud services within a protected network could be beneficial for the environment.

Electronic media has a heavy carbon footprint due to the energy they need to exist. Unlike physical media, digital media only works if there is energy to deliver them. Digital media requires energy to survive, so the emissions associated with electronic media are substantial. This much we know and although emissions associated with data centres are recognised as problem, we do not really know how to quantify them. Nor do we know how to reduce their energy footprints without the risk of frying or freezing the data. But something must be done because data centres are responsible for more carbon dioxide generation than the entire aviation industry.

If data centres were cooled using renewable energy, then most of the problem would be solved. Google is leading the pack regarding renewables, in 2017 the company announced that it was buying as much renewable energy as possible, however it still needs to plug into the grid. It may be worthwhile for Google to get in touch with Windcloud 4.0, which was founded in Germany in early 2018. Windcloud 4.0 described itself as a “regenerative cloud hoster.”

The energy from Windcloud 4.0 is derived from locally generated wind power and large photovoltaic park. The energy is stored in megawatt batteries and the set-up is designed for redundant energy security. Internet connection is two parallel fibre optic lines running at 2TBits per second.

The world’s digital infrastructure is continuously growing and is predicted to consume 20% of the world’s electricity production by 2030. It is important that data centres start using renewable energy so that the planet can be saved from being fricasseed. Therefore, this initiative by Windcloud 4.0’s founders and partners from the energy industry and local government should be welcomed. The initiative meets key requirements for a data centre that, besides from being carbon neutral should be extendable. It must be fully certified to ensure that external third-party auditors confirm its carbon neutrality. Windcloud 4.0 is certified to ISO 27001 for data security and EN 50600 for its infrastructure and buildings.

Germany produces masses of wind power along its northern coast and last year a majority of what was produced was not used. This was predominantly because there was no way of storing and delivering it. Windcloud 4.0’s business is based on using a controlled model to manage renewable energy distribution and storage to support data hosting and cloud services within a protected network.

The young company provides all industries with a sustainable alternative to conventional cloud hosting. Google and other suppliers and manufactures who offer cloud services to printers and publishers should take a closer look at the company.