How 3D printing is changing the shape of Formula 1 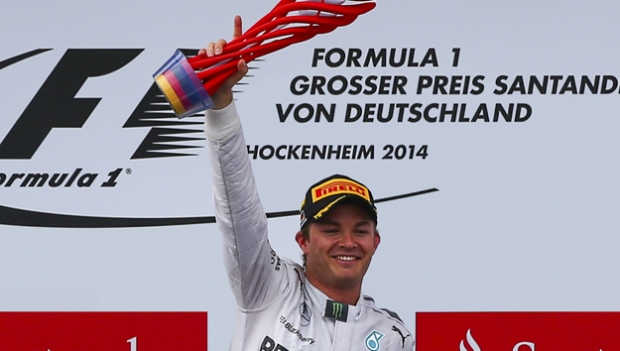 Formula 1 is the most technologically advanced sport on the planet, and the latest radical rule changes have imposed a whole new set of challenges on the teams.

Formula 1 is about to start from its shortest winter break for nearly 40 years, so there'll be less uncertainty surrounding the start of this year’s season-opener in Melbourne.

Even if you’re not a racing lover, to watch these single seated cars speed around a track together at speeds in excess of 200 mph can simply be mesmerizing.

It's been a pre-season all about the continued dominance of one engine supplier over the rest, a resurgent Prancing Horse of Ferrari and a stuttering start for McLaren-Mercedes, one of Formula 1's greatest partnerships, but this weekend in Melbourne we will finally see how they shape up.

We've already known for a while that 3D printing is a friend to F1 racing. The design process that goes into those crazily fast vehicles is already strongly benefiting from 3D printed technology. Most teams use this system to produce their prototypes, reaching up to 900 3D printed pieces per month. Last year we learned that the (now defunct) Caterham team 3D printed 800 to 900 parts every month to speed up design and reduce its costs.

But now it seems that 3D printing technology is also making a significant impact outside the sport's garages. Both the first prize trophies of the German and British Grand Prix (at Hockenheim and Silverstone respectively) were completely 3D printed in 2014.

The company, based in Valencia, manufactured the trophies using SLS (selective laser sintering) and SLA (translucent stereolithography) technology to create them from polyamide and resin materials. They were then polished, sanded and treated to arrive at the finished result. The company says even the plates and screws were tailored to the piece and 3D printed.

All this had to be done in complete secrecy. The company’s Oscar Martinez revealed they were asked to sign a six month confidentiality agreement with Santander Bank (a key Formula One sponsor) before this news could be released.

RePro3D had also worked in vehicle component manufacture, 3D printing various parts of the Koenigsegg Agera One. They also make functional custom parts which are hard to find.  Red Bull Racing is already using 3D printing in a significant way for the development of their cars too.

Red Bull Racing isn’t actually printing out their cars, or even race day parts for them, however, they are using 3D printing in a huge way for 3D test parts which are used on a 60-percent test version of their cars.  The test cars act as models for aerodynamics, and 3D printing is saving the company money over more traditional forms of manufacturing.

Before partnering with 3D Systems in 1998, the Lotus F1 racing team built its wind tunnel models out of carbon fibre, epoxy board and metal using time-consuming and labour-intensive methods. 3D printing allowed the team to build some of its parts directly from digital data and produce components in hours rather than weeks. The new technology has also added benefit to Lotus' new ability to manufacture multiple iterations of the same part simultaneously.

There’s no doubt that Formula 1 is a pioneer sport in the use of 3D printing, but sports such as football, tennis or skiing are also embracing this new technology.

Formula 1 Is a world in which the most minute changes and innovations can mean the difference between finishing on the podium or going home early.

At the moment 3D printing is used by professional athletes and sportsmen mainly because of the cost and expertise involved, but the costs and complexities of additive manufacturing are falling and the print industry could find opportunity in their expertise of design, quality control, customer service and delivery to high standards.

While we look forward to the 2015 Formula 1 season, spare a thought on the races being fought out under the hood and back in the print shop!

Find out more on industrial printing at the FESPA 2015 Industrial Printing and 3D Printing showcases - Register for free today at http://2015.fespa.com