Christophe joined the Board in 2014 and was elected Vice President in 2017. As of 2021 he is no the President. He also serves as President of FESPA France, the national association serving the French digital and wide format printing community. Over the past year Christophe has attended many meetings on behalf of FESPA and hosts the Southern European Congress. Christophe is a founding director of ATC (Autorise Toute Creativité), which he established with his business partner in 1991. The company now employs 70 people and provides a range of interior and outdoor signage, graphics, display and POS services to corporate and agency clients. Olav joined the FESPA board in September 2015 and as of 2021 is the Vice President. As a board member of Barra AS (which focuses on industrial labelling and graphics), and Past President of FESPA Norway Association, Olav Skilbred has acquired significant experience in the graphics industry. Norway was one of the FESPA founders, and the Association celebrated its 50 year anniversary back in 2012. Christian is also President of the screen and digital workgroup of the Belgian trade Association Febelgra. Christian participates in many regional Association events, has chaired FESPA Conferences as well as being part of the FESPA HR Committee. Christian has been managing partner and CEO of a number of innovative businesses since 2000. Christian studied graphic technologies at the technical school TSM Mechelen and at HIGRO, the higher institute for graphic industries in Ghent.
Back to People

Daniel is a second generation printer who has been in the industry for more than 30 years, he has been a special advisor to the FESPA Board since 2015, serving as FESPA’s Ambassador for the Americas and on the Finance Committee.  Daniel holds a seat on behalf of FESPA on the Board of CONLATINGRAF, a coalition of 14 Associations, each representing a Latin American country with a strong printing tradition.  This connects Latin America with FESPA’s global community of speciality printers. He also holds a seat in the board of Canagraf, Mexico´s FESPA local Asociation as Vice President.”

Lascelle has held a seat on the Board for more than 25 years.  He was previously President between 1992 and 1996 and served a second term between 2013 and 2015.  He currently sits on the Finance and New Business Committees, developing the business strategy for FESPA and is also FESPA’s Print Ambassador.

His long-term focus has been on nurturing the business side of the organisation, recognising that FESPA must generate its own cashflow to avoid becoming a burden on its Members.

As President, he was responsible for the move of the FESPA exhibition to its first stand-alone venue in Lyon, which transformed FESPA's income from the exhibition business.

Lascelle's recent contributions range from leading the fight for a successful first digital exhibition against competition from another exhibition organiser to proposing the first FESPA exhibition in Mexico. He is currently backing a global expansion of the FESPA brand, recognising the importance of establishing strong positions in the emerging markets of China and Brazil, as well as developing a presence in the US.

Lascelle is an enthusiastic supporter of the National Associations and sees the need to increase dialogue between FESPA and its Members. He is also supportive of the responsible use of the FESPA name by Members.

Background
Lascelle is an all around businessman with a deep knowledge of print. Following his technical training at the London College of Printing, he went on to found Augustus Martin Limited at age nineteen with capital of £100. From this he built a £50m business with a staff of 350 where he remains actively involved. He is also a co-owner of Walkers Instore Ltd, a print business in Manchester; and of Small Products Ltd, a producer of specialty screen and digital inks.

Lascelle's passion and professional focus is on innovation and the commercialisation of new technology and products. Through his companies he has pioneered the introduction of new processes and technology to the POS print industry for several decades.
Back to People President of FESPA from 2010 to 2013 Gyorgy joined the FESPA Board in 1996, following the foundation of the Hungarian Screen Printers Association in 1992, of which he is President. He represents the countries of Eastern Europe and is active on the FESPA Projects Committee. Since 2000, he has been general director of sign making machine manufacturer Vasco Hungary kft and in 2013 was given the “For the Hungarian Printers” award by the Federation of Hungarian Printers and Paper Makers for his work across the industry. 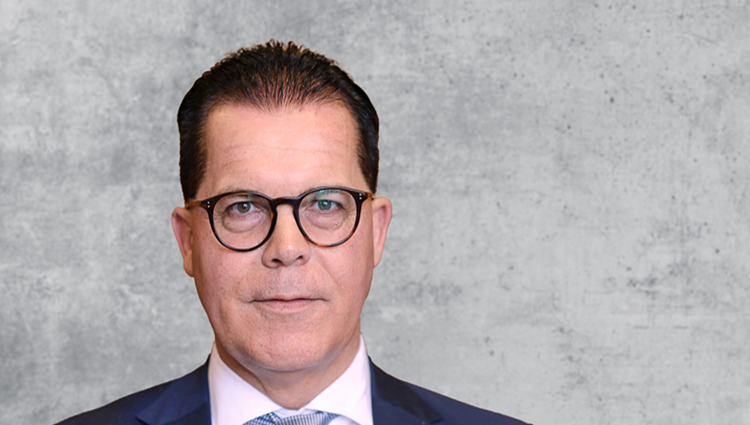 Thomas joined the Board in September 2014, to represent the German National association, BVDM, where he is a Board Member and active participant in the screen printing group. Thomas was a former Board Member of Intergraf, the European Federation of Print and Communication for ten years. Thomas is proud to have attended every European FESPA exhibition since 1996. Thomas has been CEO of Blase Group since 2004; a leading technical print supplier serving clients in Europe and North America, with 250 employees across three production facilities.
Back to People

After completing his education in business administration at the Erasmus University in Rotterdam, Wouter started working in the family-owned printing company in 2005, which was at the time mainly focused on commercial print and calendars.

In 2008, Wouter became a co-owner of the printing company and shortly after that decided to change the strategy. Commercial print was declining, and the company needed a new solid business unit next to calendars. The philosophy was always to be distinctive from other printers, not only in quality and service, but also in the products they can produce. They then decided to focus on Point of Sale for retailers and brand owners, which resulted in the investment of UV-offset presses and the acquisition of a large format printing company. This is when Wouter was first introduced to the world of FESPA. Today the company comprises 50 people working from two locations in Amsterdam and near Rotterdam, and large format printing is a vital part of the future of our company.

Wouter has been the president of FESPA Dutch Association for almost 5 years now, during which time they have grown their membership, became a profitable association and has continued to help their members.

Wouter is also married to Karin and they share three lovely daughters together.

Alberto was born in 1977 and graduated in Philosophy and Literature from Università Cattolica of Brescia. He started his professional career at the age of 16 as IT manager at Gruppo Masserdotti, a pioneering organization in visual communication. The group is a technological & industrial partner for designing, printing, and setting up in public and private areas - outdoor and indoor - with a specific focus on the retail sector. While working alongside the founder Andrea Masserdotti in leading the company, he first performed his role as Marketing Director and then as Commercial Director.

After strengthening his knowledge of the core business, he focused on technological innovation for the development of new products and the opening of new markets.

In 2003, he signed the project that led to Palinsesto, a pioneering proprietary software that enables to manage content remotely. This laid the groundwork for creating the Digital Signage division, which deals with communication with a specific focus on multimedia technologies.

In 2011, he founded Domino Sistemi Srl, which, in partnership with Samsung, offers a wide selection of bespoke hardware, such as monitors, totems, videowalls, LED walls, mobility packages, and LIMs. In addition, it provides guidance along the whole production chain - from network design to content creation and management - by using designated software.

In 2014, he further expanded the extent of his company's activities by creating DominoDisplay.com, the first and only online shop of technological solutions for visual communication, which directly addresses retailers and final users.

Additionally, since 2006, Alberto has been the president of FESPA Italia, a national association representing the members of specialist printing industry, covering sectors such as serigraphics, pad and digital printing.