Why size matters in media? 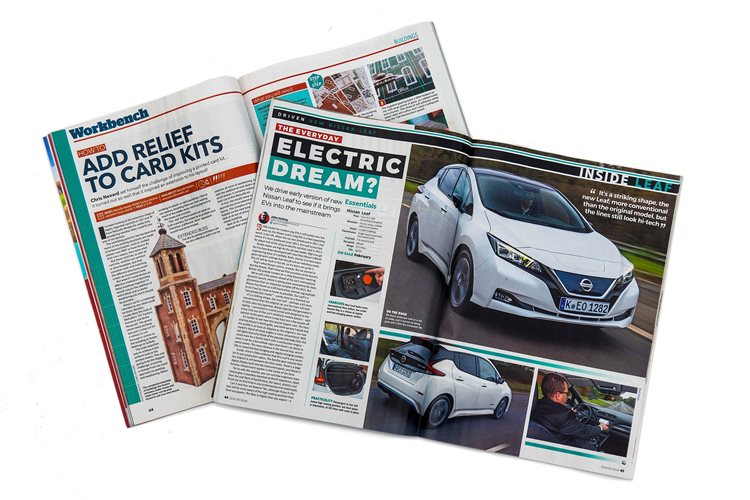 Simon Eccles discusses the various media sizes in print including the A-series. Caption:  How the A-series sizes relate from A0 down, halving the long dimension each time.

In most of the world where the metric system is the official or de facto standard, the A-series of paper and other media sizes is also the standard for most types of printing and stationery. It’s a beautifully simple series of sizes that anyone can understand, even if the actual dimensions need memorising. Any larger sheet folded or cut in two becomes the next size down. So an A3 sheet folds or cuts in half to become A4, an A4 sheet halved becomes A5 and so on.

The rational A-series sizes originated as a spin-off benefit of the metric system that was adopted in post-Revolutionary and Napoleonic times after 1799. The idea, if not the practise, of paper sizes that folded to become the next size down dates back to 1798 in France, 1786 in Germany and possibly earlier elsewhere. A-series sizes were increasingly adopted in parts of mainland Europe over the next 150 years and were the basis of the 1922 German standard DIN 476, which was eventually turned into an international standard (ISO 216) in 1975. This was most recently revised as ISO 216:2007, which remains current – the only change was a section on machine direction.

There are also two related standards: ISO 217 for oversized B-series papers that can be printed and trimmed down to the A-sizes, and ISO 269 which defines the C-series of envelopes that will take A-sized sheets.

In the UK the A-series standards were somewhat belatedly adopted by the printing and stationery sectors during the 1960s and 70s, partly because rolling conversion to the metric system was officially adopted as government policy in 1965, but mainly because of their convenience and superiority to the old way. The UK’s “imperial” sizes used archaic, mainly Latin-derived names, such as (in the UK) foolscap folio, foolscap quarto, foolscap octavo etc, with no consistent ratio between dimensions.

Why every mm counts? 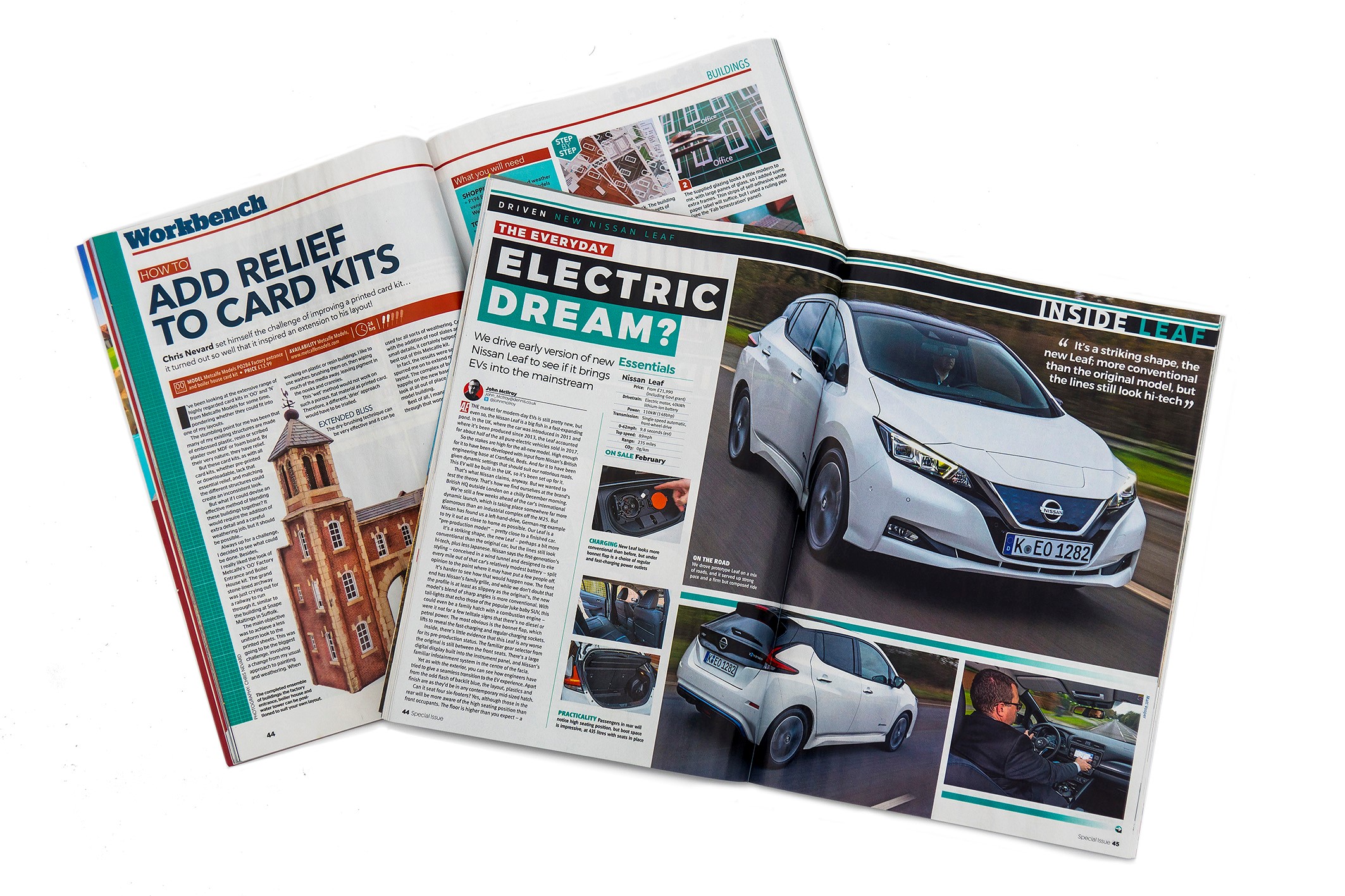 Caption: A pair of typical A4 format magazines, opened up to show how doubling the short side dimension makes the next size up, in this case A3. Note also the how car pictures bleed off the right and bottom edges of the pages.

The idea of halving each size to make the next size down is fundamental to the A-series. So is the metric system. The whole series starts with A0, which has an area of exactly 1 square metre. There has to be a precise mathematical ratio between the long and short sides in order for the halving trick to work. This is a ratio of 1 to the square root of 2 (ie 1:√2), which is approximately 1:1.4142. Actually the precise ratio is an irrational number, the same as Pi – it has an infinite number of non-repeating decimal places. In the real world of folding paper, two decimal places are enough for all the accuracy you’ll ever need.

So, back to the 1 m2 A0 sheet. The ratio of sides dictates that the short edge is 841 mm and the long edge is 1,189 mm. This is one of the drawbacks of the A-series, that the dimensions in mm aren’t easy to memorise.

Half of A0 would be in theory 594.5 x 841 mm, and half of that again would be 420.5 x 594.5 mm. Cutting and folding paper to an accuracy of 0.5 mm isn’t practical, and if you keep halving it you get into quarters and eighths of millimetres. Therefore the ISO standard always rounds the sizes down to the nearest whole millimetre. It’s the same with A5, commonly used for small booklets, which ought to be 210 x 148.5 mm, but the standard says 210 x 148 mm.

The smallest defined A-size is A10, 26 x 37 mm, though A6 (105 x 148 mm) is probably the smallest size that would be used in a booklet or similar, though the smaller sizes are sometimes used for things like playing cards and some ID cards.

Most people remember the sizes they use most often – probably everyone who’s worked around a school or office already knows that A4 (the standard copier/printer/magazine single page size) is 210 x 297 mm and that A3 doubles the shorter 210 mm dimension to 297 x 420 mm. They’ll know from practical experience that an A3 sheet folds down to A4 and so an A4 book or magazine opens back up to A3. When printed on both sides the A3 sheet folds to give a four-A4 section that can be added to other sections and then be wire-stitched or perfect bound at the spine.

Another important thing to be aware of is that the A-series sizes are defined as the final size of the paper in use, ie it’s the document or magazine you hold in your hand. Many printing processes need a bit of extra margin around the edges, for several reasons. In particular you often want to run a photographic image or solid colour all the way to the edge of the finished print, as shown in the car magazine above. Any printing process can vary by a few mm in any direction, usually because of small inaccuracies as the paper is fed through the machinery, or because paper itself swells or contracts a bit depending on the temperature and humidity of its environment. Offset litho presses put water onto the paper as part of the process, while many digital inkjet printers use water-based inks. “Dry toner” processes (used in laser printers and copiers) use a lot of heat in the fusing process.

The upshot is that any designer worth his or her pay knows that you don’t place the edge of an image or colour panel exactly on the theoretical outer edge of the page, as any slight wobble means you’ll see an embarrassing white stripe down at least one edge. Working out how to handle images into the spine and into the opposite page is different and we won’t cover that here.

So the image has to go a bit wider than the final page size to allow for variables in production – this is called bleed, and the convention is for this to be at least 3 mm wider (or taller) than the desired edge line. This is sorted out at the design stage, and page layout programs allow you to create and print pages with bleed edges.

To accommodate this bleed, you need to print on paper that’s larger than the final target size, and then trim it down afterwards, so the print will then go all the way to the edge as intended. Caption: The A-series sizes allow extra margins for bleed and gripper around the edges of the A-series (dashed blue lines. Again, halving the long dimension gives the next size down.

ISO makes provision for this with ISO 217, which defines three standard levels of oversized papers. RA, SRA and B. Basically the RA size is big enough for bleeds, but doesn’t allow for mechanical grippers at the edges that may be needed to turn the sheets for double-sided printing. So SRA3 has become the default size for most smallish digital presses, especially the dry toner type.

The B size gives an even larger margin, partly because offset litho presses use finger-like grippers to hold the leading edge of the sheet firmly as it is transported through the press. You can’t put print where the grippers are, so an extra margin has to be allowed. The B sizes (but not RA or SRA) also work on the 1:1.414 ratio, so folding or cutting them in half produces the next B size down.

There are some B2 format digital presses, all using inkjet processes so far. They tend to be built using modified litho press paper transports, so they have grippers and need the B-sizes. It also allows standardisation between litho and digital presses in downstream finishing processes such as folding and binding.

In practise an SRA3, B2, B1 or whatever printing press can usually take sheets a little larger than its nominal size, partly to allow for variations in paper cutting, partly for the convenience of the press builder and partly because presses tend to be sold internationally so they have to accept North American paper sizes too. A bit of oversizing is better than undersizing.

Dry toner digital presses are rarely built wider than 360 mm for technical reasons – only the Belgian manufacturer Xeikon has ever managed to bring wider dry toner printers of 500 mm to market successfully, and these are all roll-fed. Everyone else with wider digital printers uses either inkjet or liquid toner (which confined to HP’s Indigo presses at present, as other contenders have withdrawn).

Variations on the theme 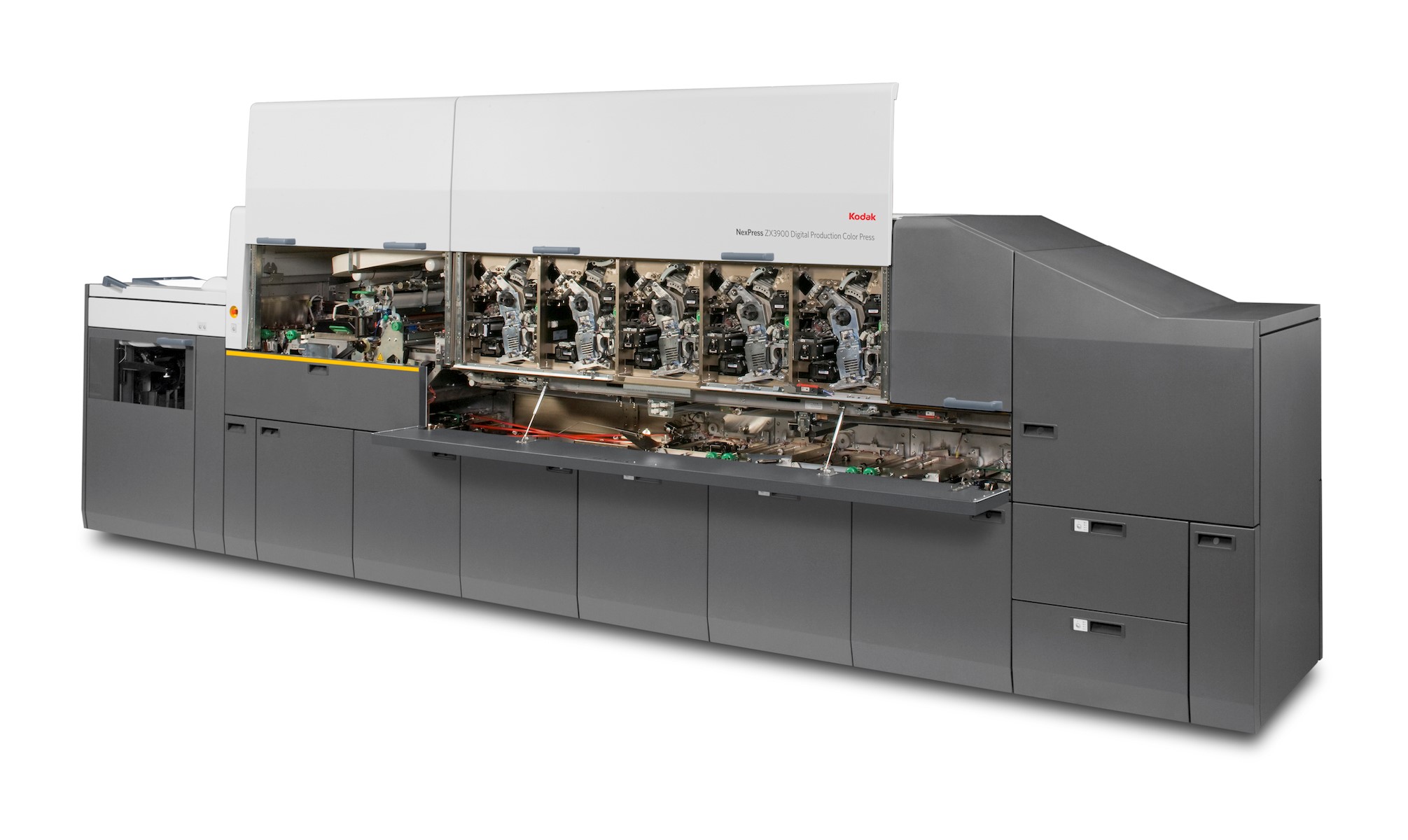 These are non-standard sizes that don’t conform to any of the A-series sizes, though the width trims down to A3. However, by folding 660 mm sheets twice along their length, you can get three full-bleed A4 pages in line (or US Letter sizes), for a double-sided document or book section of six pages ( or 12 x A5). Alternatively you can get a double-page landscape A4 spread for photobooks and the like that can open flat. The even longer lengths could manage A3 landscape spreads, though these are a very rare requirement.

Len Christopher at Kodak says that long sheets on the NexPress printers are used for: “Point of sale retail signage, pocket folders, calendars and foldouts in manuals. Gatefold brochures are also fairly common. As we upgrade to 1.2 metre sheet lengths, additional applications such as retail shelf pricing and promotion printing becomes possible.”

There’s also a non-ISO A3+ size (also called Super A3) available mainly in inkjet photo papers aqueous printers aimed at the pro market. This is 329 x 483 mm (ie 13 inches wide, so suited to a 17 inch A2 format printer). It’s useful because very few inkjet printers can print right up to all the edges of a sheet, so if you need full-bleed A3 as a finished size you can print on A3+ and trim down. Other non-ISO sizes are SRA+ (oversized SRA1, SRA2, SRA3).

Formats that are not A-series

In part 2 we’ll look at the wide range of media that does not start or finish with the A-series. These include many large format sign and display applications, plus traditional photographic formats, newspapers and many books.