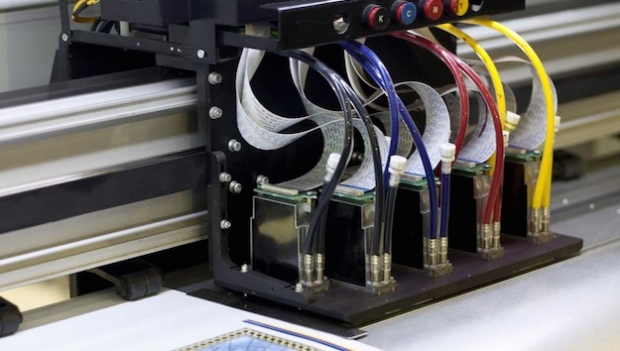 In many respects the printhead is the heart of an inkjet printer, directly responsible for placing each individual drop of ink on the substrate.&nbsp;

Inkjet printheads are marvels of modern engineering, able to precisely place thousands of drops of ink of differing sizes exactly where needed. There are several approaches to designing printheads but by far the most common for wide-format inkjet is drop-on-demand piezo.

Essentially the printhead contains an ink chamber, with a piezo electric actuator, made of a material such as Lead Zirconium Titanium (PZT). When an external electrical charge is applied to PZT it changes shape, forcing a drop of ink from the ink chamber and out through the nozzle. This design is suitable for a wide range of different ink types, including aqueous, solvent and UV-curable inks.

The only real alternative is thermal technology, which is used by HP for its latex printers and Canon for its ImagePrograf series. This involves heating the ink within the ink chamber, until it vaporises, creating a bubble which forces a drop of ink through the nozzle.

The technique is only really suitable for water-based inks, although HP has had considerable success in expanding the range of applications through its latex inks, which are water based and suitable for outdoor signage, as well as some textile applications.

So far we have seen how both the piezo and thermal printheads create enough pressure to force some ink through the nozzle, but this is only half the story. That pressure has to be cut off immediately, which draws some of the ink back into the nozzle.

This cuts off the ink supply halting the ink drop’s formation and inevitably, as the ink snaps back to the nozzle, it can splash the nozzle plate. The stray ink can ultimately lead to blocked nozzles and failed print heads.

The size of the individual ink drops directly affects overall output quality. In general, small drops produce good definition and high resolution and are good for text, while large droplets can cover large areas quickly and are good for printing large flat areas. Many printers, particularly the bigger, faster flatbeds, take a binary approach with every drop being the same size because this is faster.

The alternative is to vary the size of the ink drops, a technique usually known as greyscale printing. There are a number of advantages to this. Firstly, mixing bigger and smaller dots makes it easier to deal with gradients and slight tonal shifts, such as in a skyscape or skin tones.

It can also lead to reduced ink consumption, partly because some of the dots are quite small, but also because it’s easier to get smoother gradients with four colours without needing additional colours.

There are three basic approaches, albeit with several variations. The first is to actually fire different drop sizes, for example by varying the electrical power used to generate the drops. The second is to fire a very heavy drop of ink, which will stretch out as it flies through the air and break apart into larger and smaller droplets.

Typically, many printheads use a combination of approaches. The third alternative is known as multi-pulsing and involves quickly firing two drops of ink that then merge into a single larger drop, usually in flight before they hit the substrate. 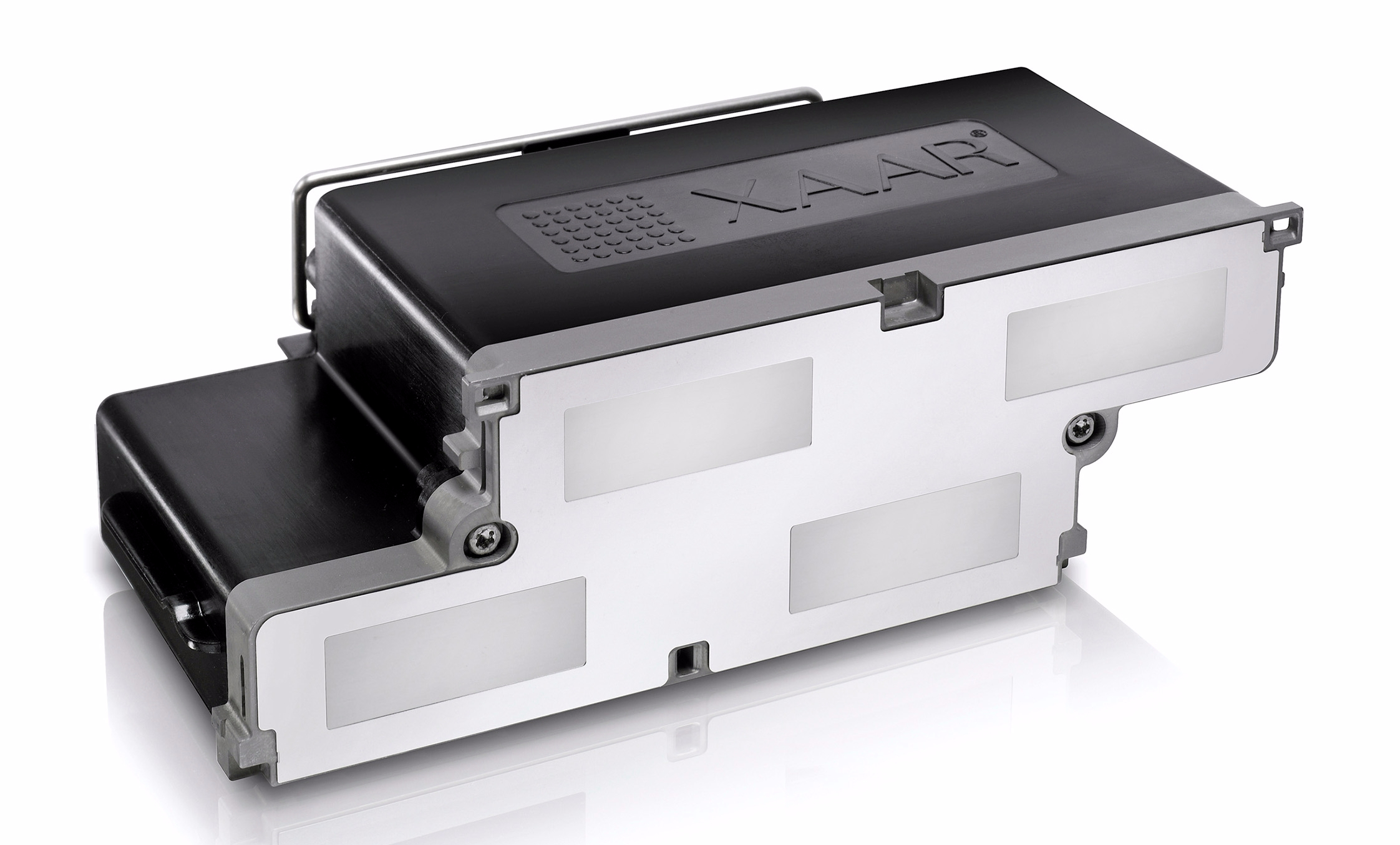 Many vendors have turned to MEMs, or Micro Electro Mechanical Systems, because this technology offers a cost-effective way of designing complex parts. Essentially the system is formed on a silicon or glass substrate. It’s not the easiest technique and requires highly advanced micron-scale fabrication technologies.

Companies using MEMs technology include Konica Minolta, which has a number of printheads such as the KM1024, widely used in large-format printers. There’s a faster version, the 1024i, which is suitable for UV and solvent inks.

It has a high-performance heater built into the head, which makes it easier to handle high viscosity inks. It has a native drop size of 13 picolitres but can produce up to eight levels of greyscale. Resolution is 360dpi.

Dimatix, which is now part of Fujifilm makes a number of printheads, including the Q-class that are used in a number of wide format printers. There are 70 variations with different drop sizes from 10 to 200 picolitres in both binary and greyscale versions. The heads are mounted into frames that have either two or four heads to allow up to 1024 nozzles.

Ricoh also produces printheads suitable for use in wide format digital printing and has just announced a new printhead, the MH5220. This has four rows of 320 nozzles for a total of 1280 nozzles and 1200 dpi resolution. It can jet multiple drop sizes from 2.5 to 9 picolitres by merging the drops in flight.

Xaar also uses MEMs for its Xaar 1003 series heads, which are suitable for use with UV and solvent ink. These printheads come with a new nozzle plate protection feature called the XaarGuard designed to limit damage to the printheads, still a big cause of head failure.

Xaar’s latest printhead is the Xaar 5601, designed to handle aqueous fluids such as dye sublimation inks found in wide format textile printers. The 5601 series has 1200 nozzles per inch, with a native drop size of just 3 picolitres. However, this can be combined with eight greyscale levels to produce an apparent resolution of around 2440dpi.

Both series use Xaar’s TF technology, which stands for Through Flow. Essentially this means that the ink is recirculated through the printhead past the back of each nozzle, helping to reduce the possibility of air and debris in the ink clogging the nozzles.

Epson has developed its PrecisionCore printhead, based on its thin film piezo technology, which is found in all of its wide format printers. The basic principle is that the thinner the piezo film the more it can flex, which in turn gives more precise control over the way that it pushes the ink through the nozzle. As with most modern printheads, the PrecisionCore heads are based on MEMs technology. 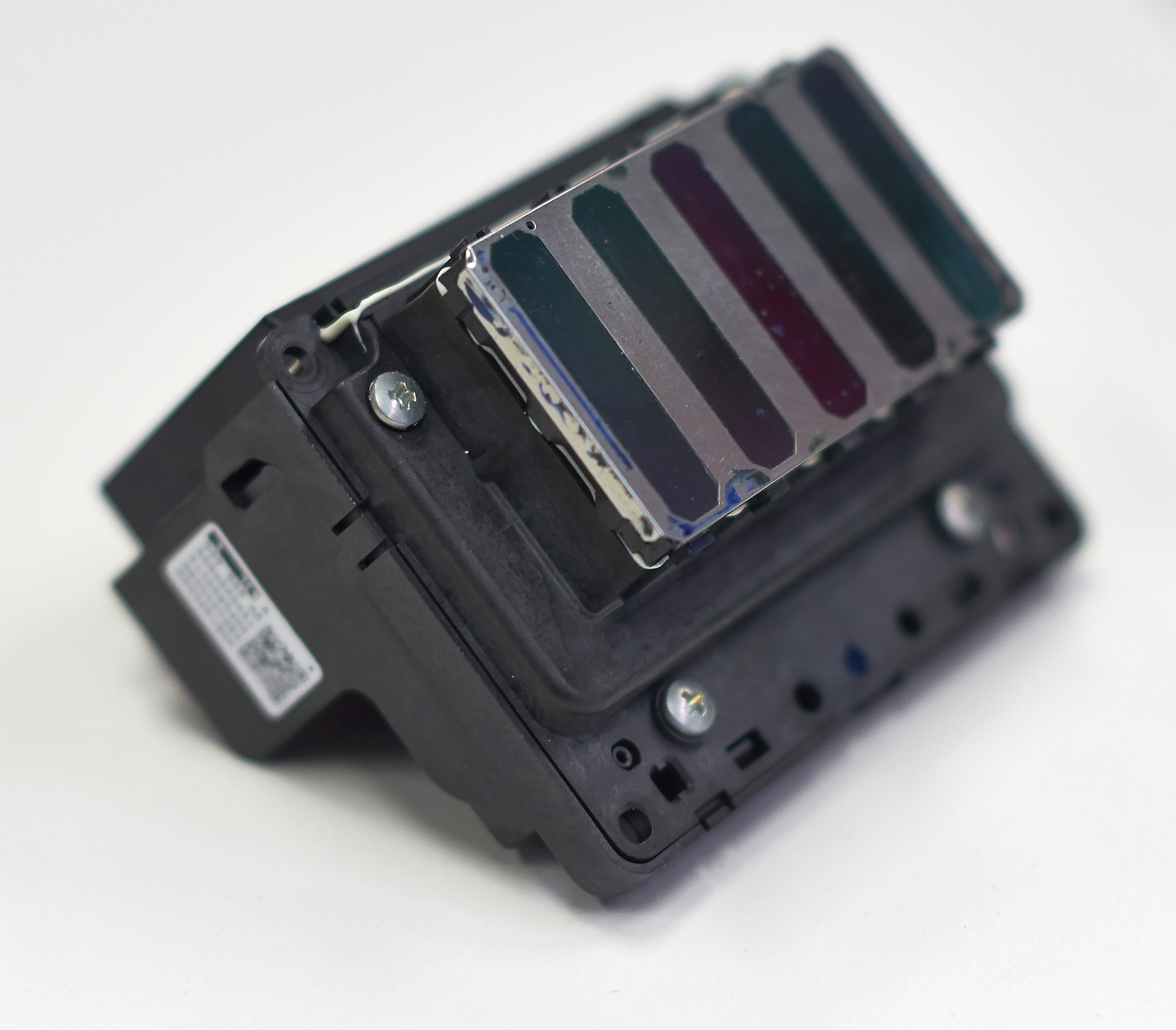 Epson has developed its own PrecisionCore printhead, based on its MicroTFP technology.

While it is true that there are only a few companies making printheads, and that many printers in a given class will be using the same heads, there may still be considerable differences between the printers and their performance. Most printhead vendors produce different variations of their heads, which can be tweaked to meet the demands of the printer developer.

In addition, the ink developers will work with the printhead manufacturers to test and tune both the way the heads are implemented and the formulation of the inks to get the best performance. This means testing what effect the ink will have on the heads, ensuring for example that the ink does not react with the coating on the nozzle plate or the adhesive bonding different parts of the head together.

This testing also looks for the optimum viscosity of the ink, which will directly affect how the ink drops are formed, which might mean heating the inks and ensuring that the head can cope with that temperature.

In most cases the printhead manufacturer will also develop the drive electronics and waveforms necessary to fire the ink through the heads. However, many printer vendors prefer to develop their own waveforms as this directly affects the way the ink drops are formed and the overall performance of the ink with the heads.

Finally, it’s worth pointing out the importance of good maintenance. The biggest single cause of printhead failures is blocked nozzles, which can mostly be avoided by regularly cleaning the heads.

A few minutes spent at the beginning and end of each shift wiping the nozzles clean should ensure that printheads last several years, minimising printer down time and saving money. In any case, it’s best to ensure that the printer warranty includes replacement of at least one printhead per year.

Debbie McKeegan, or ‘Debbie Mc’ as she’s more often known, is FESPA’s Textile Ambassador and curator of the Printeriors showcase which has become such a popular visitor feature at FESPA events. We caught up with her ten days out from the opening of FESPA Global Print Expo 2022 in Berlin to find out more about what Printeriors ‘22 has in store.