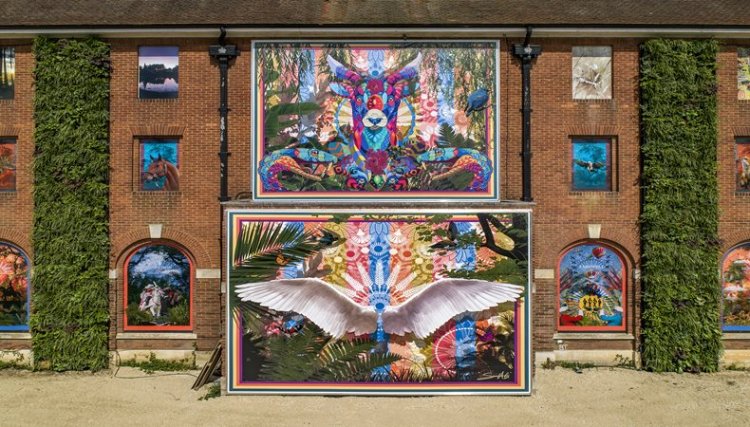 Rob Fletcher takes a look outside at some of the best examples of outdoor print from the past 12 months.

Whenever you step outside, no matter where you might be, the chances are that you will see some sort of print.

Whether it is a giant billboard towering over you in a city centre, or, more common in recent years, floor graphics directing you a certain way or promoting a special offer in a nearby shop, outdoor print comes in all shapes and sizes.

Here are our top 20 outdoor print applications of 2021…

Take to the stage 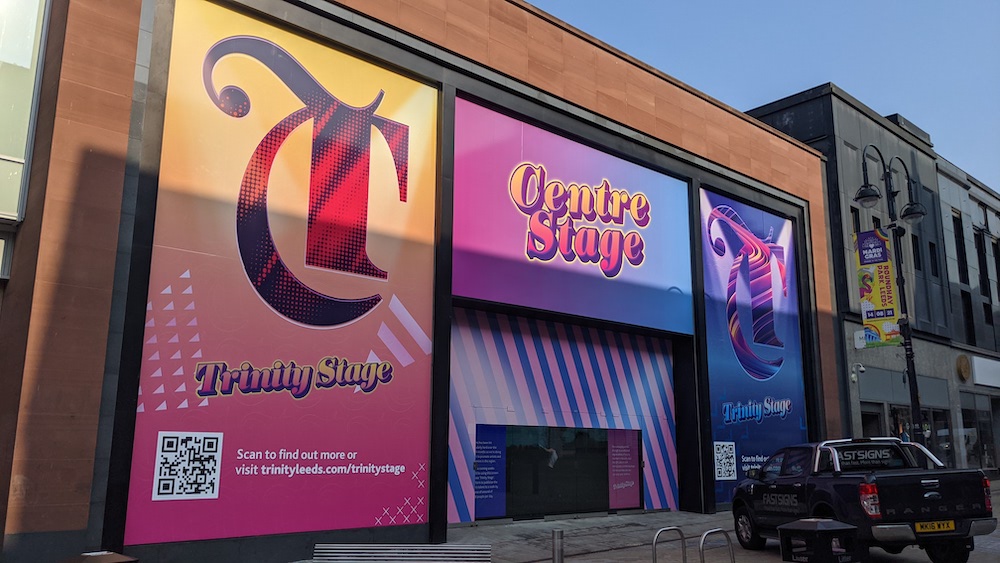 Description: The FastSigns Leeds franchise produced a series of colourful, temporary signage for a former Topshop/Topman unit, including two vinyl fit-outs on street-facing windows and doors. The first phase was a bright yellow vinyl wrap that disguised the empty unit, while the second set teased the unit’s upcoming tenant, the ‘Trinity Stage’. 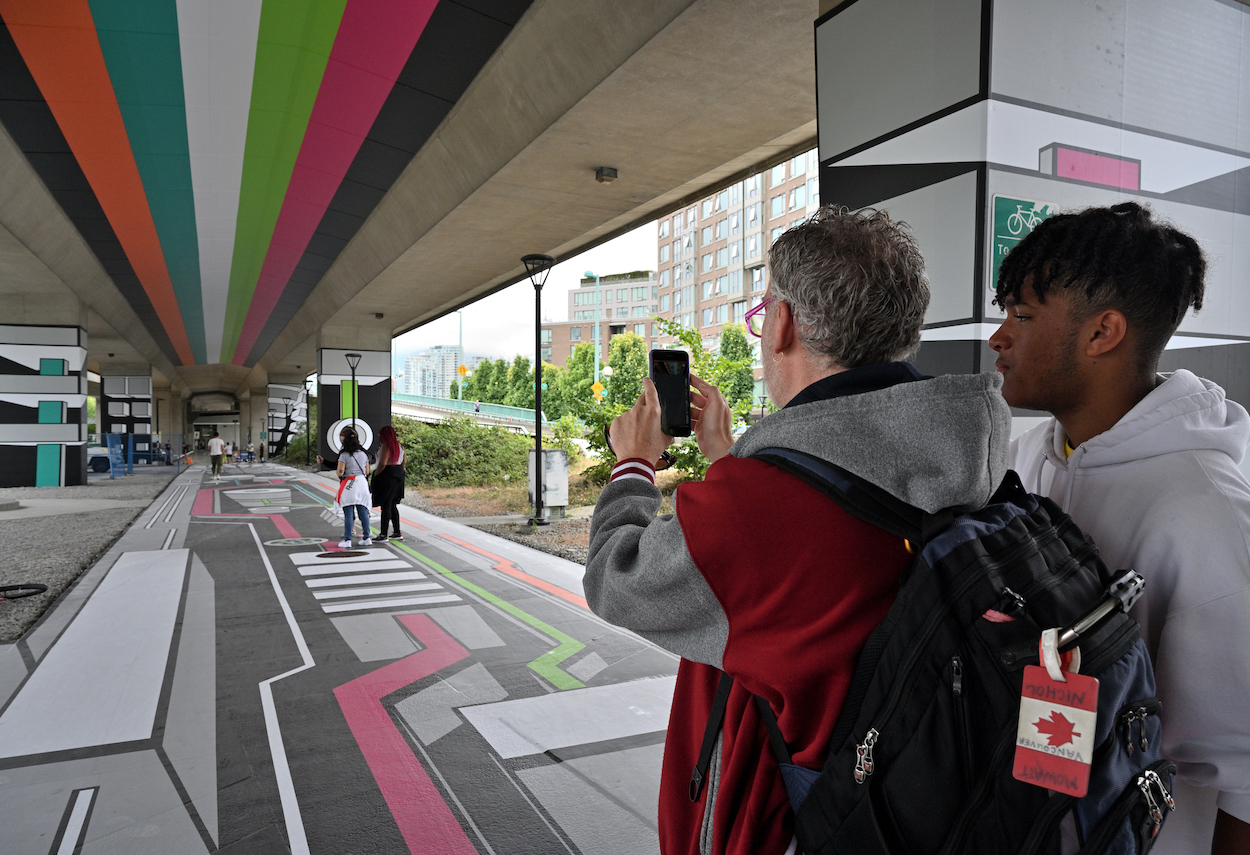 Description: Canadian full-service graphics production and installation company Premier Graphics used a range of films and laminates from Drytac to produce a series of stunning graphics for a project at the Cambie Street Bridge in Vancouver. Artist Jessica Angel had the idea of mixing colourful graphics with augmented reality (AR) to ‘extend' the Cambie Street Bridge into a 19,000sq ft public art installation. Passers-by could scan certain areas of the installation to access additional content.

Fit for a king Description: Using scaffold wraps to cover renovation work is becoming an increasingly popular trend. Project Print Management did just this for Argyll House in London, when a photograph of the location was blown up and printed on material that was then attached to scaffolding. Argyll House is perhaps most famously known as the venue where Wallis Simpson met Edward, Duke of Windsor (then the Prince of Wales).

Description: Part of this project featured last year, but after setting a new World Record for its full application, we felt it worthy of a second look! Selfridges partnered with multi-disciplinary artist Osman Yousefzada and Embrace Building Wraps to create this eye-catching public art commission for its Birmingham store. The iconic building was covered by the world’s largest canvas showcasing Yousefzada’s black and pink patterned design

Designer: Liberty Signs
Description: Manchester-based print and display company Liberty Signs used more than 900m of PVC-free, fully recyclable material from Innotech Digital to create this giant installation for the Manchester International Festival. The application was printed in five days installed over a few nights at 23 locations across Manchester. 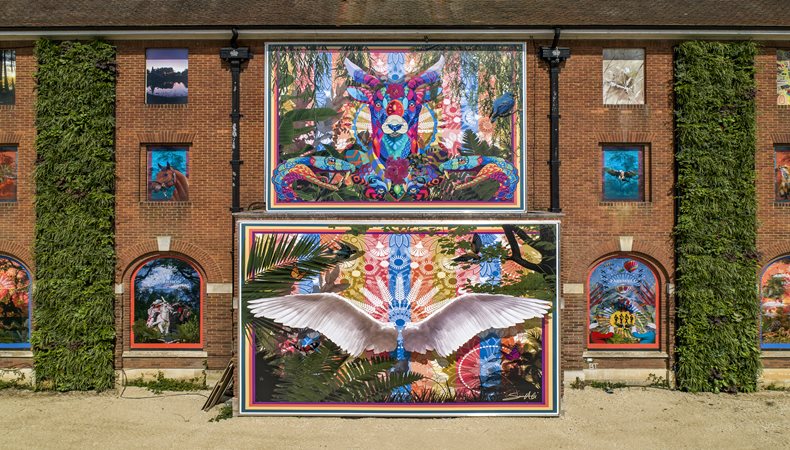 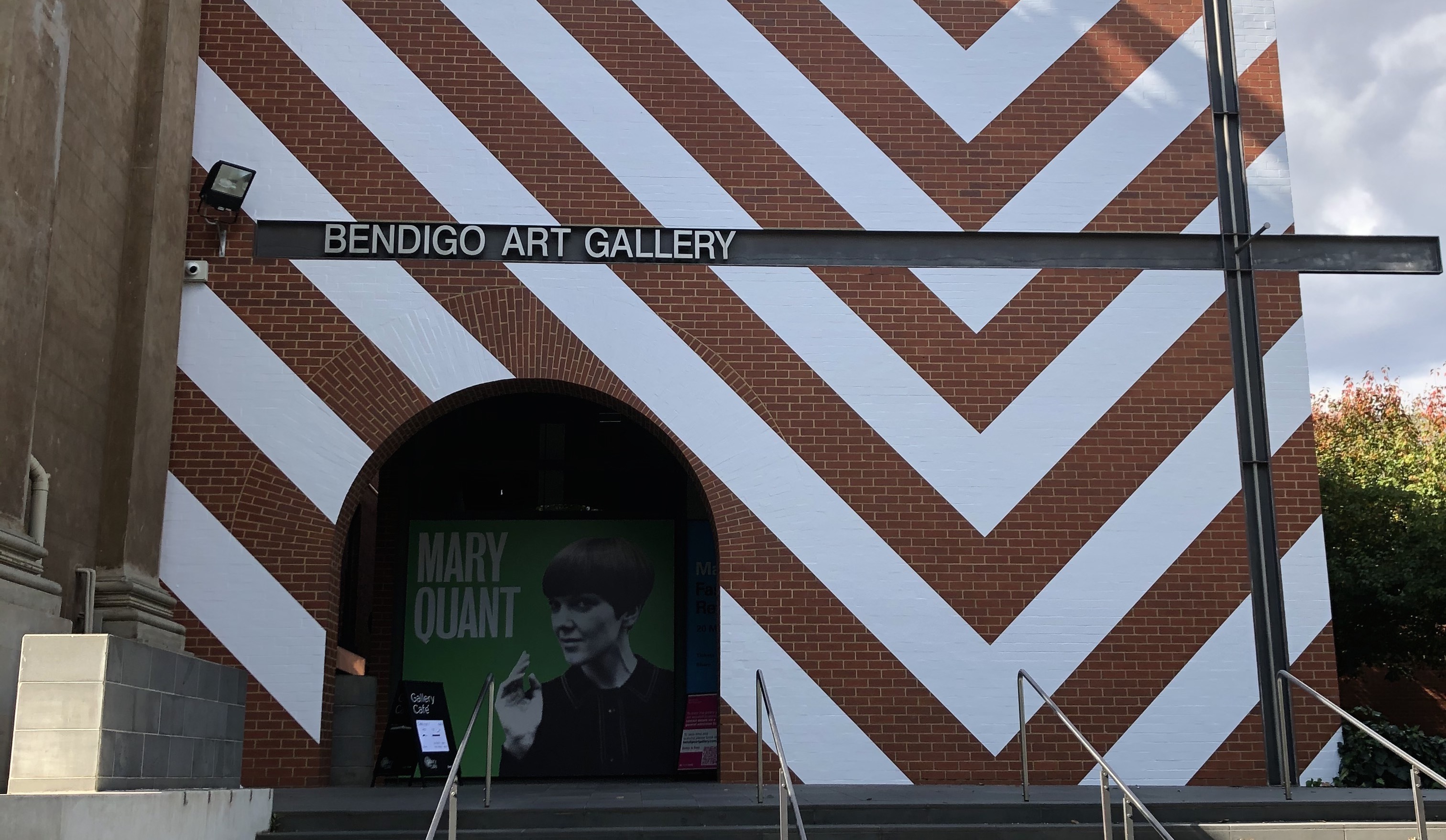 Shop until you drop 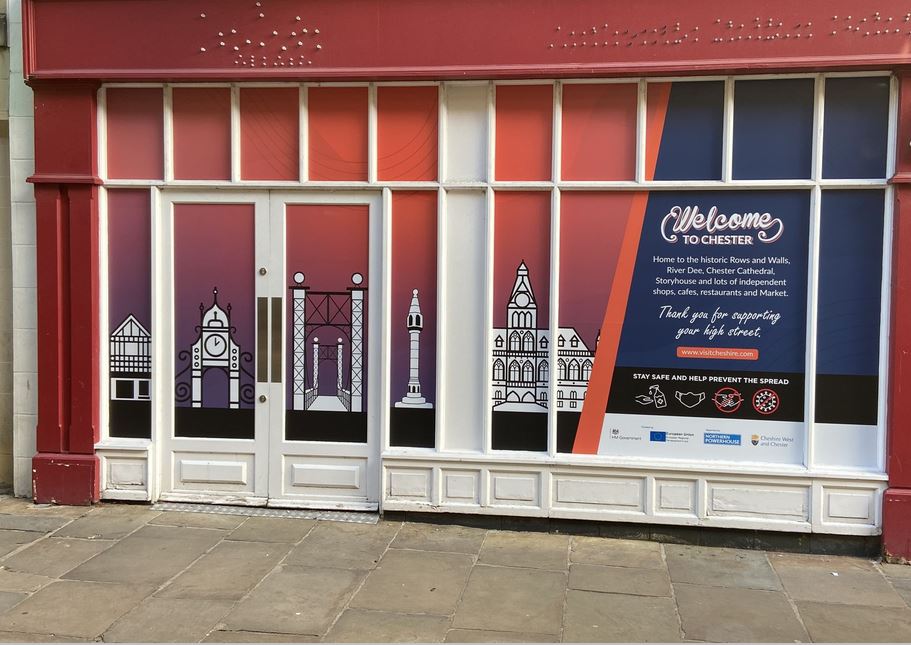 Description: UK-based signage specialist Signs 24-7 partnered with Cheshire West and Chester Council to produce a series of window vinyl applications, transforming the look of high streets across the region. The project was part of a wider re-opening programme, with the aim of aiding economic recovery and increasing footfall and dwell time on high streets. 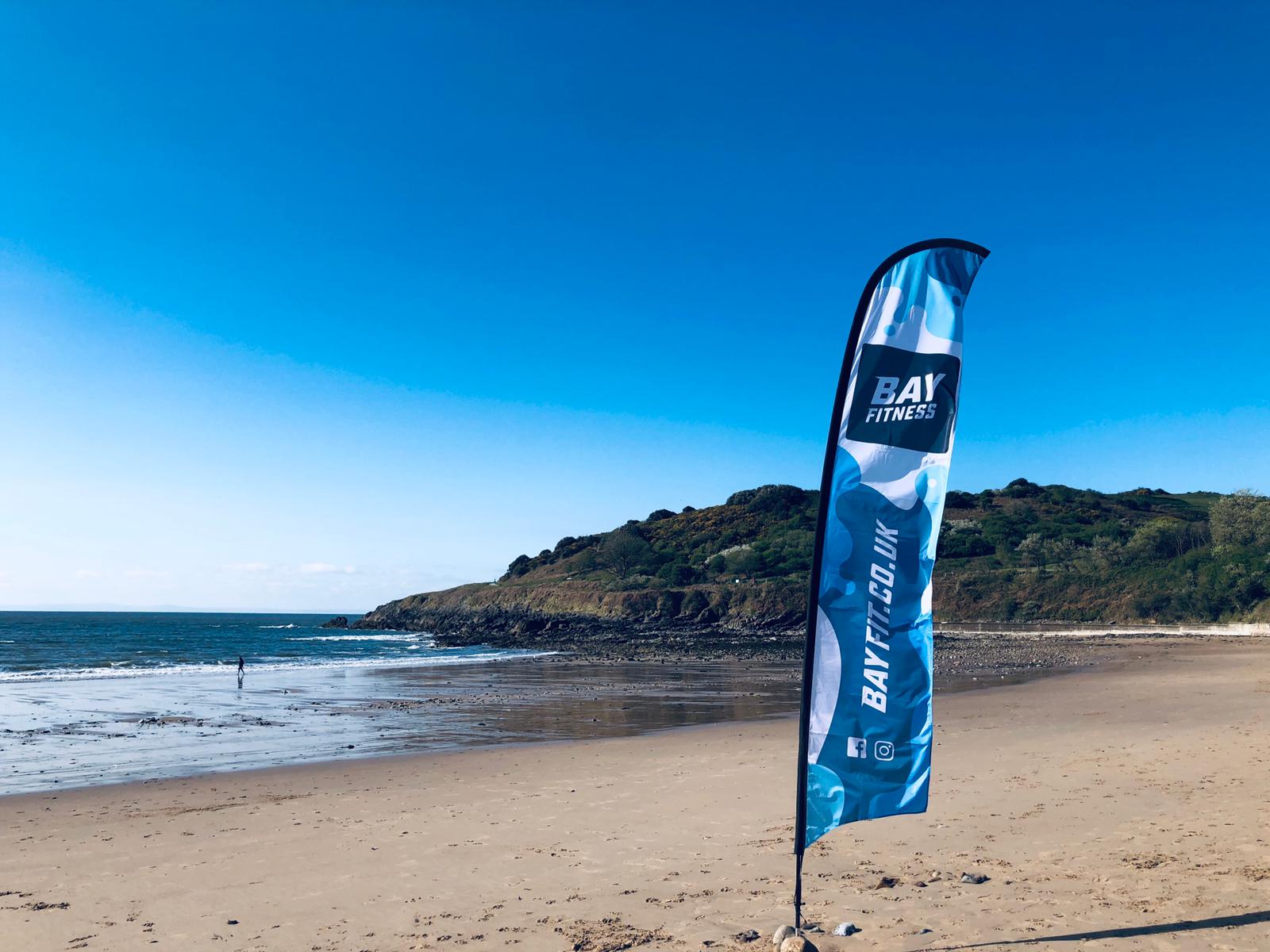 Description: One of the main challenges with outdoor printed work is making sure it can stand up against the elements while still looking the part. Signs Express (Swansea) produced this eye-catching featured banner flag for use on a UK beach

Life is a rollercoaster

It’s up to you, New York 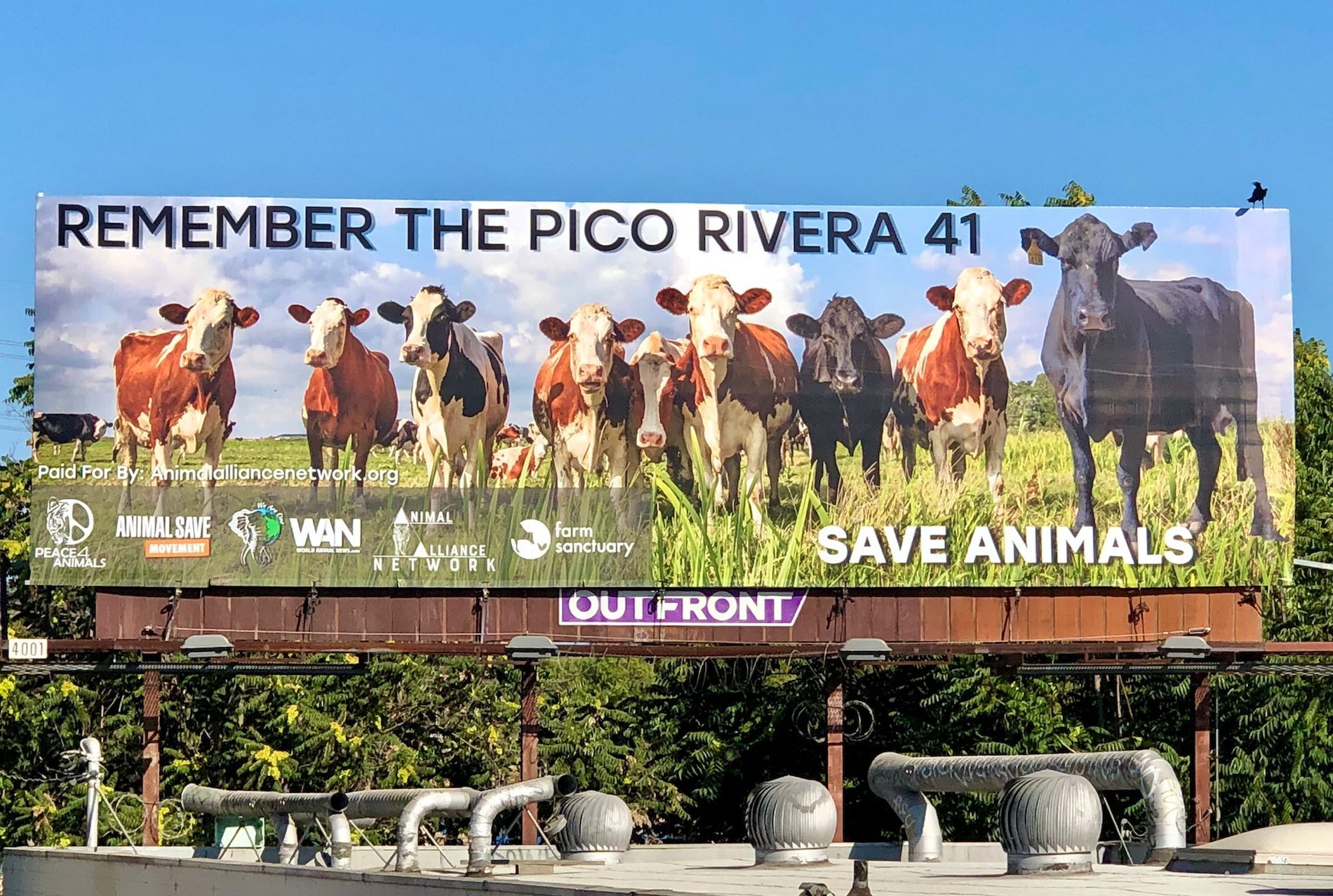 Description: A number of US animal welfare and vegan organisations joined forces to launch a billboard campaign to commemorate a group of cows that managed to escape a nearby slaughterhouse. Some 41 cows made a bid for freedom from the facility in Paco Rivera, with the billboard urging people to go vegan by stating “Remember the Paco Rivera 41”.

Description: Embrace Building Wraps features again for another gigantic project, this time creating a 1,400sq m digitally printed scaffold wrap across all four sides of the former Civic Centre 2 building in Coventry in the UK. The grade II-listed 1950s office block was being converted into a modern six-storey landmark building, with the wrap designed to cover up the building while work took place.

Description: Large-format print company Creative Silhouettes produced an eye-catching series of outdoor installations, based on the work of a local artist at a location in Toronto. The graphics were printed on used Drytac Polar Grip white polymeric self-adhesive vinyl using a HP Latex R1000 printer and installed on marble benches. Description: Canadian public arts organisation STEPS launched the PATCH Hoarding Exhibits, a service that connects land developers with artists to produce unique artwork in Toronto. STEPS invited photographers under the age of 30 to submit artwork focused on the urban environment, health and wellness for the ‘Toronto Makes Good’ exhibit. Description: Another giant project, another job for Embrace Building Wraps! This time, the company wrapped scaffolding around a building with three digitally printed mesh PVC banner sections to cover up building work at the landmark Peter Jones & Partners department store in Sloane Square in London. New butcher on the block 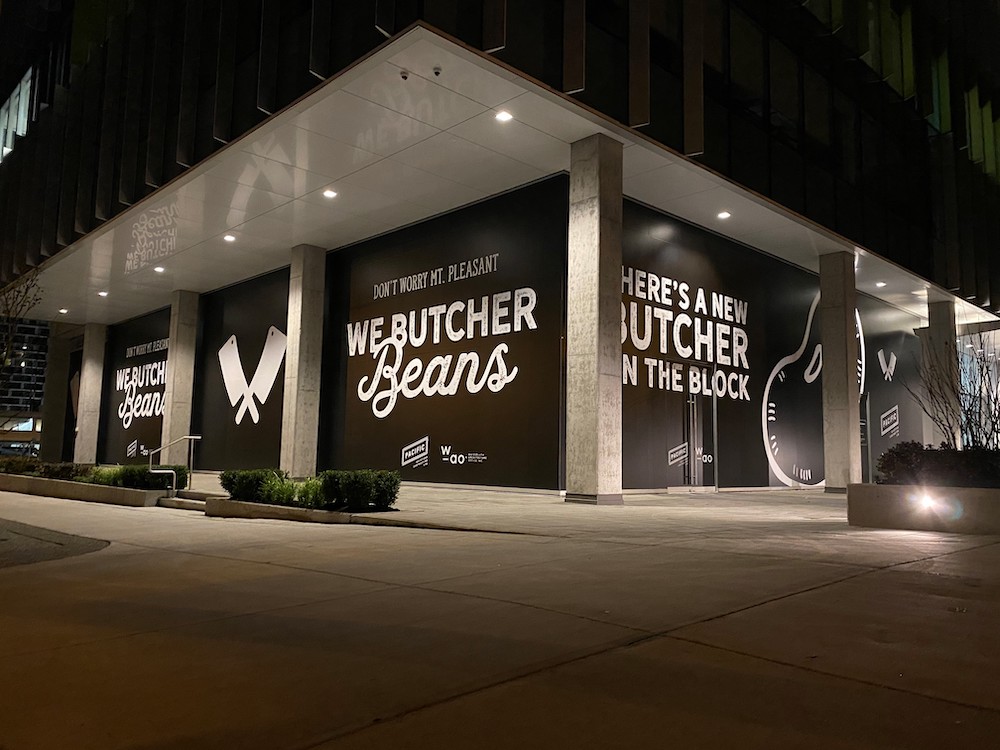 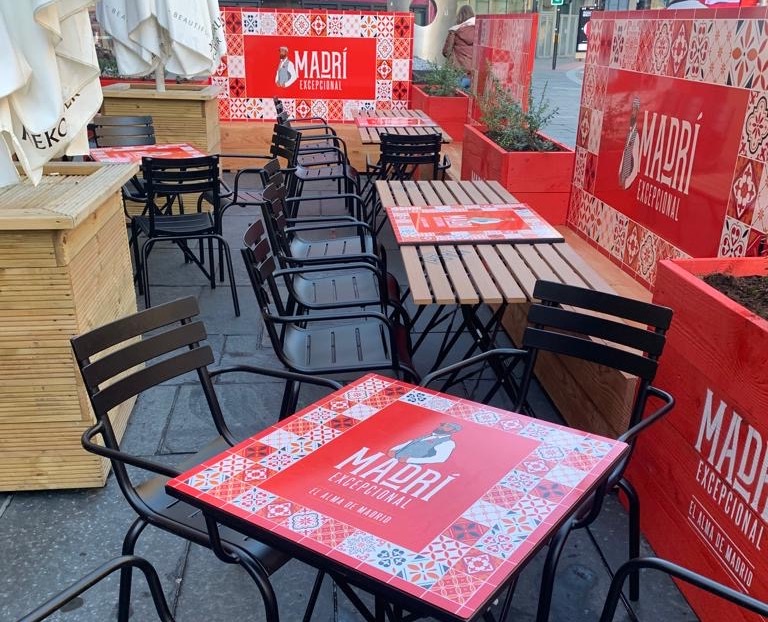 Description: The Signs Express (Central Lancashire) franchise produce this series of bold graphics for use in the outdoor area of a UK café. The graphics were installed on table-tops and on walls around the enclosure.

The FESPA Global Print Expo 2022 will offer visitors from around the world the chance to learn more about the range opportunities available to them in the outdoor print sector, as well as the type of kit they need to succeed in this market.

The FESPA Global Print Expo 2022 will offer visitors from around the world the chance to learn more about the range opportunities available to them in the outdoor print sector, as well as the type of kit they need to succeed in this market. Register now and use the code FESG201 to receive a 30 euros discount and pay only 50 euros for your registration.

by Rob Fletcher Back to News