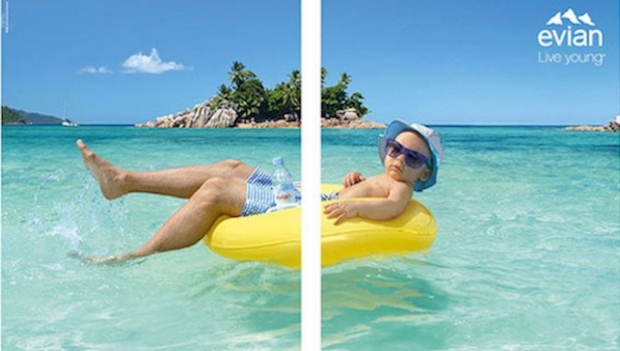 Although digital now accounts for a significant proportion of advertising, print still has its place in the marketing mix. Here we take a look at the best of 2015.

While some will argue that digital and internet advertising is the best way to spread a brand’s message in today’s world, there is no doubt that print still has a major role to play in the modern marketing mix.

Be it adverts in newspapers and magazines, leaflets handed out on the high street, or roadside billboards towering over roads, there are many examples from the past 12 months as to how major brands have utilised print to get their messages out to the masses.

BMW: The 3 Series through time 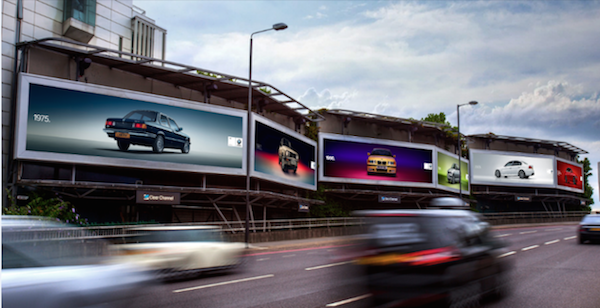 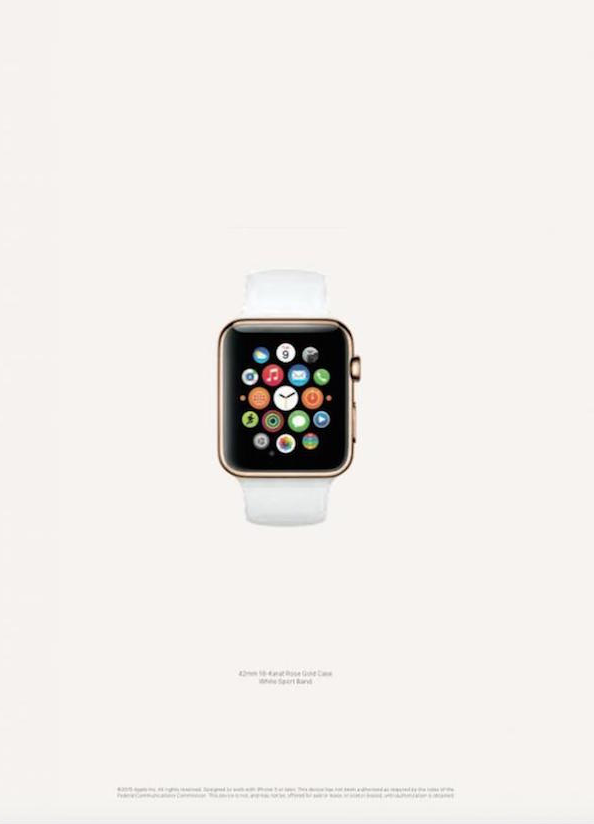 Description: The Apple Watch made a splash this year after its release in April. Despite Apple’s strong grip in the digital media market, the brand opted for 12 pages of glossy print advertisement in March’s Vogue magazine as its first marketing activity for the new product.

Description: Eastern Michigan University (EMU) invited students to take a photo of themselves for use in a campaign by the University. The photos, which were used on billboards alongside a main road, were accompanied by a word that reflects the picture and how they feel about the University. The campaign was also spread across other print ads as well as t-shirts, posters and leaflets. 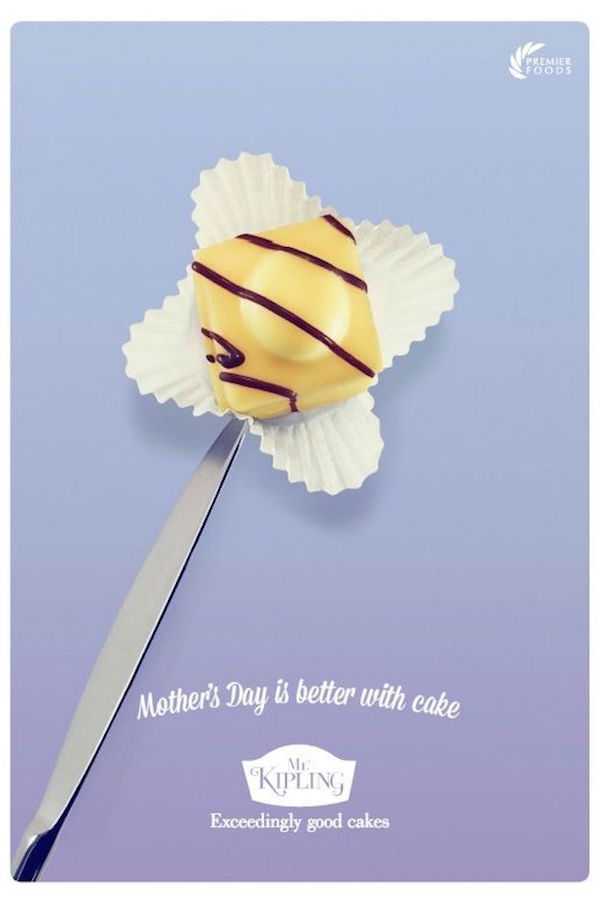 Description: Mr Kipling went back to basics with a series of posters for its wider ‘Life is better with cake’ campaign. Each poster featured a Mr Kipling cake being used in a creative way to show how moments can be made better with cake.

Volkswagen: using the right tools for the job 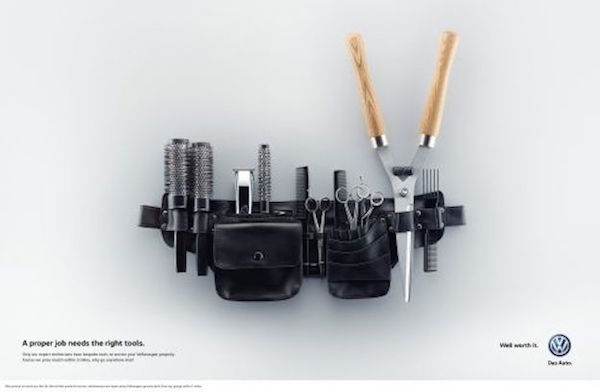 Description: In a troubling year for the company, Volkswagen turned to print to showcase how its mechanics only use bespoke tools when building its vehicles. The German automotive manufacturing giant has approximately 540 tools made exclusively for its staff. 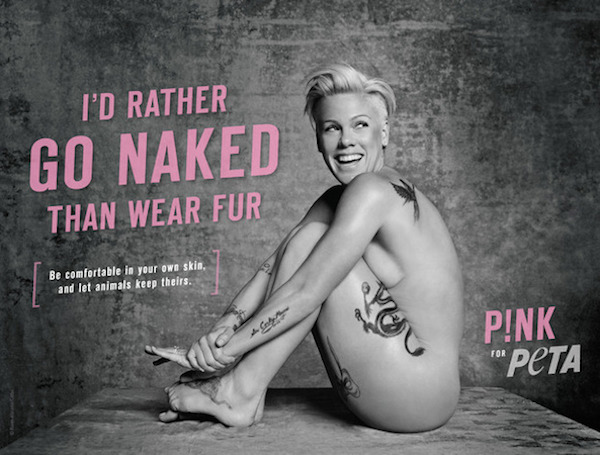 Description: PETA teamed up with celebrity photographer Ruven Afanador for a meat-free campaign that urges consumers not to wear fur. The billboard series featured a nude image of a number of celebrities, including singer P!nk, to discourage people from purchasing animal skin clothing or accessories. P!nk’s billboard featured in New York’s Times Square 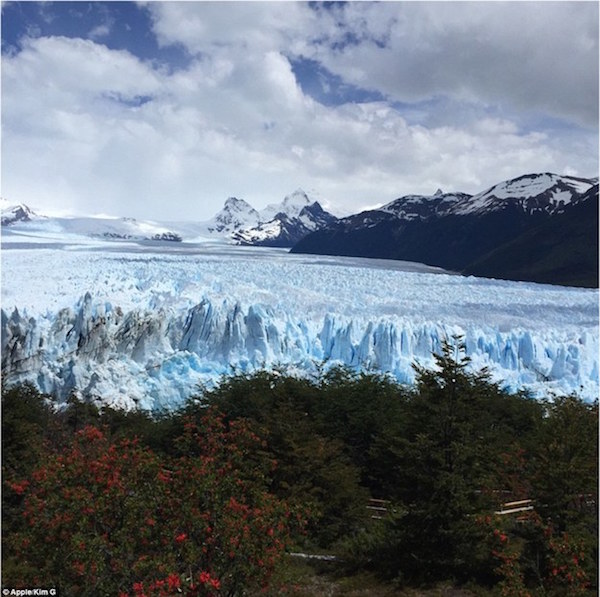 Description: Apple features again in our top 20, this time for a series of print ads that showcase the quality of the camera on its iPhone6. Apple used images taken by users of the iPhone6 and featured them on billboards in 70 cities in 24 countries around the world. Pictured: an image taken by Kim G in Argentina. 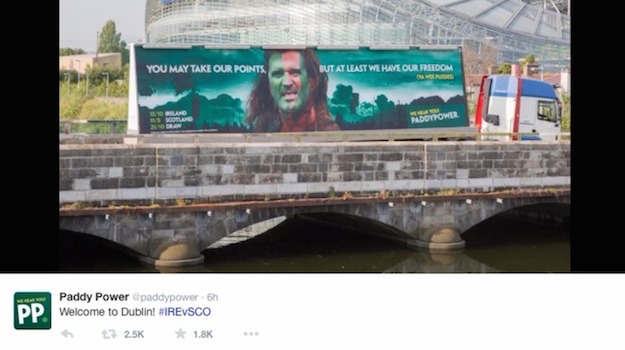 Description: Bookmaker Paddy Power continued its reputation of controversial, tongue-in-cheek advertising in 2015 with a number of campaigns. Here, former professional footballer Roy Keane was mocked up as Scottish warrior William Wallace from the film ‘Braveheart’ and his face painted with an Irish tricolour for a billboard ad.

The poster, displayed in Dublin ahead of the 2016 European Championship qualifying match between the Republic of Ireland and Scotland, poked fun at Scotland’s rejection of independence in a referendum last year. 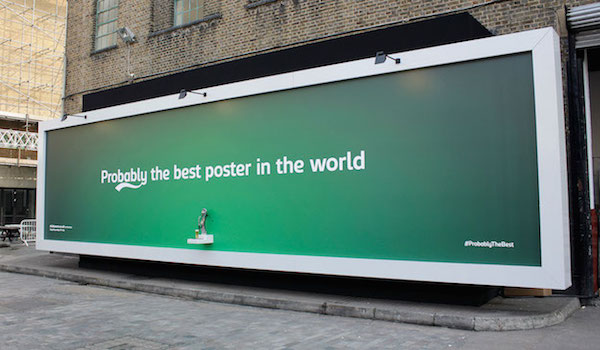 Description: Playing on its long-term ‘Probably the best in the world’ theme, Carlsberg combined a traditional print billboard with new ideas to produce this billboard in London, Passers-by were able to help themselves to a free pint of the lager. 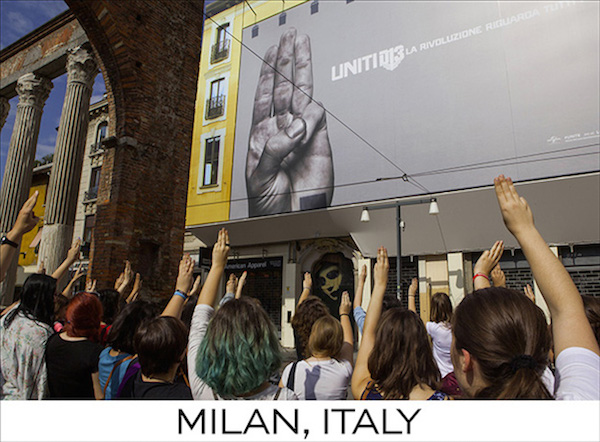 Description: Ahead of the final instalment of the ‘Hunger Games’ film series, Lionsgate, the studio behind the franchise, launched a worldwide print campaign featuring one of the film’s most iconic images. The billboards feature the three-finger salute, complete with a strapline in the language of the country that the ad is placed in. Pictured: a billboard in Milan, Italy.

Evian: live young in the summer 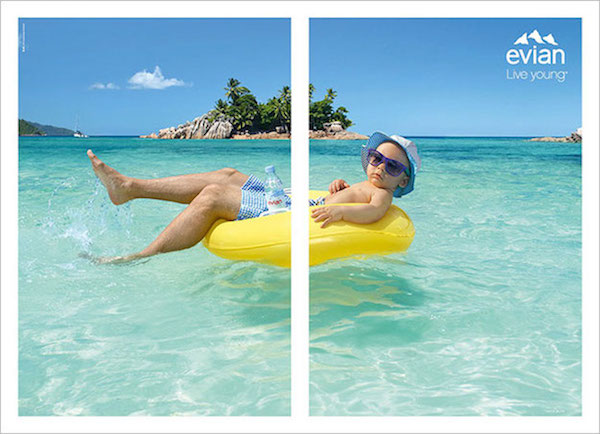 Description: Water brand Evian added a new edge to its ongoing and well-known ‘Live Young’ campaigns showing adults as children. In this latest instalment, the firm featured images of half adults, half children, in various situations during a summer holiday in the sun. 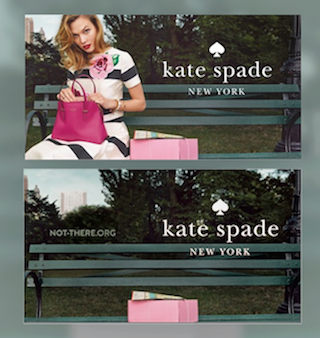 Description: The Clinton Foundation, spearheaded by former US president Bill and electoral hopeful Hillary, used print to promote International Women’s Day this year. Part of the campaign, backed by a host of big brands, saw billboards of such companies altered to show what it would be like without a woman. Pictured: an example of a Kate Spade billboard altered to replace the woman with the campaign website hub, not-there.org.

Picture: Courtesy of the Clinton Foundation 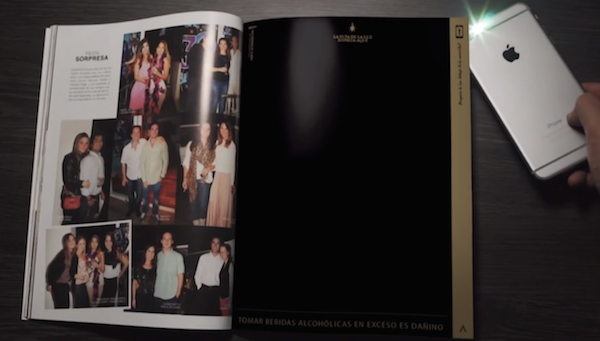 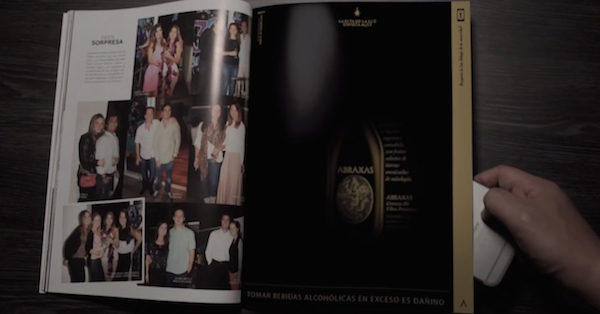 Description: SAB Miller used interactive print to promote its Abraxas brand in a magazine in Peru. The page was printed using a special technique so that readers could place their phone light behind the page to reveal the message printed on it.

McDonalds: what is in your French fries? 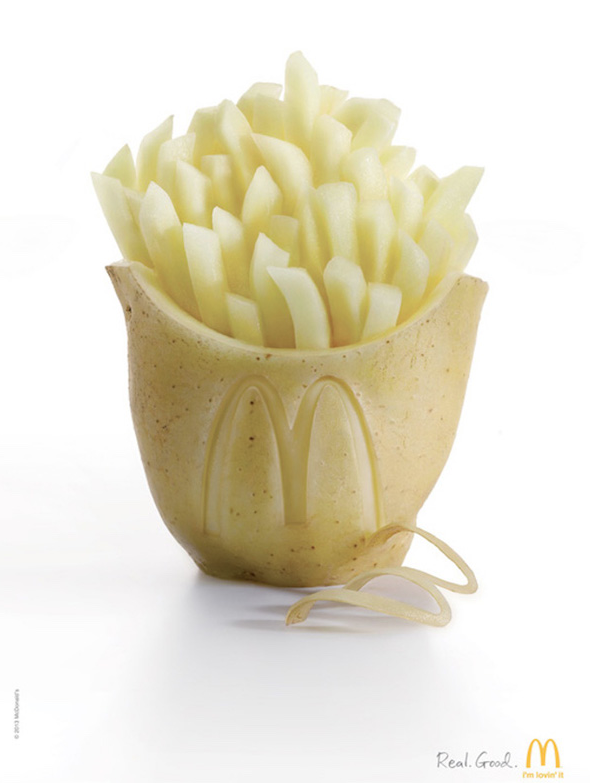 Description: McDonalds rolled out this creative campaign as part of an effort to demonstrate how its food products are made from non-modified ingredients. Here, French fries are shown being carved from a standard potato. 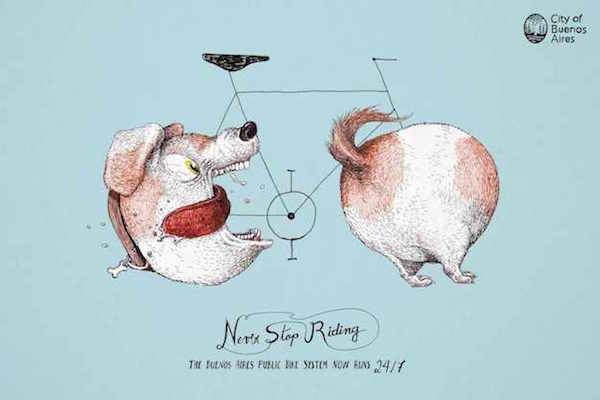 Description: The City of Buenos Aires in Argentina used print to promote the use of its 24-hour public bike system. Using the tagline ‘Never Stop Riding’, people in the city are encouraged to keep on cycling to get what, or where, they want.

Picture: Courtesy of The Community 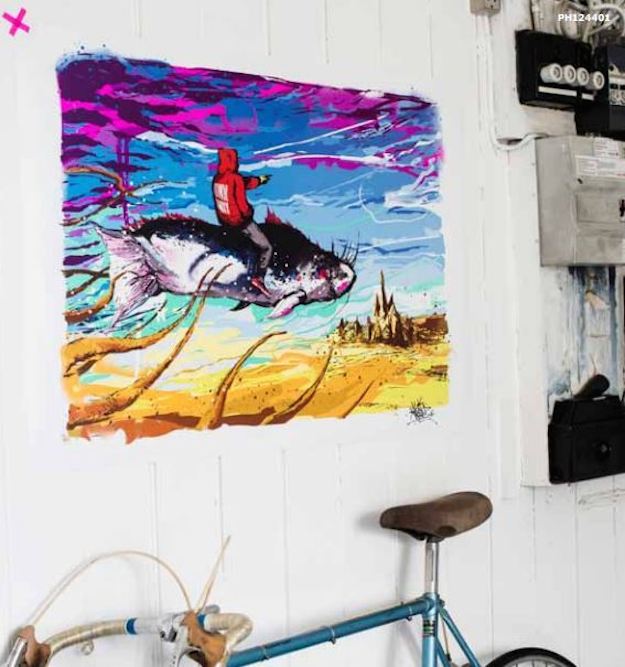 Description: The ever-creative marketers at Ikea came up with an interesting concept this year, demonstrating how customers can brighten up all areas of their home, inside and out, by shopping with the company.

Audi: saving you from hell…and heaven 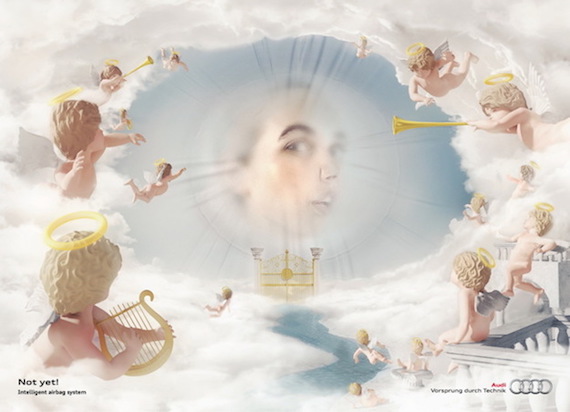 Description: In this print campaign, Audi shows how its airbag technology helps save drivers from death. The images show drivers that have had an accident and hit the airbag, thus saving them from entering the afterlife. 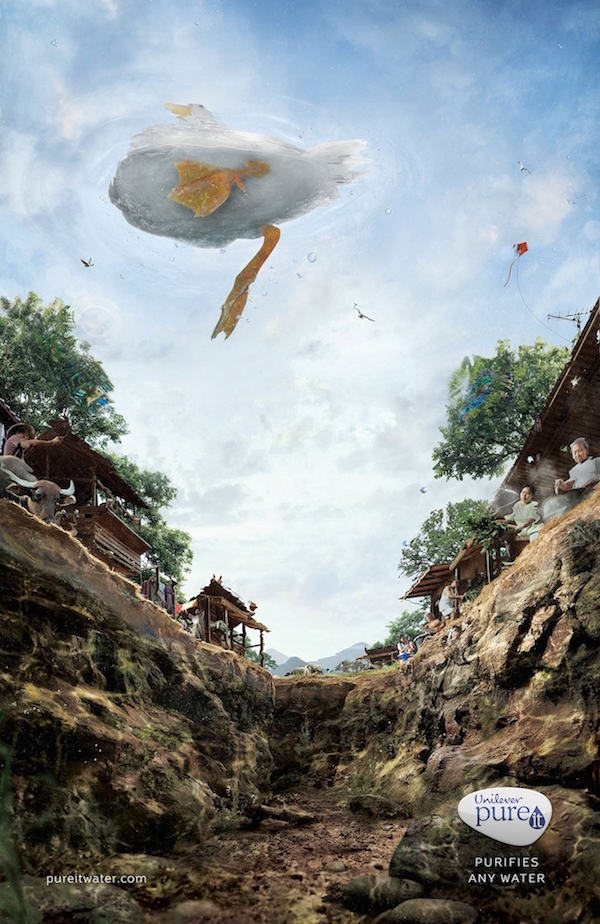 Description: Unilever-owned brand Pureit used print to show how its product can purify any water. The print campaign featured crystal-clear images of places from underneath the water, showing how Pureit can make even the dirtiest of waters clean and safe to drink. 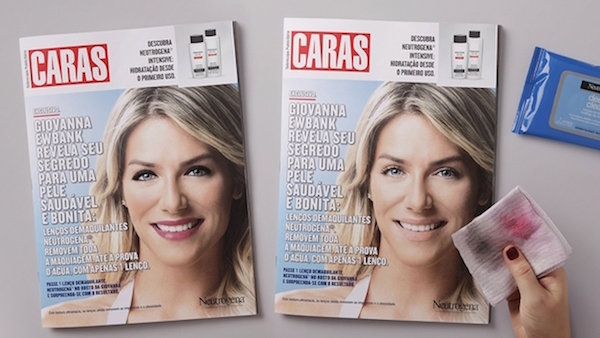 Description: Neutrogena teamed up with Brazilian weekly magazine Caras for an innovative print campaign that enabled readers to get interactive. Readers were able to rub the make-up off an actress featured on the front cover using a free pack of Neutrogena face wipes that accompanied the magazine. 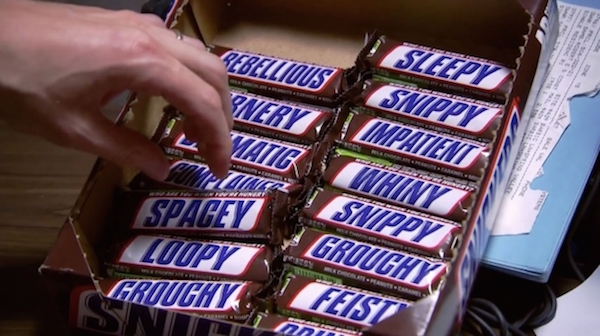 Description: Snickers got creative this year by changing the usual branding on its chocolate bars to 21 different hunger symptoms. The usual ‘Snickers’ wording was replaced with words such as ‘impatient’ and ‘grouchy’ in the traditional Snickers colours to reflect how people feel when they are hungry.