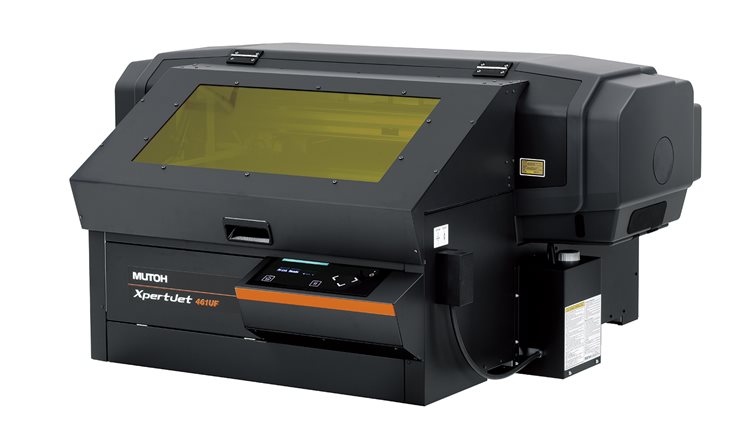 There are a number of small format flatbed printers that use technology originally developed for producing sign and display graphics but designed for printing to objects as well as flat substrates. Plenty of these machines are being sold to manufacturing and industrial users but they are also helping established printers, from wide format shops through to commercial and label printers, to break into new markets.

The most obvious of these markets is personalisation and customisation of other products to add value. Brett Newman, managing director of Mimaki’s UK distributor Hybrid Services, explains: “You could take something like an aluminium water bottle that was £3 and you could put 25p worth of ink on it with somebody’s name and it’s cost you around £4 to produce and it’s sold at £18 each.” He adds that users have also been successful with other types of gifts such as printing photos to acrylic blocks.

Less obvious is the industrial market, with many manufacturers using these printers as part of their production line. This can include anything from printing logos and serial numbers onto parts, or instructions directly onto metal covers.

Most of these printers come with a flat bed but most vendors also sell jigs to hold objects in the right place under the printheads regardless of their shape. In truth, any competent large format user could probably make their own jigs.

All of these printers use UV LED-curable inks, and most offer a choice of different inksets so that users can match the most appropriate ink to the materials they’re printing to. As with any UV printer, it’s possible to print layers of ink on top of each other to create tactile effects, including braille, and most of these printers include clear inks for varnishing effects. Newman says that customers typically dedicate one machine to fulfilling a particular contract with the most suitable ink for that project and will buy a second machine for another contract loaded with a different ink. Caption: These gauges, which have been printed on a Mimaki UJF printer, show a typical industrial application.

Mimaki, for example, offers a number of inksets. This includes LH-100, which cures to a very tough finish and can withstand a lot of abrasion but is only suitable for rigid substrates, and LUS-120, which can stretch up to 170 percent without cracking when pressed or folded, and is suitable for soft material surfaces such as membrane switches or smartphone wallet cases. There’s also a choice of primers including PR-200 primer, which can be used on resin, glass and metal materials. 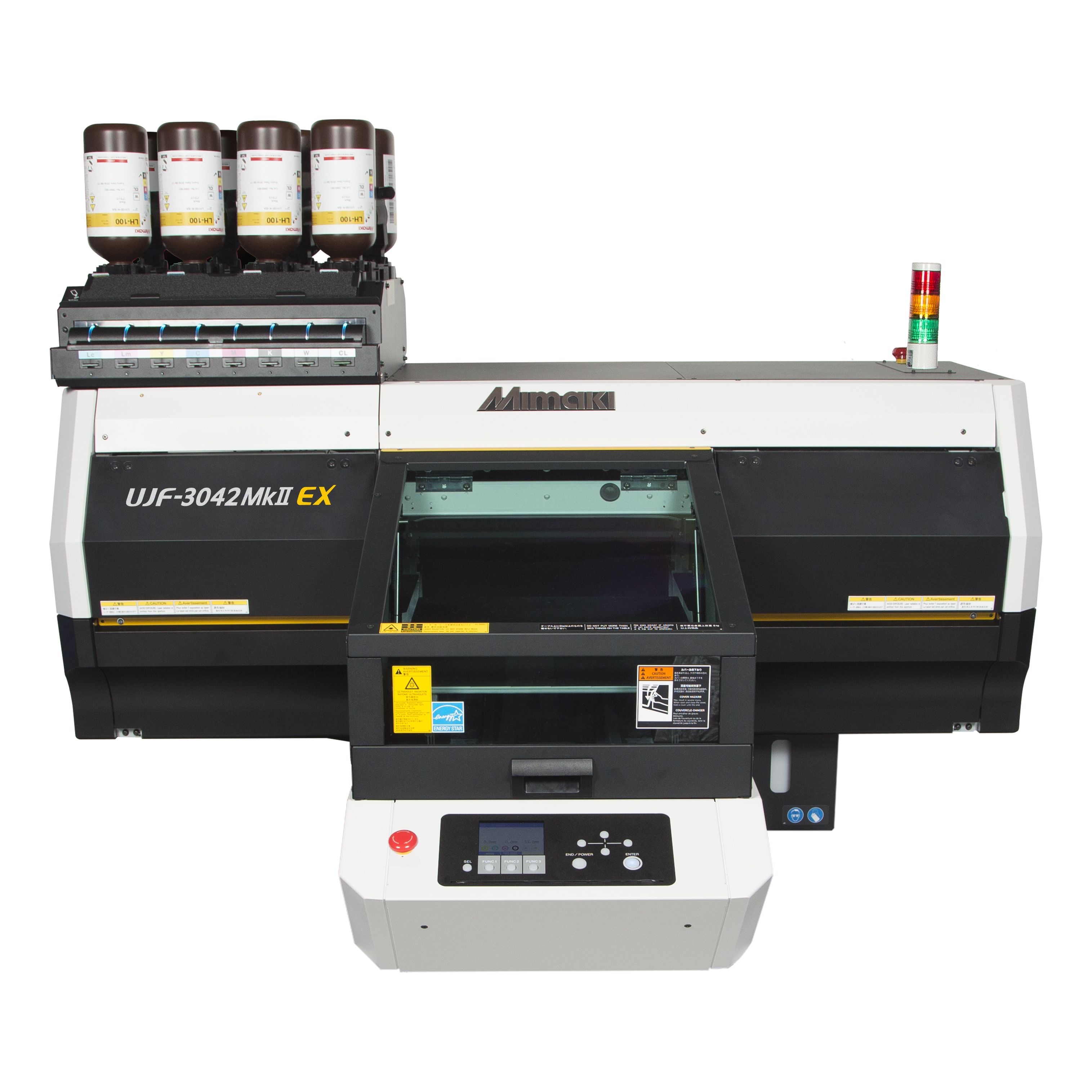 Caption:  Mimaki’s UJF-3042 MkII EX can be loaded simultaneously with white, varnish and primer alongside the CMYK inks.

Mimaki produces the UJF-3042MkII EX, which can print at 1200 x 1200 dpi over an area of 300 x 420mm and direct to objects up to 153mm high. It has four printheads and can hold up to eight ink bottles so that it can be loaded with CMYK plus white, varnish and primer simultaneously. There’s a bigger version, the UJF 6042 MkII, which takes objects up to 610 x 420mm. Both can be fitted with a Kebab – a special jig that rotates a cylindrical item so that images can be printed all the way around an item such as a drinks bottle.

Mimaki also sells a larger printer, the UJF-7151plus, which has a maximum printable size of 710 x 510mm and print to objects up to 153mm thick. As well as the standard CMYK plus white and clear inks, there’s also a metallic ink option able to produce either a matte foil-like finish or a glossy paint-like effect. Mimaki says this ink should be a viable alternative to using a secondary process such as applying glitter or foil, particularly for materials such as polycarbonate and ABS.

Roland has developed the VersaUV LEF-2 series of printers. These start with the basic LEF2-200, which has a print area of 508 x 330mm and takes objects up to 100mm high. This has six ink channels for CMYK plus a combination of white, gloss or primer. There’s a larger model, the LEF2-300, with a print area of 770 x 330 and the same 100mm height. Then there’s a further variation, the LEF2-300D, which has the same print area as the standard 300 model but takes objects up to 200mm tall. Both of these offer seven ink channels so they can take the full set of CMYK plus white, gloss and primer. 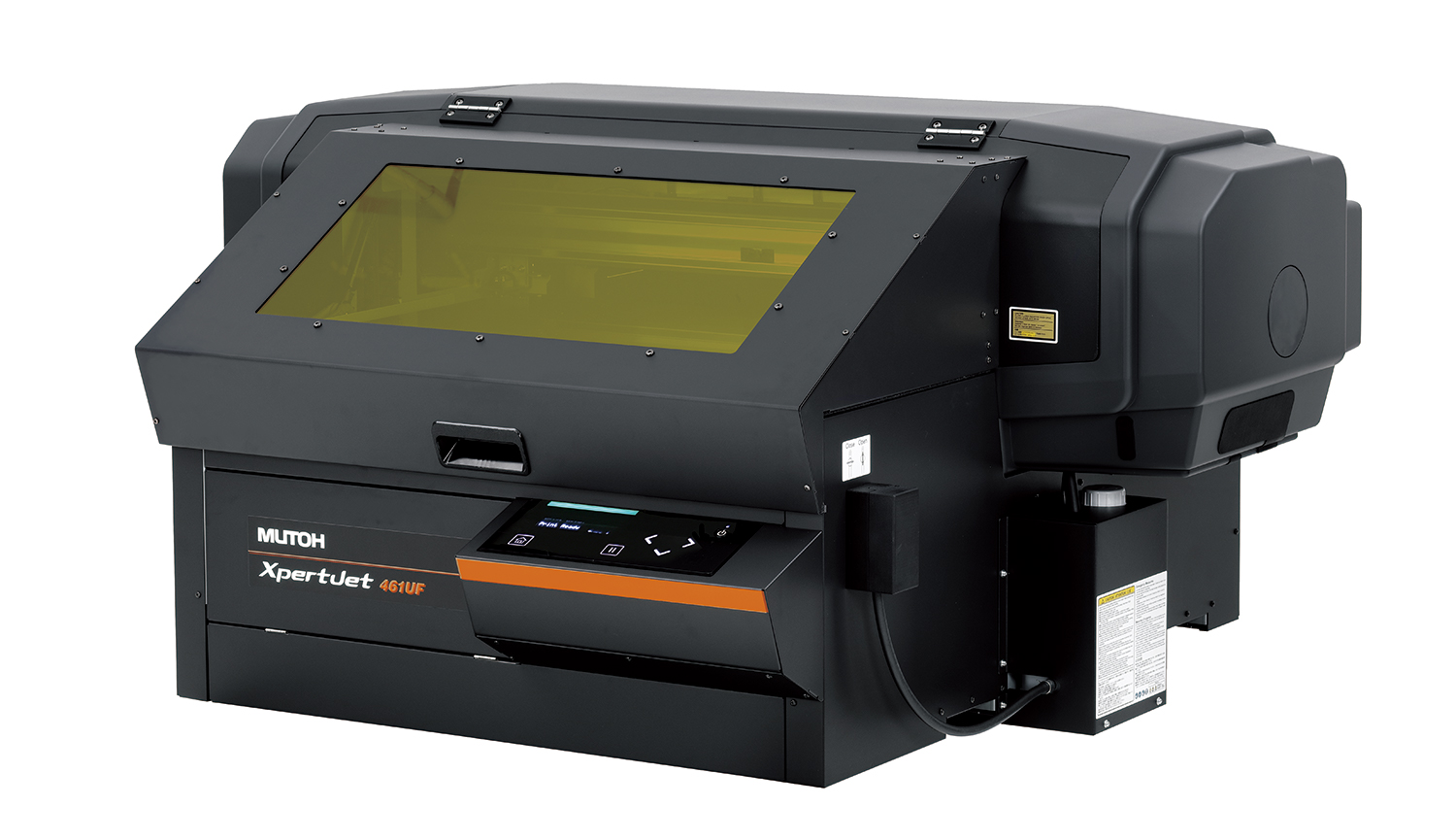 At the start of 2020 Mutoh introduced two new industrial printers, the XpertJet 461UF and XpertJet 661UF. The 461UF has a print area of 483 x 329mm, while the bigger 661UF can cover 483 x 594mm. The smaller model takes objects up to 70mm high with the standard print table, or 150mm high if you remove the table, while the 661UF can take objects up to 150mm in height without any messing around. There’s an optional vacuum table available for both, and a rotary jig for turning cylindrical objects such as drinks bottles for the 661UF.

These printers use a single 8-channel Epson printhead with 1440 x 1440 dpi resolution. They can be set up for either CMYK or CMYK plus either varnish or white and varnish. there are two ink sets for printing to either rigid or flexible materials. Curing is via a 2ins-wide LED array, which has been split into six segments, each of which can be individually controlled. The degree of curing can be varied to produce different effects, such as gloss, satin or matte varnishes, and these can be different across the segments so that it’s possible to print several different objects, each with different finishes, all at the same time. 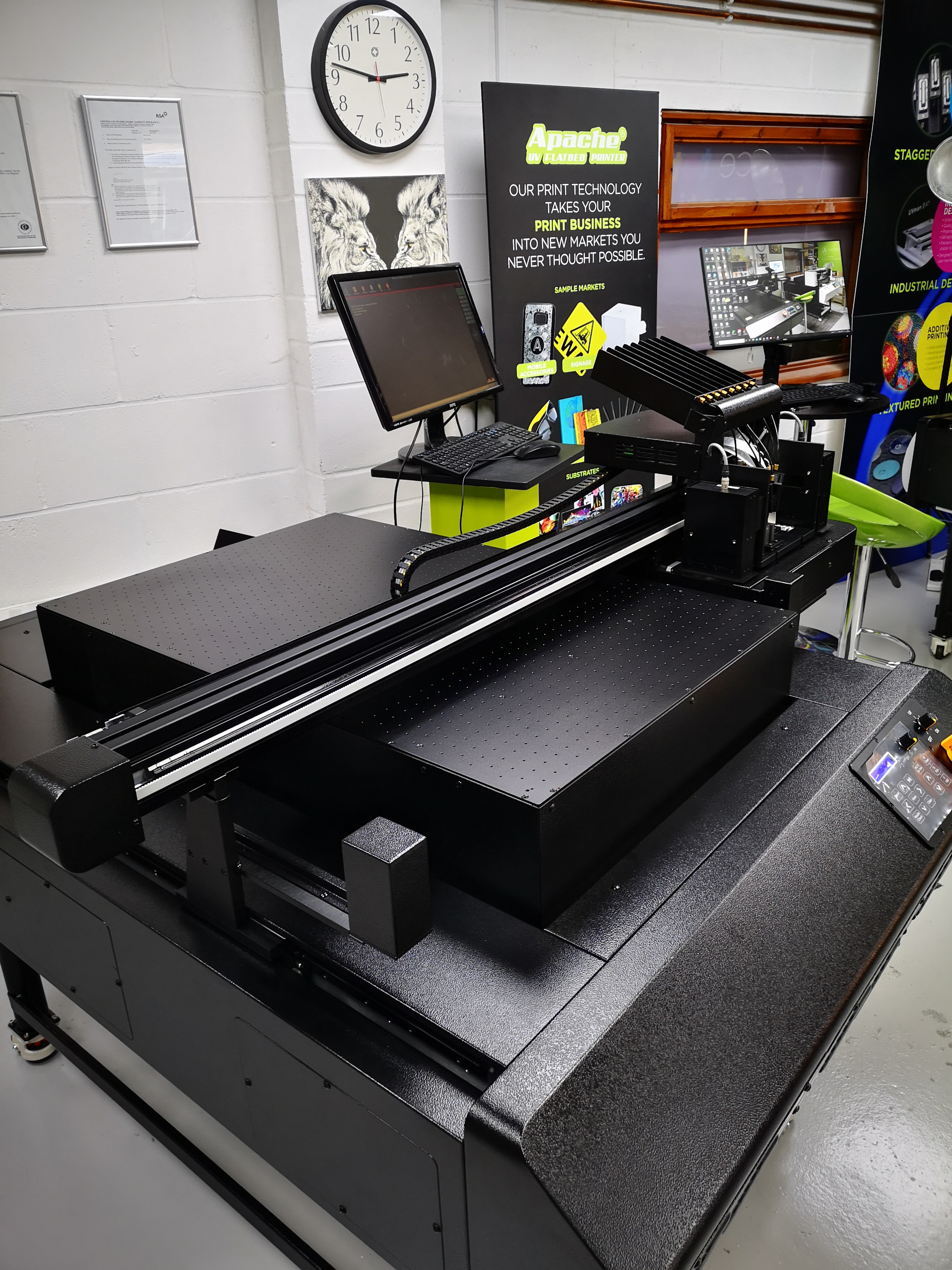 Caption: These gauges, which have been printed on a Mimaki UJF printer, show a typical industrial application.

Axzyra, based in the UK, sells the South Korean Apache range of flatbeds targeted specifically at the industrial market. There are five printers in the range starting with the GH4545 Evo, a desktop machine with a print area of 450 x 450mm that takes substrates up to 120mm high and 10kg in weight. The biggest is the GH1012 Evos, which takes materials up to 1000 x 1200mm, 20kg in weight and 150mm in height.

All of these printers use Ricoh’s GH2220 printhead but the company has just launched a new series fitted with Ricoh’s latest TH5241 printheads, which at 1200 dpi lead to better image quality as well as faster printing speeds. It uses two heads, each with four channels, and can print CMYK with white, varnish and primer. There are two sizes available with the TH6090 having a bed of 600 x 900mm, while the TH1012 offers a print area of 1000 x 1200mm.

In conclusion, these machines may be much smaller than a typical wide format printer, but they offer a great opportunity to diversify. And in these challenging times such opportunities can make a big difference.