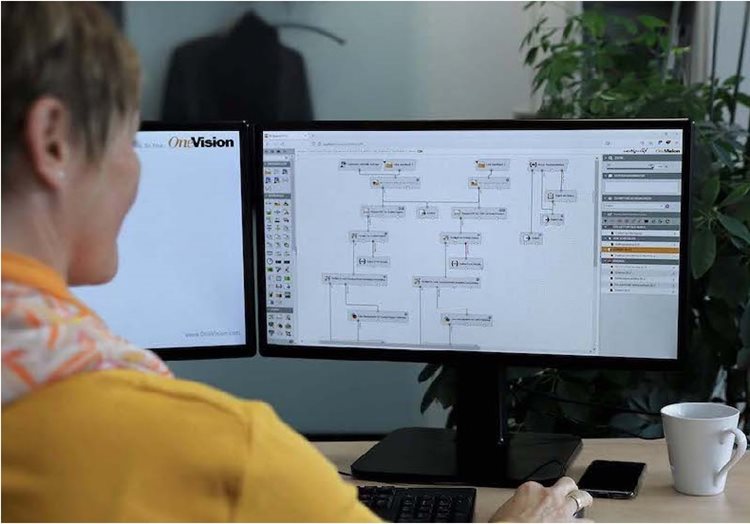 It’s tempting to think that the RIP software will handle all of the various job preparation tasks from colour management to making cut marks, and this may be true for many small print shops since large format RIPs have generally evolved into fully formed digital front ends. But larger print service providers should consider a workflow that can centralise some of these tasks before the job reaches the RIP.

Some RIPs can be used to drive multiple printers - typically up to four - and to balance jobs between the print queues for those different printers. That approach can help smaller printshops centralise some of their production but a workflow is much more than just a very powerful RIP. 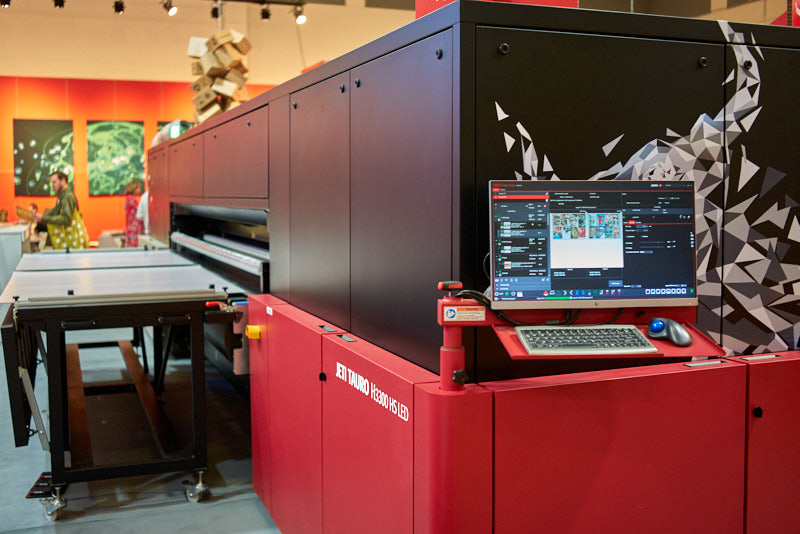 Caption: Agfa's Asanti software powers all of its own printers, including this Jeti Tauro. ©Nessan Cleary

The idea behind workflow software is that if each job is properly set up in a separate prepress stage then those jobs will fly through the RIP without any further hold-ups, thus ensuring that the printer and cutting equipment keep working, since they’re not earning any money while sitting idle. Also, productivity isn’t just about having the latest, fastest printers, but more about keeping a constant flow of work to the hardware. A workflow can be used to automate many of the common tasks leaving the operators free to concentrate on the more complicated jobs.

Most workflows will offer a similar range of functions but you may find that some workflows will be an easier fit than others simply because most workflows will assume that you work in a certain way. In most cases, the workflow will automatically pick up the jobs from an Ecommerce platform, or possibly from an MIS, or else those jobs can be manually entered into the system.

The next step will be to preflight each job to check for obvious errors such as missing fonts, as well as comparing the job against its job ticket to ensure that it is what it says it is. This preflight stage should also include automatic correction of some errors, and you should be able to set the level of automation to find the right balance between fixing problems and introducing new errors. 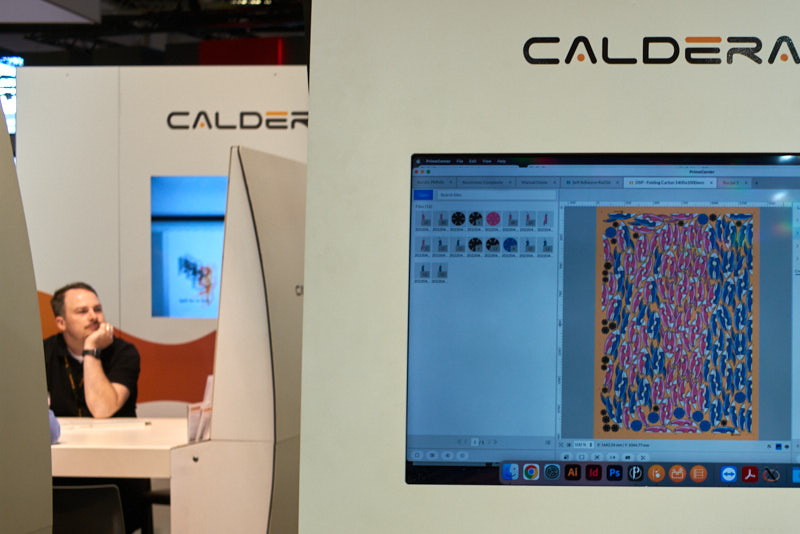 Caption: Caldera showed off its software, including PrimeCenter, at the recent Fespa show in Berlin. ©Nessan Cleary

Most workflows should also be able to add cutter registration marks and cut contours, as well as margins and annotations and setting up nesting. In most cases, these functions can all be automated, usually through setting up templates for common types of jobs, and then using the metadata from the job ticket to add the specific requirements of each job.

It’s usually better to centralise the colour management at the prepress stage through the workflow, rather than at the RIP so that you can produce consistent colours between all the different devices in use. That can really come into its own if you have to match a reprint against part of a job that was done on a printer you’ve since replaced. But it also helps if you have campaigns where, for example, some elements have been printed on rigid media on a flatbed, and others on a roll-fed printer.

There are quite a number of workflows available, too many to go through them all here’s so we’ve picked out a few to illustrate the sort of features you can expect. Many RIP vendors do offer some kind of workflow, and in most cases the workflow will also include a RIP.

PrintFactory, for example, offers a number of tools that together can make for a fairly sophisticated workflow. It can drive a wide range of printers from many different vendors so that it’s relatively straight forward to centralise the colour output across those devices. It includes a Calibrator tool that uses Device Link profiles and an EcoSave feature that can reduce the amount of ink used. It can be used to make last minute changes in design files without having to go back to the original design software, and can set up cutting contours as well as adding grommet and registration marks. It can also automatically nest different jobs together to save media usage.

Another feature, PrintStation, can automatically balance jobs between several printers to improve throughput. Finally, there’s a Cloud dashboard that provides some analytics information, such as media and ink usage on all the printers, as well as their overall productivity, which can indicate areas that can be better optimised to improve profit margins.

Caldera has developed PrimeCenter, which is designed to prepare jobs before they are sent to the RIP. PrimeCenter attempts to automate this as much as possible by letting users pre-set recipes - combinations of settings that apply to certain types of jobs - with different recipes for different classes of work. It includes an XML job ticket system, and can use this to group different jobs together to optimise production. It’s sold as an annual subscription license and is available in three flavours - Basic, Pro and Max, so that you only pay for the level that you need.

OneVision, which started off by developing highly automated preflighting software for commercial printers, now offers automated workflows that are optimised for different areas of printing, including a version for wide format use. The Wide Format Automation Suite relies heavily on job tickets and metadata to automate functions such as preflighting and error correction as well as intelligent nesting and job ganging. It also integrates with other devices such as cutting tables as well as most printer RIPs. 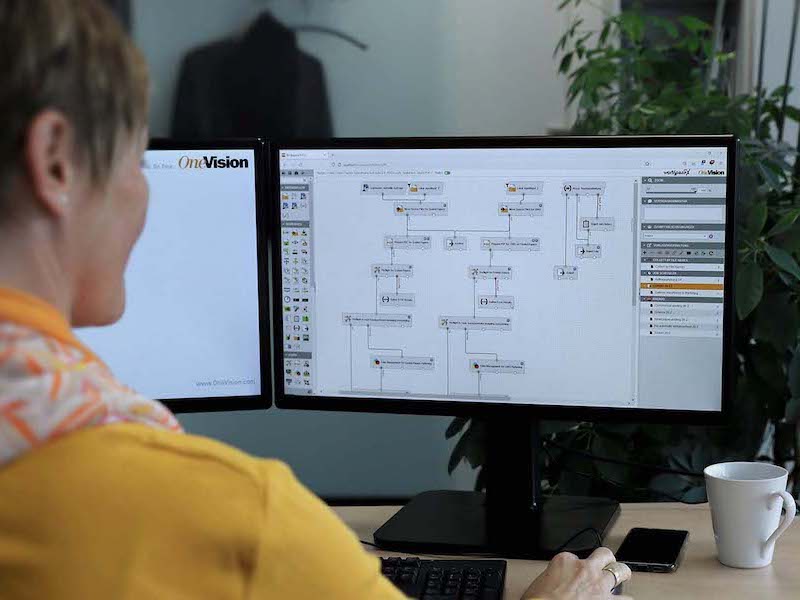 Agfa offers Asanti, which comes in two halves. The basic element is the Asanti Renderer, which is included with Agfa’s large format printers and is essentially a RIP based on the Adobe PDF Print Engine. This can be expanded into a fully featured workflow by adding the Asanti Production module, which allows operators to prepare jobs before they are sent to the RIP queue. This includes a great deal of automation, mainly based around templates. This allows jobs to be optimised for specific media, as well as for automatic nesting and layout. There are a number of other options, for example, to output jobs to non-Agfa printers, to integrate with cutting devices, or to take on jobs for the packaging market. Naturally, Asanti also draws heavily on Agfa’s proven heritage in colour management.

In conclusion, many printing companies look at software as an add-on to their printers. But it's the workflow software that adds the intelligence, that manages the printers and keeps the jobs flowing, through production to shipping and invoicing.