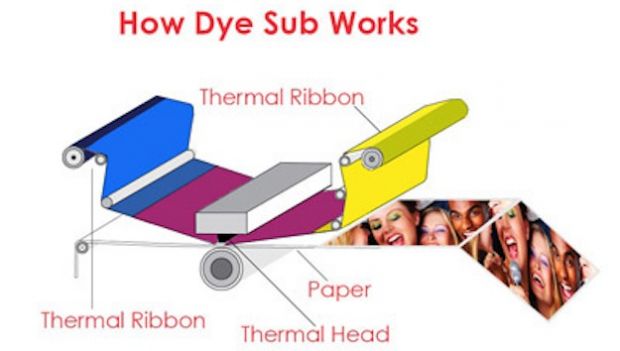 The innovator analyzes the advantages of dye sublimation printing and the influx of dye sub printing into the soft signage UK market during the 2012 Olympic Games.&nbsp;

I've had a lot of conversations with printers and printing press manufacturers recently and one of the themes that comes up time and time again is dye sublimation printing – particularly for the soft signage market. If you wanted to get a feel for the tremendous potential surrounding this market you only needed to pay a visit to last month's FESPA show in London, where there was an avalanche of dye sub printed material on display, in addition to a wide range of new, state-of-the-art dye sub printers.

Although the soft signage market is already well established in parts of Western Europe, the UK has – until now – lagged seriously behind. However, largely thanks to the 2012 Olympic Games, which saw London and a number of other towns and cities situated throughout the UK, wrapped in textiles, awareness of the benefits that this sort of print offers marketers has risen significantly.

As a result the UK is starting to see a sea of highly creative and innovative printed textiles sweeping across the nation, with examples ranging from tear-drop type flags outside petrol stations, through to advertising hoardings at major sporting events. The attractions of dye sub printed textiles are manifold. The material is easy to handle, it's reusable, it offers stunning print quality and vivid colours that really stand out from the crowd, plus because it can be folded into a small footprint (unlike PVC) it's cheap to transport.

Although the majority of people entering this market are printers who were traditionally producing textiles on screenprinting presses or wide-format solvent printers, we're also starting to see examples of companies created specifically to tap into this rapidly growing niche market (I know of three UK printers off the top of my head who launched new dye sub businesses over the last three years to offer fast turnaround work to compete with companies on the continent).

All that said, it's not the easiest market to break into. Dye sub presses take some getting used to – regardless of the level of your printing experience. The kit also doesn't come cheap (especially if you decide to do the finishing in-house as you will need to splash out on sewing machines, trimmers and welders). But industry experts anticipate that the market will continue to enjoy considerable growth over the next few years, so if you've not already made the move into dye sub it's worth giving it serious consideration as petrol forecourt owners, retailers, financial service groups, events organisers are all crying out for soft signage at the moment, so those printers who take the plunge now look set to gain first mover advantage.