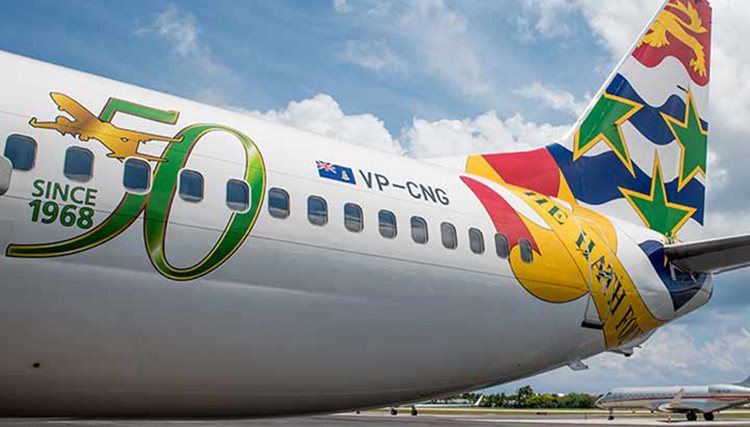 We speak to Rich Thompson, founder and boss of US printers AdGraphics about some of the huge wrapping jobs that his company has undertaken.

“We’ve wrapped entire skyscrapers. We did the Goodyear blimp. We’ve done commercial airliners. Those are all great and exciting, but our bread and butter is still the little things: the day in, day out simple rectangles and squares that people want. Those big things, they might be exciting and sexy but they alone don’t always pay the bills; you have to do the more mundane jobs as well,” Rich says.

Despite the demand for AdGraphics’s products now coming from across the world, Rich’s professional journey was never a global masterplan.

“I don’t think anybody ever grows up thinking they’re going to be a large format digital printer. For me, it was just something that happened through a series of events through family and businesses and relationships,” Rich says.

“One day, we were at a trade show and we saw that 3M had this piece of equipment that printed on what they called at the time Scotchprint. We thought it looked like it had potential, so we jumped in headfirst thinking this was going to make our fortune and, 30 years later, we’ve learnt a lot of lessons. Not everything we hoped and dreamed about back then came to fruition, but a lot of other hopes and dreams did. Like with anything, if you’re an entrepreneur, you figure it out as you go.”

One advantage that AdGraphics has always had is a vibrant local market for large-scale marketing and advertising. 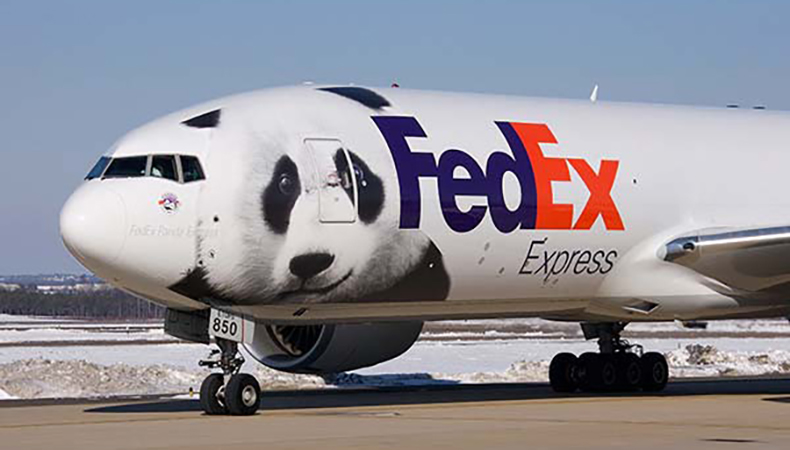 “In Florida the number one economic driver in Florida is tourism – the beaches, the Kennedy Space Centre, the theme parks, the golf courses, the outdoor venues and concerts and sports. There’s just so much here in Florida based around tourism, so we looked at the market and the opportunities,” Rich says.

“It’s sometimes not about what you go after but what comes after you. People say, how do you know what business to go and get? But sometimes it’s about the guy standing there with the cheque in his hand. It’s only sensible to go after that business because that guy has the money there ready for you. That’s what we did. So we do a lot with the theme parks and we do a lot of outdoor marketing or advertising related-printing, as well signage on and inside buildings. Right now we’re working on a project to wrap a monorail and some gondolas, and vehicles are always very commonplace – vehicles come and go every day.

“But I don’t know of any other business that’s wrapped as diverse a range of objects as we have, from a blimp to an airplane to a skyscraper. There are other businesses do some of the things that we do, but not the same range or magnitude of wraps.”

That earlier mention of the Kennedy Space Centre becomes relevant when you start talking about some of the more unusual jobs that AdGraphics has had.

“We’ve even done a commercial rocket that has gone into space,” Rich says.

“One of the biggest and most difficult projects we’ve had was when we wrapped a lighthouse in the Bahamas. A lighthouse is not a perfect cylinder – it’s more of a cone with a wider base and tapering at the top. So you can’t just print straight graphics and expect them to line up and match. When you start from one side and go all the way round, it has to meet on the other side – good luck with that! And that’s in addition to the problems that come with sizing up graphics to this scale. Part of our work is dealing with that, as well as dealing with the inherent flexibility that the film has, and the fact you are taking something that is 2D and you are making it 3D.

“Things show up and people say, can you do this? Right away you want to say, are you crazy? But then you think about it. It’s a bit like the TV show MacGyver. The genius of MacGyver is that he could figure things out. That’s what we do and what inspires us – being able to figure things out, being able to make things happen that the ordinary person has a hard time even contemplating. We’re problem solvers more than we’re printers. We’re solution providers: tell us what you want and we’ll help provide a solution.

“That might mean using a certain machine to print with, and we have a bunch of different machines – it all depends on the application. Different machines use different ink chemistry, so depending on what we’re producing, that may relegate printing to one type of machine with a certain kind of ink. Or some machines print wider than other machines. We have a laundry list of different pieces of equipment that we use depending on the job. No one single machine can do everything.”

Delivering to the world

In terms of specialist wrapping, though, a whole set of new challenges are introduced when it comes to aviation. AdGraphics is the world-leader in aviation decals and wraps, having worked on helicopters, private planes, military jets, commercial airliners and even FedEx’s aviation fleet. 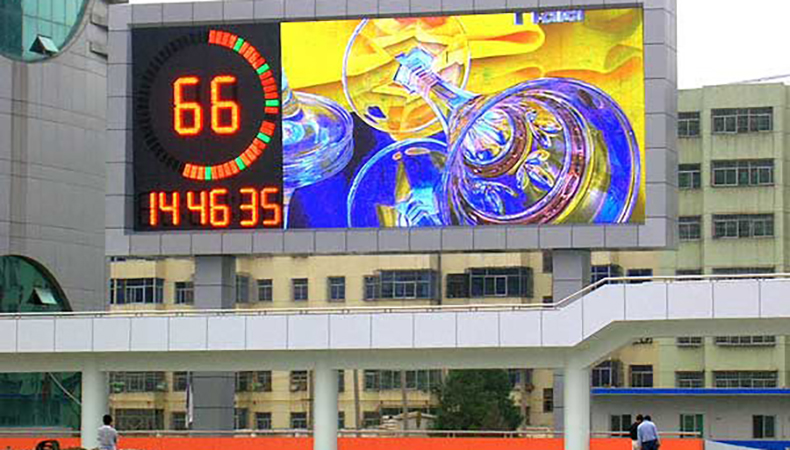 “For aircraft, there are regulations and engineering requirements. In the US we have the FAA [Federal Aviation Authority] whose guidance we have to follow. Companies such as 3M have engineered specific films meant to go on the exterior of aircraft. So we work together with 3M: they provide the films and help to engineer the inks and protective coatings, and we do the execution. We print it and make it pretty, we go to the aircraft and then we install it on the fuselage,” Rich says.

“So part of the difficulty comes in that you can’t just use any kind of material: the material that you use to wrap a car or other road vehicle is not the same material that you can use to wrap an aircraft. Aircraft also have their own set of limitations and parameters that you have to work within. For example, you can’t change the colour of an airplane just by putting a big sticker on the outside of it – there are areas of the aircraft that you cannot cover and there are areas of the aircraft that you have to stay away from, so we’re guided by the engineering advice on that.”

Still, AdGraphics’s work isn’t only flying overseas on the side of aeroplanes – it’s being actively sought after from all corners of the globe.

“We’ve done jobs everywhere from the islands off of Australia through to Europe, South American, the Caribbean, we did a project in China – that surprised me. We’ve even done projects in Africa. 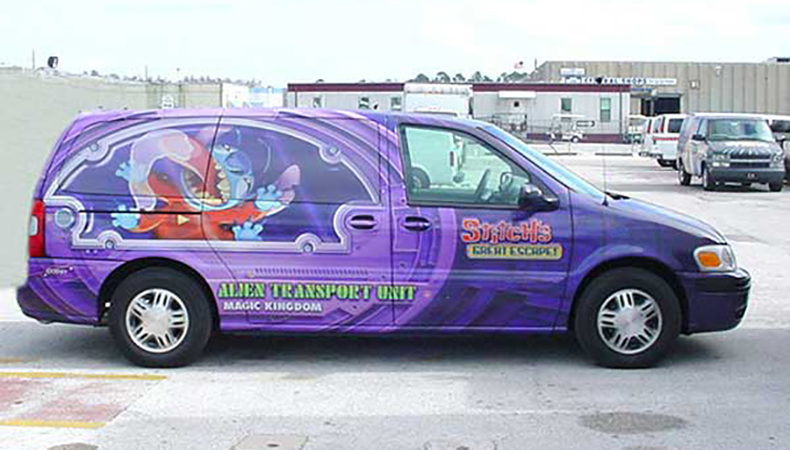 “You know how you get emails from a Nigerian prince saying he has money for you? Well I received this email from an African company saying they had a project they wanted us to do and they would happily wire us the money. I thought, this must be a scam. But I looked at it, and I looked at it again, and I thought for some reason it might be valid. I investigated it a bit and, sure enough, we ended up shipping a crate of graphics over to Nigeria.

“So the next time you get that email from your Nigerian cousin that you never knew about, it might be worth looking into!”

We speak to Kornit Digital’s Scott Walton about the company’s unique waterless printing technology and how it’s answering today’s manufacturing and sustainability challenges.

Digital fashion and textiles: the next challenges