Our return from COVID in Portugal 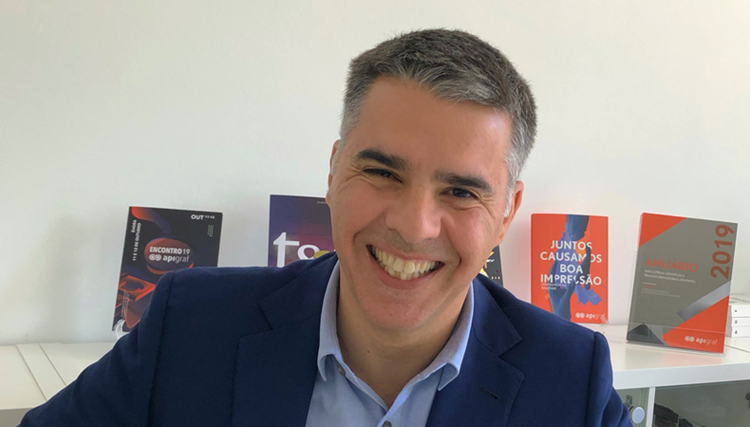 Paulo Dourado, Director, Communication and Image Office at Apigraf in Portugal, explains how the pandemic proved printing is an essential “industry of industries”.

How was the Portuguese industry affected by COVID-19?

The impact of the pandemic in Europe was overwhelming – and Portugal was no exception. We were among the first European countries that understood the public health importance of locking down, and the public health emergency was declared on 16th March 2020. In the second quarter of 2020, economic activity halved, and the printing companies’ output almost stopped. Two major sectors impacted the print industry: tourism and events. However, the printing industry rapidly showed its relevance in sectors such as health, essential goods and medical supplies, which all needed printed products, such as packaging and signage.

How would you say the industry is ‘progressing'?

Entrepreneurs in this sector have faced many crises over the years, whether they were economic (such as in 2008) or structural (when pre-press saw the revolution caused by computer technology, and later computer-to-plate) or competition of electronic media. Printers always knew how to respond, innovate and adapt.

This crisis caused by the pandemic will be no exception: new products are emerging, such as acrylic dividers, antibacterial finishes and instructional graphics. I am sure that this sector will emerge from this situation with many lessons learned. In 1963, Leon C Megginson, a professor at Louisiana State University, delivered a sentence that went down in history: “It is not the most intellectual of the species that survives; it is not the strongest that survives; but the species that survives is the one that is able best to adapt and adjust to the changing environment in which it finds itself.”

What have been the unexpected consequences of COVID-19 for the industry?

I think it is too early to do this type of analysis. One of the things that the pandemic brought was the reduction of time: short-term is now 24 hours, medium-term is two days, long-term ... maybe a week. I think printers are still in a reactive, not a proactive phase. They are still trying to understand the needs of the market and respond accordingly.

How have printers innovated to survive and thrive?

Good question! That is the point. We are still in a period of survival, in which the client markets are also evolving and planning their response. There are clearly growing sectors, such as packaging and labels, in which companies have thrived, but there are other sectors that are stagnant. Just to give an example, summer festivals in the Lisbon area are usually very popular, with thousands of people watching the shows. There are enclosed spaces, with a lot of static advertising, a lot of printed products circulating. How many were made this year? None.

I really don’t like the word “normal” in this context, because it’s far from normal. “Normal” is people living together, watching shows with thousands of others around them. It is companies doing business without restrictions. Honestly, I think the situation will develop positively when a widespread vaccine becomes available and is distributed worldwide. Until then, we will have to live two metres away from each other, with a mask on our face.

In March there was panic. People did not know what to do, except that they were told to lock down at home. Suddenly, in Europe, it started to be said that companies also had to stop their businesses. Only those that produced medicines and food were allowed to be open: the so-called “essential” industries. Therefore, it has become essential to explain that without boxes there are no medicines, without packaging there is no food on supermarket shelves. Without signs, people would not know how to get around. 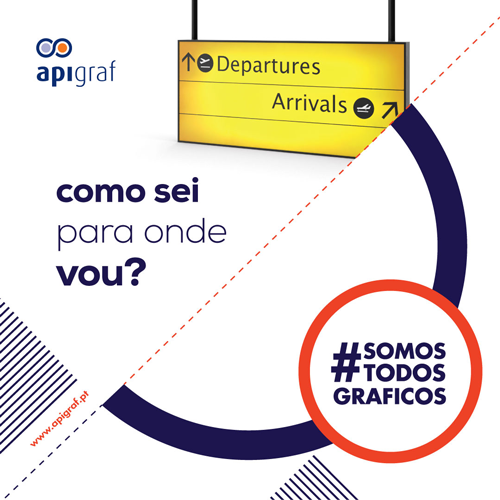 It was here that the #somostodosgraficos campaign was launched, #weareallprinters, in English. Because all of us, in our family or professional activities, depend on products from this wonderful industry. Even to survive! The online campaign was launched and shared on social media and achieved a very positive response.

What optimistic signs do you see in the future?

Let us look at the recent past. Radio was supposed to signal the end of newspapers, television was supposed to replace radio, newspapers and magazines. Then came the internet, which was some feared would be replace all print media. But of course, these new channels presented alternatives for advertising and promoting products. It has led to a far more complex landscape but has certainly not delivered the death of print. In fact, as we say in our campaign: “We are the industry of industries!”

How to use certified lifecycle analyses in PVC-free signage

Beppe Quaglia, CEO of Virus Inks in Italy, on the technical challenges of adhering to restricted substance regulations, and how eco inks push creative potential.

Why Highcon is turning to AI to maximise packaging productivity

In the final part of our series on sustainable energy, we look at the environmental and business benefits of sub-metering and voltage optimisation in your print business.