How to make the switch from plastisol to water-based inks 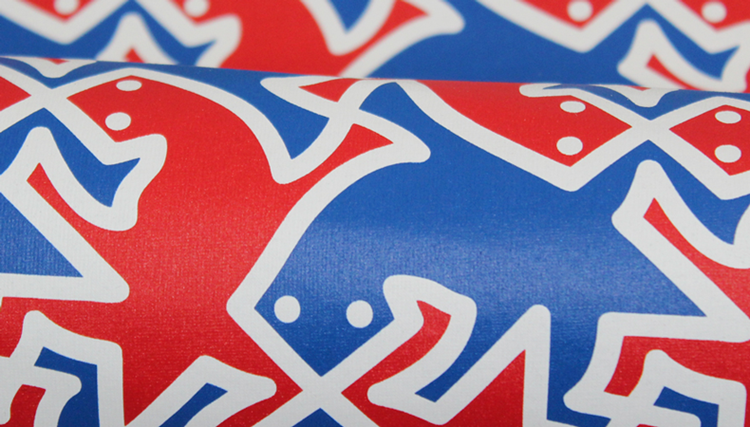 It’s now easier than ever for printers to introduce environmentally friendly inks into their usual processes, and gain an edge over competitors.

When plastisol became widely used in the early 20th century, it was a revelation for manufacturers. Initially designed as a replacement for natural rubber, the material soon found favour with textile printers – and for good reason. The ink could be flashed quickly and stacked on top of itself, enabling complex designs on any type of garment. Mass production took off, and the screen printing industry exploded.

But times have changed, and while textile printers still demand the same levels of usability and cost efficiencies afforded by plastisol, a global focus on pressing environmental concerns means the material, with its far-from-sustainable credentials, can no longer be the go-to choice for ink. Consumers and retailers – those that drive demand for screen-printed products – have become wary of plastisol’s chemical make-up, the harmful solvents needed to handle the material, and the consequences of its run-off on the natural environment. These concerns have pushed some major fashion brands, Adidas and Nike, for example, to doing away with plastisol entirely. Water-based solutions
The alternative is water-based ink – a material that has historically faced some scorn from printers and was for a while regarded as a poor substitute to plastic-based products. But this is no longer the case. “People have this preconception that water-based inks are difficult to use and hard to manage, but today’s technologies are completely different,” says Theresa Dever, Technical Sales Manager at UK-based MagnaColours, whose ‘Make the Switch’ campaign encourages printers to transition away from plastisol.

“Water-based inks are easy to use and have a fantastic stability on the screen. You can leave the mesh covered and go for lunch and come back and start printing immediately,” says Theresa. “They’re easier to clean down as well – you just use water instead of traditional solvent-based products to clean the screens.”

The hand-feel is softer and so much more appealing, with the ink sitting within the fabric rather than floating on top

But one of the most noticeable differences, Theresa says, is the print result. “The hand-feel is softer and so much more appealing, with the ink sitting within the fabric rather than floating on top – a look that consumers almost always prefer. And it’s just as durable with a very high wash fastness. These inks are a rival to plastisol in every way.”

Making the switch to water-based inks is a straightforward process. Printers can continue to use the kit and machinery they already have, it’s simply a question of using a different type of ink – there are no additional costs involved. There is, Theresa says, a little more discipline required with water-based inks, but that’s just a matter of “housekeeping”. The benefits and end results “far outweigh” the extra time put into the process.

Indeed, these inks offer a range of advantages beyond a softer hand-feel and a satisfied eco-minded market. Printers can expect to see reduced energy costs thanks to fast curing, low temperatures and reduced flash times. Wet-on-dry printing is feasible, with slow drying in the screen helping to reduce blockages and stoppages, and ink consumption is generally lower as fewer print strokes are needed to achieve desired opacity.

Still, Theresa concedes that some printers are wary of making the change. “It’s true that, historically, water-based inks haven’t been great, but that’s absolutely not the case anymore. Of course, some people just like to stick with what they know, so it’s our job is to make sure printers know that transitioning away from plastisol doesn’t have to be a big challenge. We’re increasingly seeing printers running both plastisol and water-based inks side-by-side until they feel confident to make the change completely, and that usually doesn’t take very long.”

Printers will find plenty of help and advice through Magna Colours’ Make the Switch programme. The company initially conducts an end-to-end review of production processes and creates a road map of subsequent action. Water-based inks will then be trialled at the print premises, with supervised wash tests carried out to ensure optimum print quality.

Training and support is available and encouraged at every step, and following successful print trials a full order is printed to analyse and evaluate every part of the production process, from screens to curing. “We’re there to support you throughout the entire journey,” Theresa says.

Water-based inks are the absolutely the future of screen printing

As is the case with every industry, sustainability credentials in the print world are no longer simply a ‘nice to have’ – they’re driving an integral part of consumer behaviour and supply chain procurement. And it’s likely that we’ll see more official legislation and governance implemented in the coming times – many are already mindful of certification systems such as OEKO-TEX Eco Passport and GNA (the garment printing chemical standard). As such, making the switch is something printers should consider doing sooner rather than later.

“Water-based inks are the absolutely the future of screen printing,” says Theresa. “So now is a good opportunity for printers to willingly convert, so they have time on their side and can see the benefits and understand and use the inks without pressure. Plus, they’ll have the competitive advantage against those that are slower to make the switch – plastisol is definitely not in style anymore.”