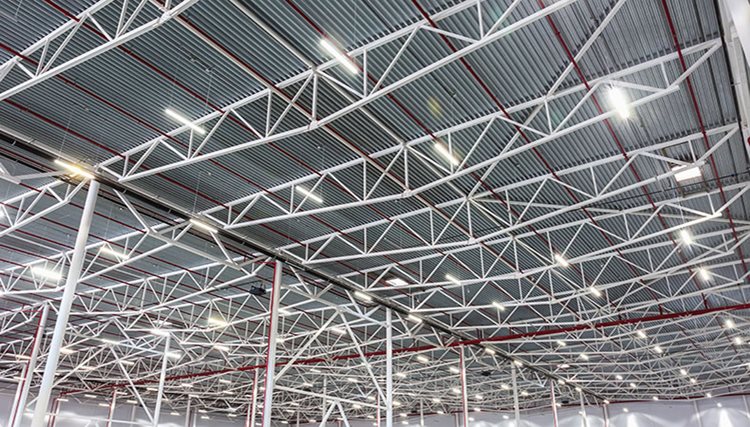 In the second of a series on sustainable energy, we look at the environmental and business benefits of LED in your print business.

An EU-wide ban on the sale of traditional halogen lightbulbs, which came into force last September, has left fewer options for businesses looking to install new lighting systems.

Certain types of fluorescent bulbs have also been banned under the new rules. Incandescent lightbulbs were phased out across Europe more than a decade ago because of environmental and efficiency concerns.

The moves have seen a growing number of businesses turn to light emitting diode (LED) modules. LEDs accounted for 22% of the lightbulbs sold in Europe in 2015, up from 0% in 2008, according to the European Commission. The average energy efficiency of LEDs also quadrupled between 2009 and 2015, and prices dropped significantly: compared with 2010, in 2017 a typical LED lamp for household use was 75% cheaper and a typical LED lamp for offices 60% cheaper.

LEDs are the most energy-efficient lighting technology for almost all applications on the market, and offer significant savings on electricity bills while slashing businesses' environmental footprints.

How does LED work?

An LED bulb works by passing an electric current through a semiconducting material – a substance that has properties combining those of a conductor, such as copper, and an insulator, such as glass. As electricity passes through the material, electrons in the semiconductor become excited and emit photons of light through a phenomenon known as electroluminescence.

While a traditional halogen bulb lasts around two years, or approximately 2,000 hours, an LED can typically last for more than 20 years – and potentially up to 50,000 hours

This process generates just a fraction of the heat produced by incandescent or halogen bulbs, which pass a current through a filament that thins as it gets hot. Only 10% of the energy used by an incandescent bulb is converted to light; the other 90% is lost as heat.

The fact that LEDs lose far less energy through heat – and therefore require less energy to power – makes them much more environmentally friendly. They also last significantly longer than incandescent or halogen bulbs.

“LEDs last longer and use 80% less energy to produce the same amount of light than traditional halogen bulbs,” explains Brian Horne, Senior Insight and Analytics Consultant at the Energy Saving Trust. “As LEDs are the most efficient lighting technology available, they use less electricity, and so less carbon dioxide is emitted.”

How much more efficient?

Compact fluorescent lamps (CFLs) were the first energy-efficient bulbs on the market. However, these still use more energy than LEDs. A 60-watt incandescent or 13-18 watt CFL bulb give off 750-900 lumens of light. This output can be replaced by a 6-8 watt LED bulb; the average energy efficiency of LEDs quadrupled between 2009 and 2015.

If a business running five days a week for 10 hours each day were to replace 100 60-watt incandescent bulbs with 100 8-watt LEDs, with energy costing €0.22 kWh, they could make monthly savings of approximately €247.87. These calculations can be made using online tools such as the LED Savings Calculator (available at thecalculatorsite.com).

As well as using up to 80% less energy than traditional bulbs, LEDs are cheaper in the long run because the replacement costs are lower. While a traditional halogen bulb lasts around two years, or approximately 2,000 hours, an LED can typically last for more than 20 years – and potentially up to 50,000 hours. A CFL bulb has a lifespan of around 8,000 hours.

So, if a business were to install 100 standard LED bulbs costing €6 each, an initial outlay of €600 could provide 20 years of lighting. By comparison, CFLs may be cheaper to install at first – with initial investment costing around half the price, at around €3 per bulb – but may need to be replaced more than five times as regularly, making LEDs cheaper in the long term.

LEDs are not only more energy efficient than CFLs, incandescent and halogen bulbs, but also contain no hazardous materials and so do not require specialist disposal

“This also reduces the environmental impact of frequent bulb replacement,” Brian says. “Commercial light fittings vary enormously in terms of power use, the savings you can make, and the ease and cost of replacing them.”

CFLs work by passing an electric current through a tube containing argon and a small amount of mercury vapour. This generates invisible ultraviolet light that reacts with a fluorescent coating on the inside of the tube, which then produces visible light. Although CFLs use less energy than incandescent and halogen bulbs, the toxic chemicals inside them are very harmful to the environment when disposed of in landfill sites and so need to be collected by specialist waste carriers. LEDs are not only more energy efficient than CFLs, incandescent and halogen bulbs, but also contain no hazardous materials and so do not require specialist disposal.

Lighting accounts for around 10% of the EU’s energy use; recent analysis by LED lighting firm Signify found that upgrading the EU’s existing 2.3 billion conventional lighbulbs to LEDs would reduce annual CO2 emissions by 50.9 million tonnes. This is the equivalent to the CO2 sequestered each year by 2.3 billion trees – a forest larger than the UK. It would also save 188.5 TWh of electricity per year, translating into €40bn in electricity cost savings across the 27 member states.

“Our findings reveal that switching to connected LED lighting provides the EU with a golden opportunity to help reach its emission reduction goals and stimulate national economies,” says Harry Verhaar, Global Head of Public at Government Affairs at Signify. “The switch to LED lighting will see an initial investment paid back in less than two years. It’s a no-brainer for the planet.”

LEDs come in the form of lamps, spotlights and strips, and there are various brands and models to choose from. Last year’s EU regulations banning halogen bulbs also introduced a simpler energy efficiency labelling system to help businesses choose how to best cut their bills and carbon footprint. This was largely because the growing number of LEDs achieved an A+ or A++ rating, so the new labelling system moves to a simpler A-G scale, with the most energy-efficient products currently on the market typically now labelled as C or D. The European Commission’s impact assessment of the new rules indicates that the changes will save 7 million tonnes of CO2 equivalent per year by 2030.

“As the most common and adaptable light fitting, LEDs are versatile and suitable for replacing both dimmable lights and spotlights,” Brian says. “The new labels also include a QR code, where you can access further information about the bulb – including lifespan, temperature, colour consistency and beam angle.”